These diverse themes in Youichi’s work are understood when it is known that he was born in a city linked to the sea and surrounded by nature. His interest in flora and fauna is a constant in Japanese culture and art.
Youichi is also fascinated by industrial interiors and buildings under construction, he finds them a great personality and more than a painting, he makes them a portrait. In his works he applies vigorous brushstrokes typical of traditional Japanese calligraphy, achieving a captivating rotundity and gestuality.

Youichi Tanabe (Japan, Kumamoto, 1949) has developed a remarkable career as a painter. His trajectory includes individual exhibitions in Gallery and international Fairs in Belgium, Denmark, Switzerland, China, Russia, Japan, Holland, Portugal, Italy and Spain.
His work flows within figuration and in his most recent production, parts of his paintings approach abstraction without losing the suggestions to forms. In this way looking at a Yoichi painting becomes a search for the themes hidden behind provocative suggestions that encourage one to keep searching.
Showing an impeccable balance of composition and chromatic ranges, he executes his works with a masterful mastery of techniques with predominance of oil. 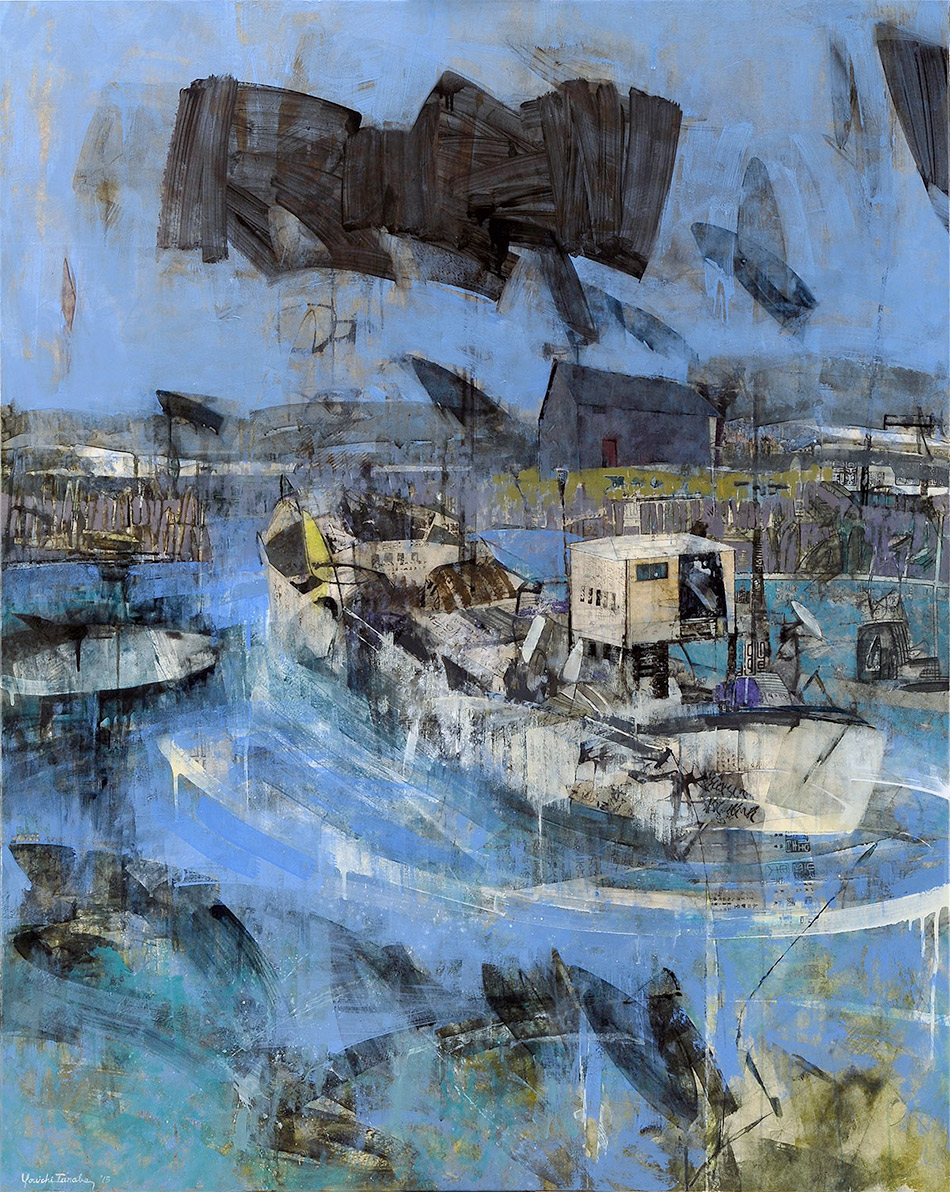 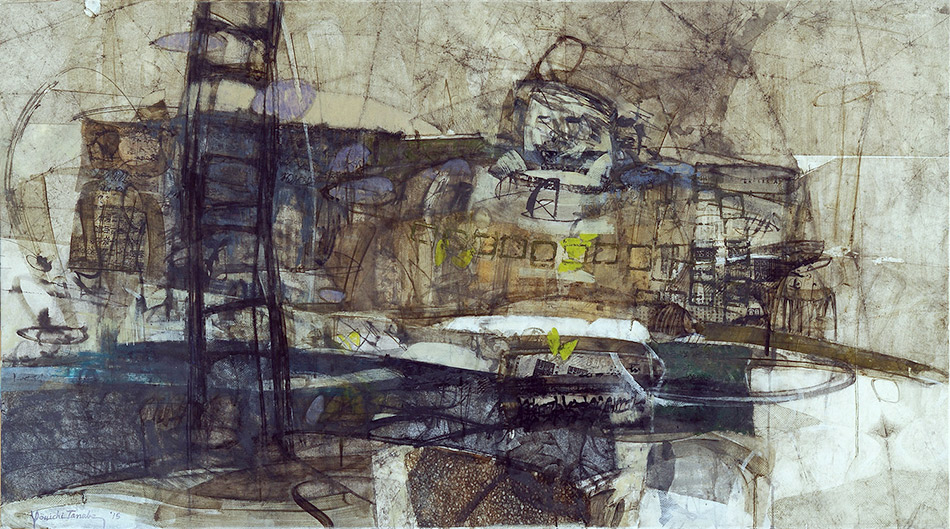 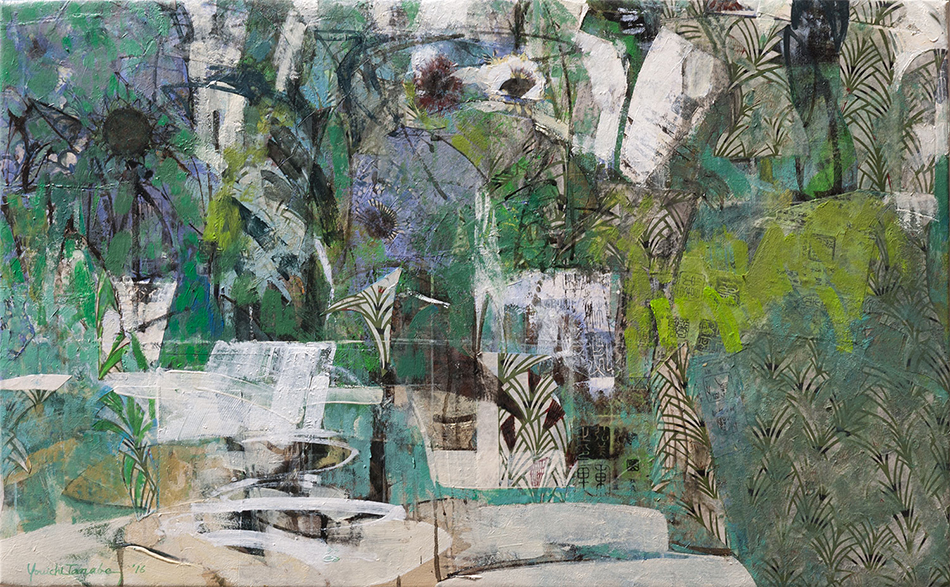 “Since 2012 I am engaged in studying my work again, naturally through painting new works. Subject matter is almost the same like before: ships, landscapes with birds, flowers, etc.

If the history of fine art, particularly painting is a growing tree, there is a tall tree rising when we see the past (and maybe today). Every branch and all the leaves are great masters and many unknown painters, including the ones of Altamira or Lascoau. This tree rooted deep and the roots suck up water from the soil of the field.

After the Second World War, ist this tree still growing? Or is there no more growth? I am not sure about this. We are already in the epilogue of this long history.

I hope to walk near the tree a little more, and eagerly listen its murmur. It seems like an old artisan is looking for something, maybe a milestone somewhere on a foggy field. With a toolbox? Of course this is vital for the quality of his work.

I think what I just wrote about is too abstract and I continue painting with traditional materials, techniques and concept. Perhaps I only talked about an artisan spirit and he is only thinking while he is working.”