From October 10 through January 3, 2016
Nelson-Atkins Museum of Art 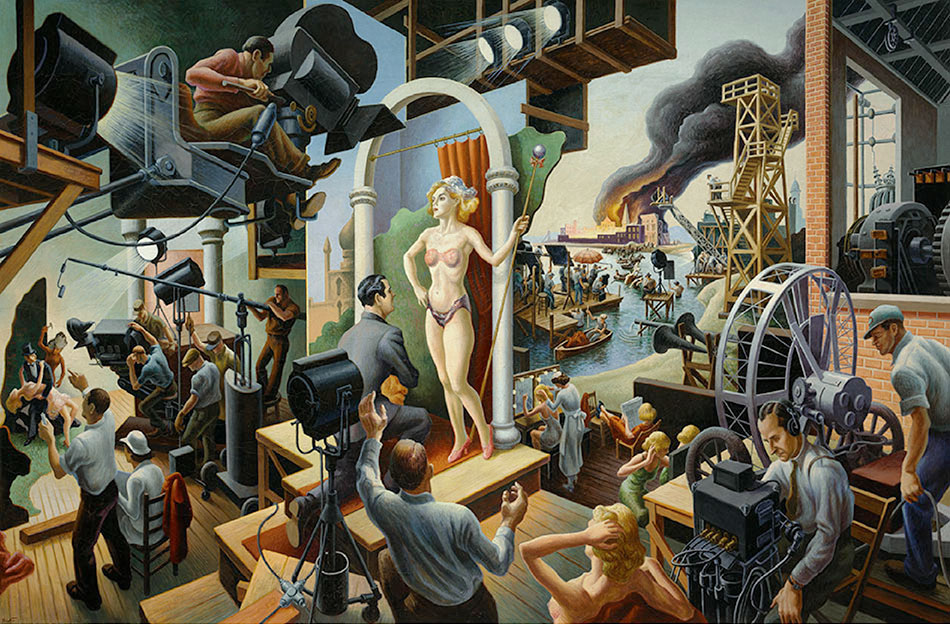 The first major exhibition dedicated to Thomas Hart Benton in more than 25 years takes a thematic rather than biographical approach to the artist’s career, revealing important but overlooked connections between Benton’s art, the movies, and visual storytelling in 20th-century America

This exhibition includes approximately 100 works by Benton: 50 paintings and murals along with a selection of his drawings, prints and illustrated books. In addition, throughout this exhibition, Benton’s art is paired with historic movie clips. These pairings present opportunities to explore how both Benton and filmmakers created engaging visual stories with popular appeal. 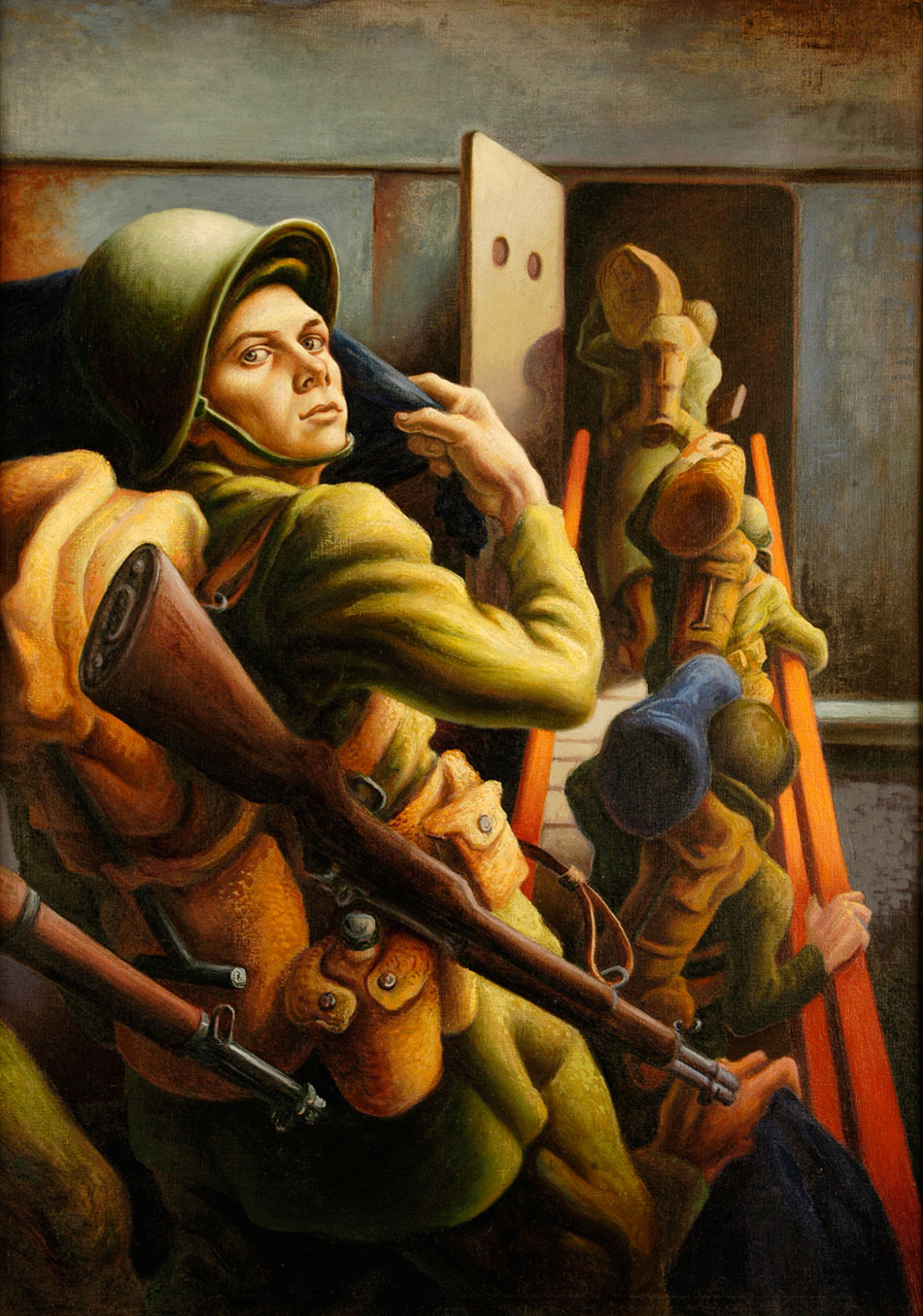 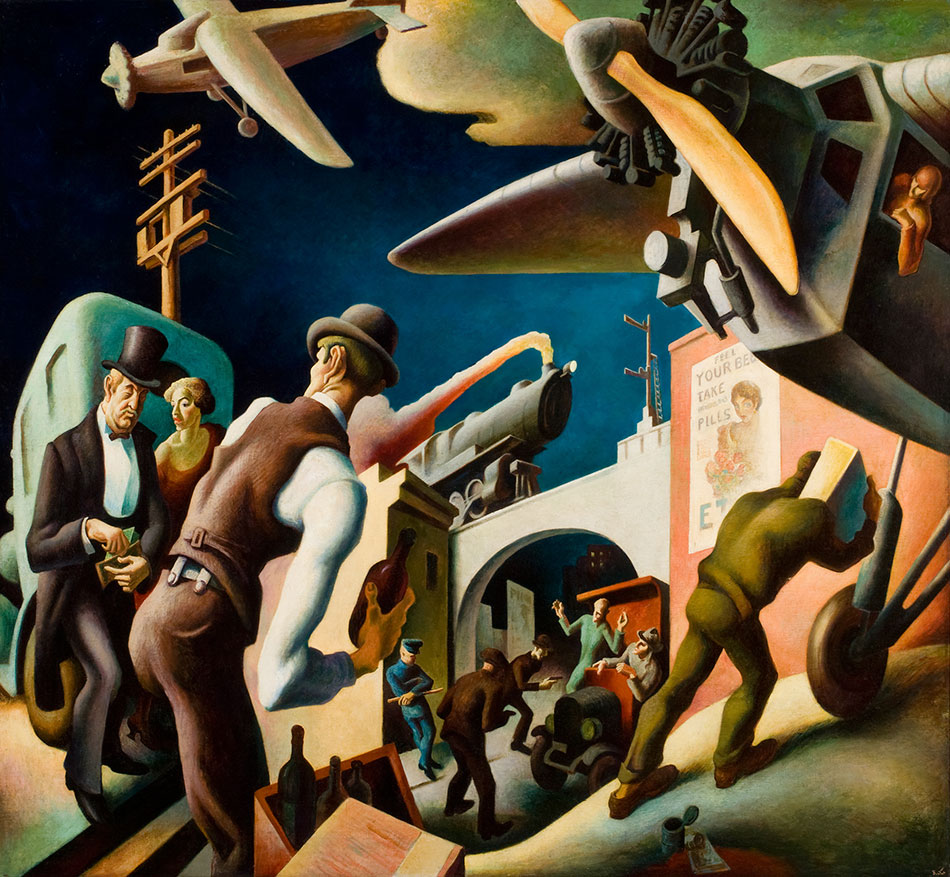 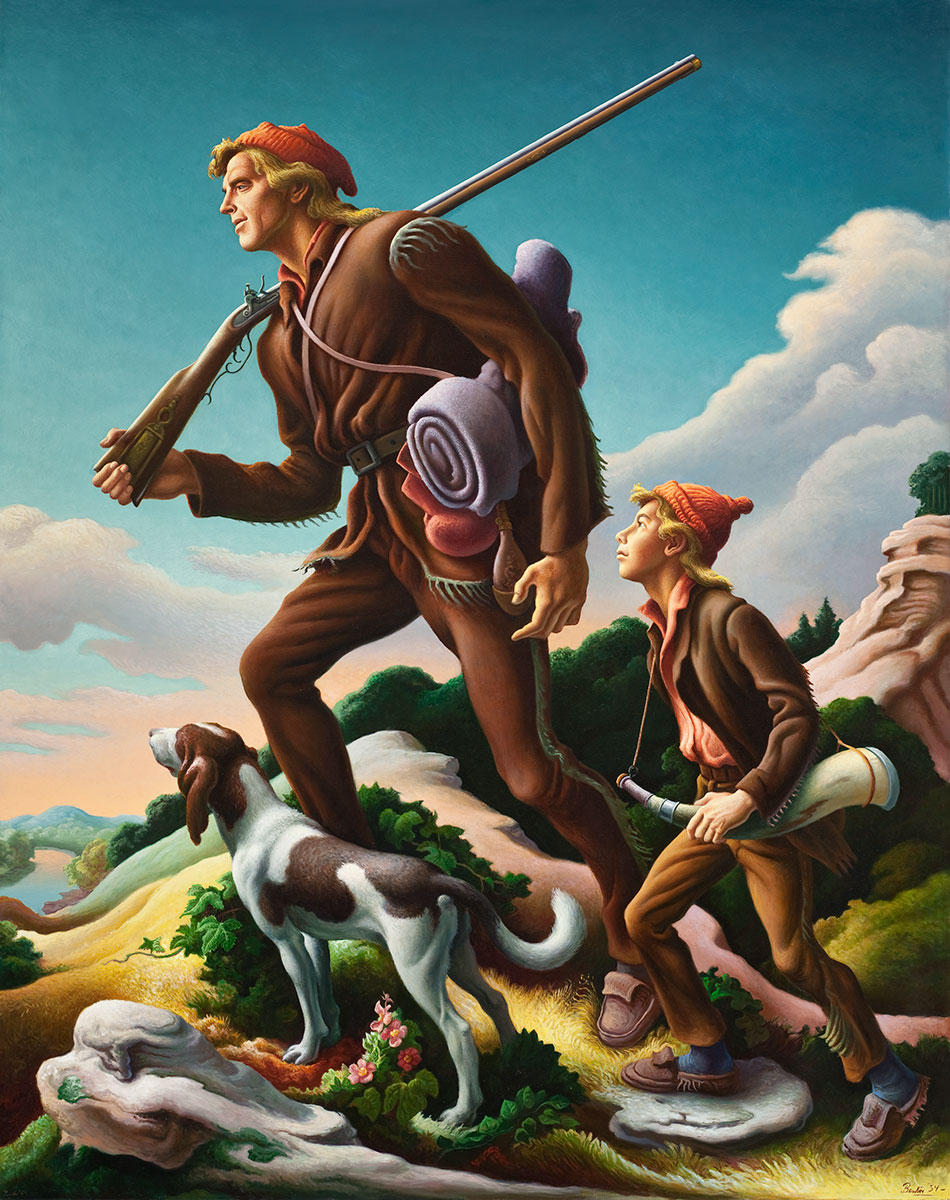 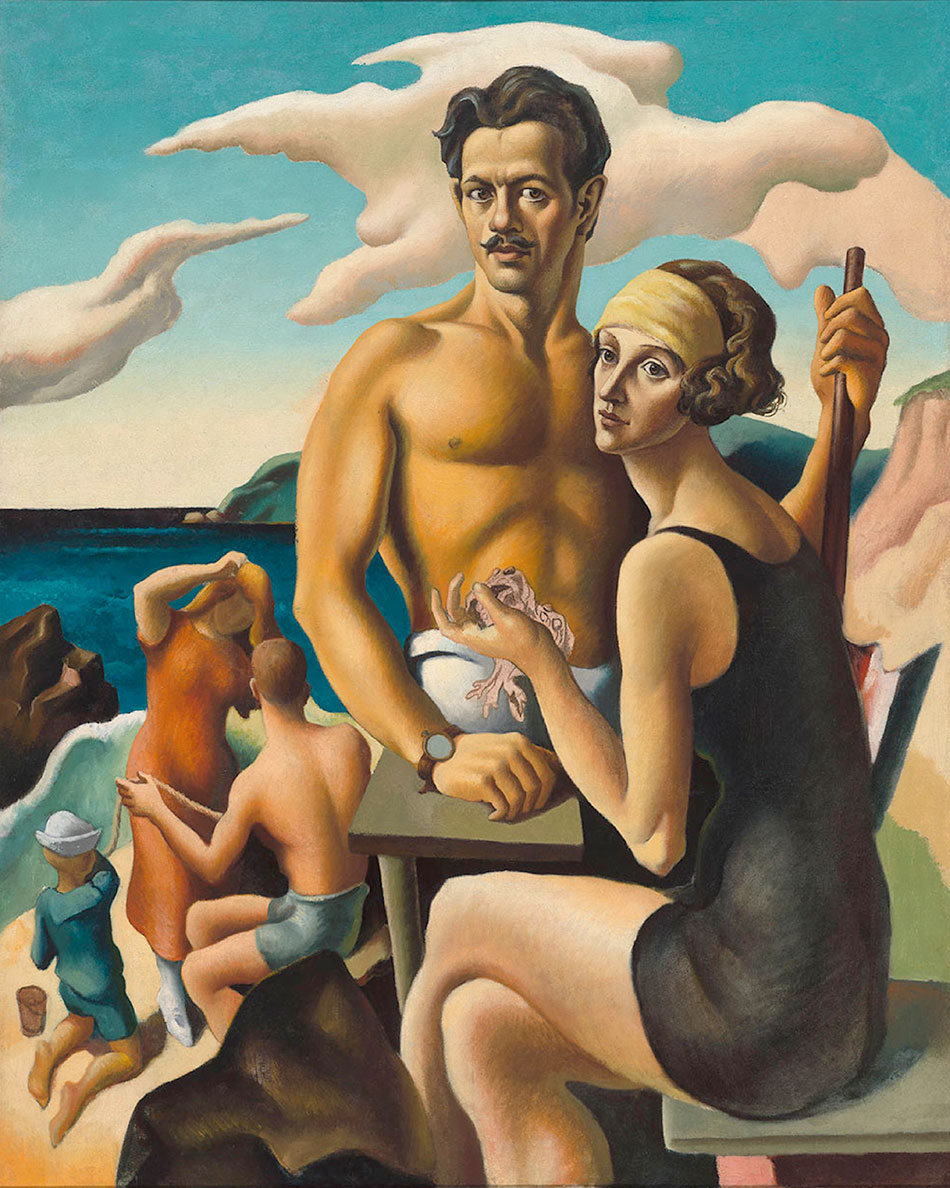 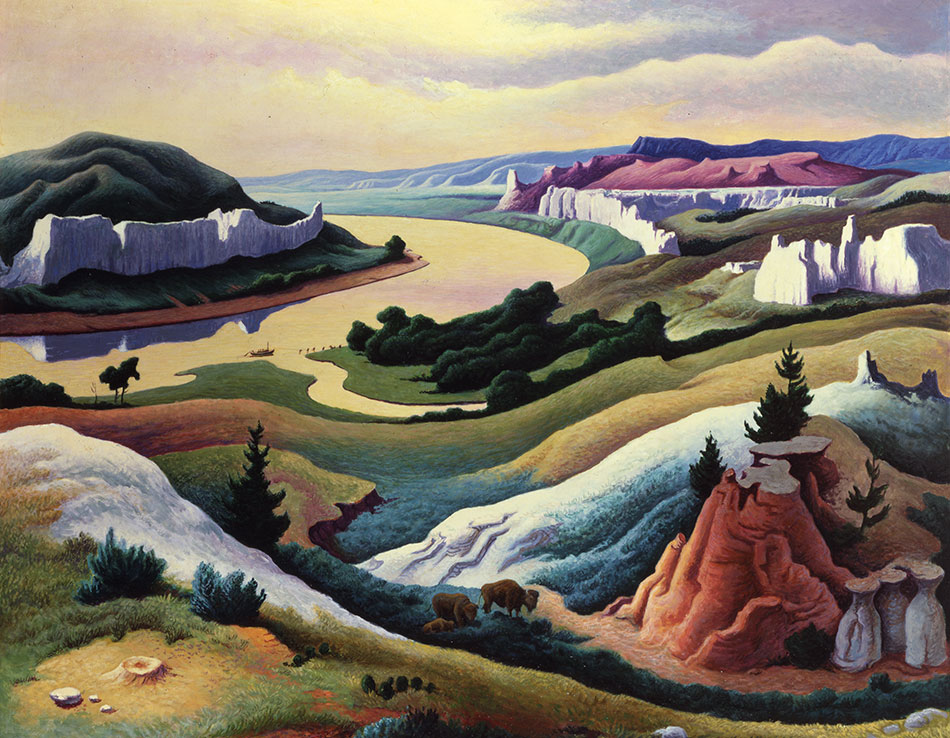 Around 1917, Benton worked on silent movie stage sets in Fort Lee, New Jersey—the first “Hollywood.” Between 1937, when Life magazine sent the artist to Hollywood on commission, and 1954, Benton painted five major works for projects related to motion pictures. This exhibition is the first to connect these experiences to the rest of the artist’s career. Benton was acutely aware of contemporary storytelling’s shift toward movies, and he achieved his greatest fame during the so-called golden age of Hollywood when more than two-thirds of Americans went to the movies weekly. 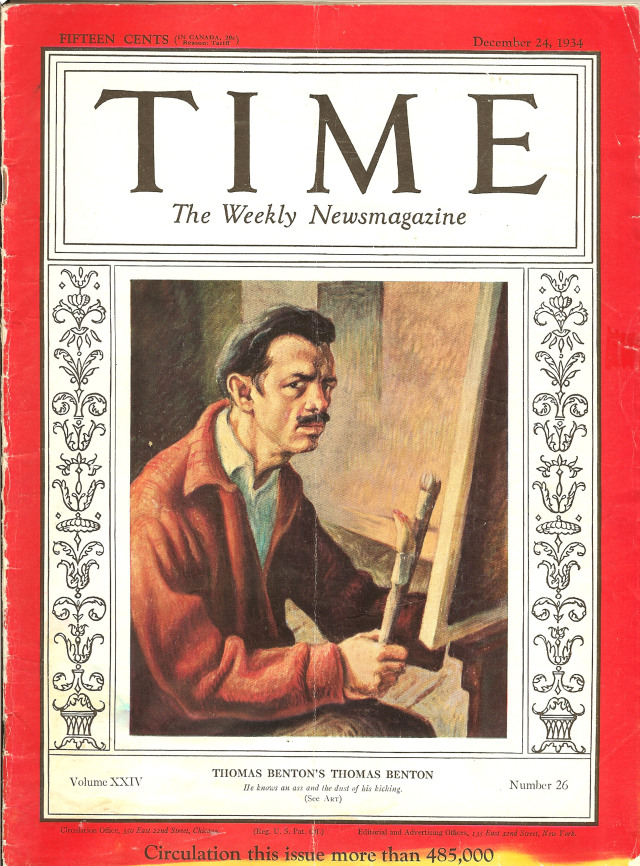 During the early 30s, American artists began a departure from the work of their European counterparts, instead looking to their own surroundings for inspiration. In 1934, TIME magazine gave a name to this trend: the “U.S. Scene” or “Regional art”. The corresponding article recognized Benton’s influence as a leader in the movement, and, appropriately, the cover featured Benton’s 1925 Self-Portrait. 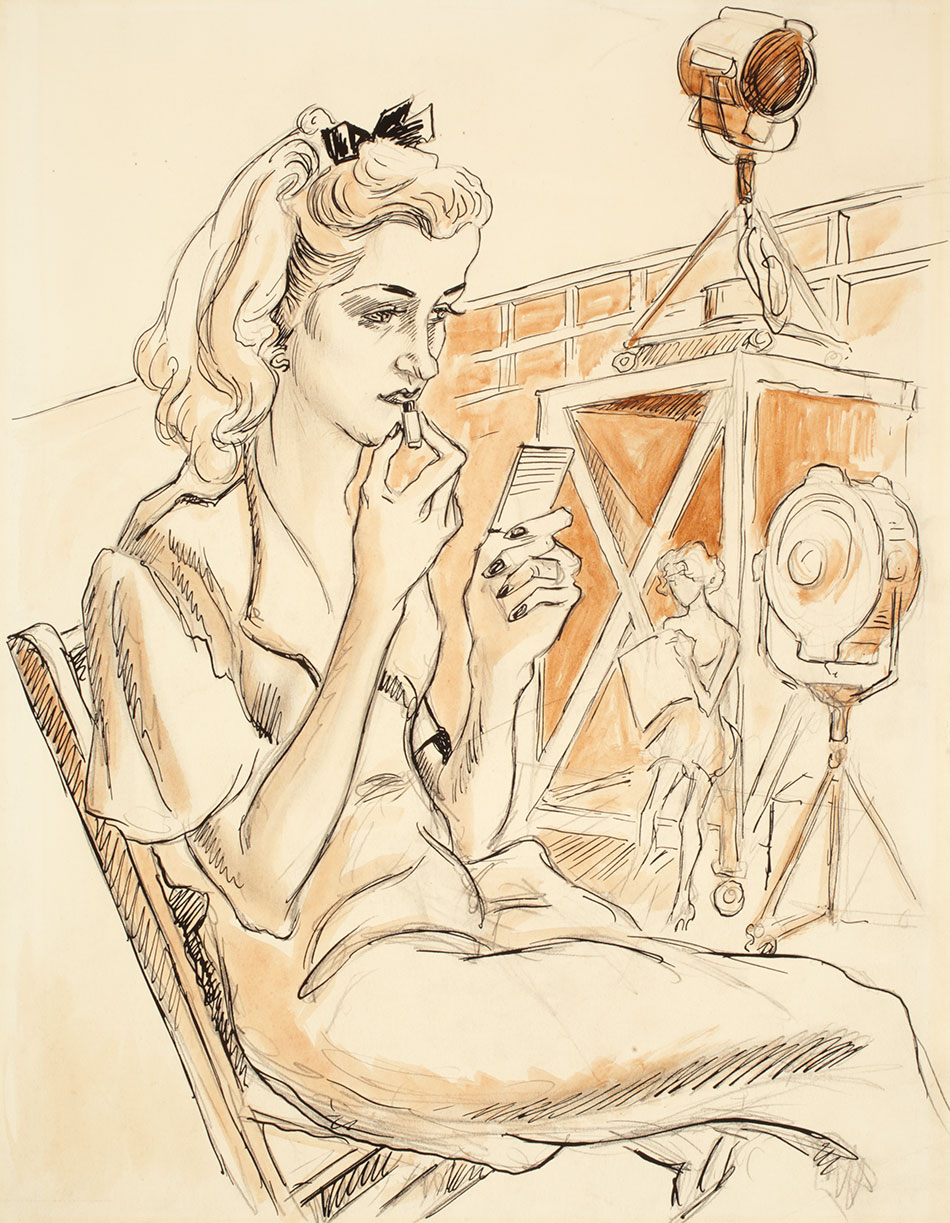 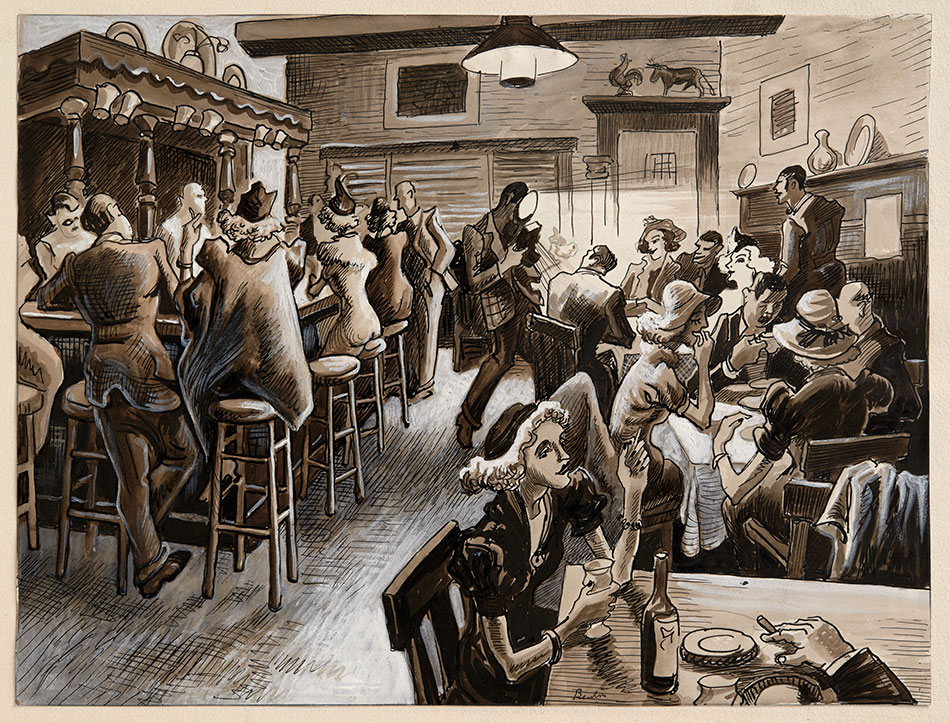 The largest collection of Benton’s works

The Nelson-Atkins holds the largest collection of Benton’s works, including the painting Hollywood, and his masterpiece, Persephone. Many of these works will be incorporated into the exhibition, American Epics, or will complement the show by being on display in the American Galleries. 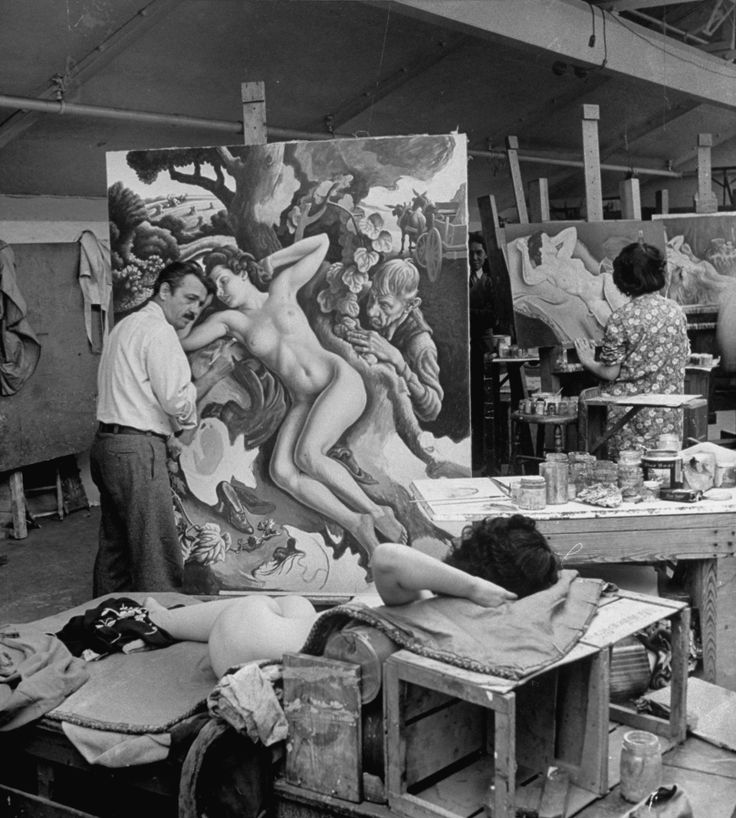 Tomas Hart Benson at his studio painting his masterpiece Persephone 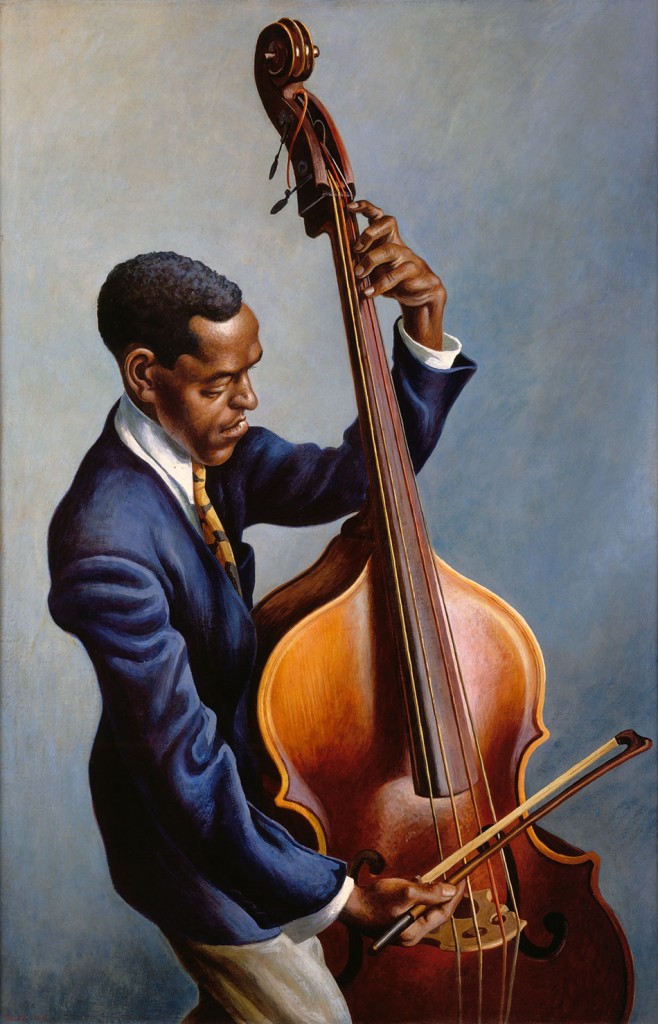 “This is an ambitious and fresh approach to the quintessential American artist Thomas Hart Benton that reveals important but previously overlooked connections between his art and the golden years of Hollywood,” said Julián Zugazagoitia, Menefee D. and Mary Louise Blackwell CEO & Director of the Nelson-Atkins.

“For the first time, we are able to see the allure of Benton’s paintings as cinematic narratives in their content and composition.”American Epics: Thomas Hart Benton and Hollywood invites audiences to explore how artists and filmmakers create visual stories about artistic, cultural, and national identity.

“Concurrent with the so-called golden age of Hollywood, Benton developed a painting style that was cinematic in process, composition and content to express his interest in American people and American stories, broadly defined. His paintings and murals melded elements intrinsic to recent motion pictures with centuries-old European painting traditions that resulted in visually dynamic narratives. These qualities, in addition to Benton’s celebrity status as a nationally acclaimed artist, made his work especially alluring to both the public and Hollywood,” said Stephanie Fox Knappe, Samuel Sosland Curator of American Art at the Nelson-Atkins.

A grant from the National Endowment for the Humanities allows free admission to
American Epics: Thomas Hart Benton and Hollywood on Thursdays from 5–9 p.m.

* American Epics: Thomas Hart Benton and Hollywood was organized by the Peabody Essex Museum, Salem, Massachusetts, in collaboration with The Nelson-Atkins Museum of Art, Kansas City, and the Amon Carter Museum of American Art, Fort Worth, Texas.

Kansas City Remembers
Thomas Hart Benton: The Man and the Inspiration
Thursday, December 10
6 p.m. Lens 2
Hear six five-minute stories about Kansas City’s famous son from those who knew him or have been inspired by him. Then share your own thoughts and reflections with speakers and fellow participants during an intimate remembrance.
Image captions: Thomas Hart Benton, American (1889–1975). Hollywood

Sponsors
The national tour of this exhibition is sponsored by Bank of America. 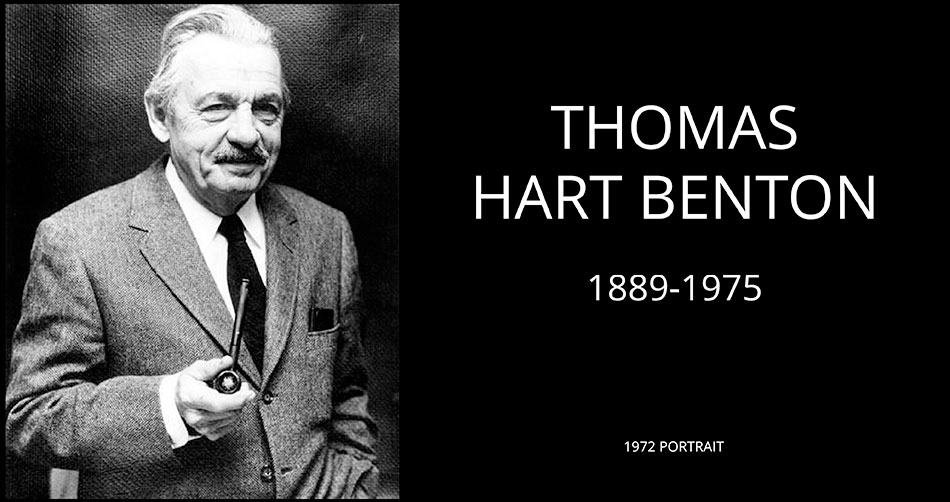