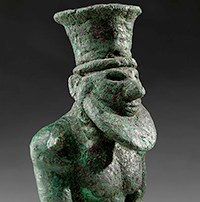 MESOPOTAMIA. Copper Sculpture, ca. 3300–2000 B.C.
Standing about a foot tall, the small yet monumental “foundation figures” in ancient Mesopotamia were not created to be seen by mortal eyes. Cast in copper and placed beneath the foundation of a building, often a temple, they were intentionally buried from prying humans. They combine both abstract and natural forms and were created at the behest of royal rulers …READ MORE 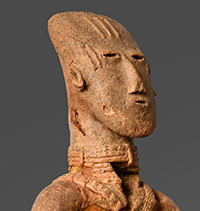 SAHEL, Art and Empire on the Shores of the SAHARA
METROPOLITAN MUSEUM OF ART. The exhibition will bring together some 200 works that were created in parallel to these developments, including spectacular sculptures in wood, stone, fired clay, and bronze; gold and cast metal artifacts; woven and dyed textiles; and illuminated manuscripts…READ MORE 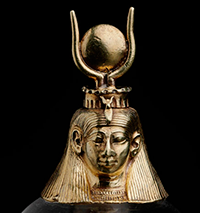 NUBIA Kingdom
MUSEUM OF FINE ART, BOSTON. Already an established and fortified city by 2400 B.C.E., Kerma grew to become the capital of a vast Nubian kingdom by about 1700 B.C.E., with a trade network that reached from the Nile Valley into Central Africa and the Red Sea coast… READ MORE 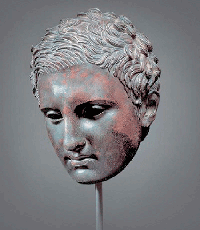