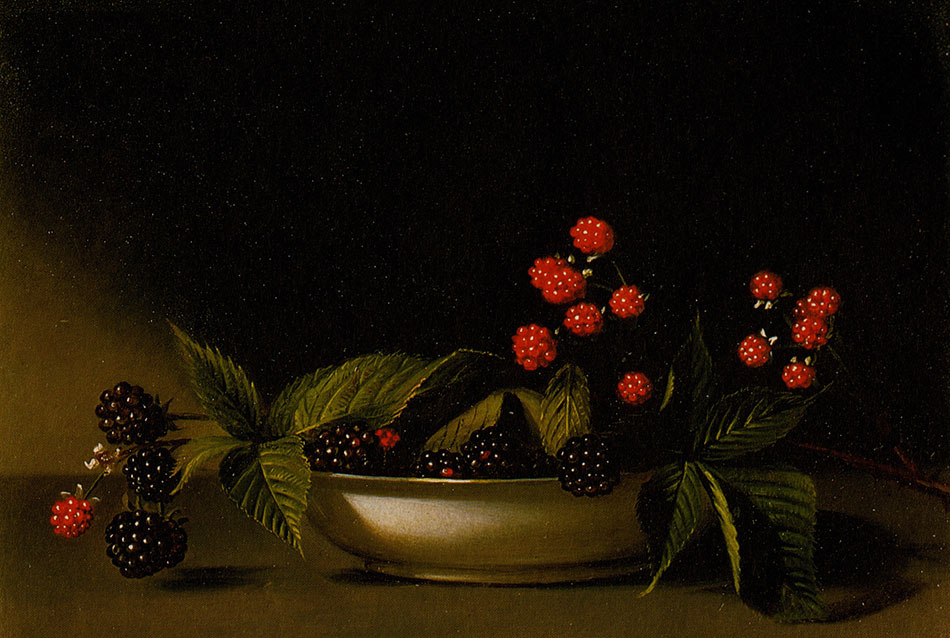 The Philadelphia Museum of Art will present a major exhibition surveying nearly two centuries of the most intimate, intricate, and varied genre of painting practiced in the United States. Audubon to Warhol: The Art of American Still Life will explore the nature and development of still-life painting in this country from the days of the early American republic to the emergence of Pop Art in the early 1960s, providing a fresh perspective on the evolution of this genre over time and the various ways in which it has reflected our history and culture. Nearly one hundred artists will be represented, ranging from Philadelphia’s Peale family of painters and masters of trompe l’oeil such as William Michael Harnett to modern masters like Charles Sheeler, Georgia O’Keeffe, and Roy Lichtenstein.

The exhibition surveys the history of American still life

The earliest section addresses the interest of late 18th and early 19th-century painters, a period interested in precise visual description. In their efforts to understand and categorize nature, art and science were linked in the minds of such leading figures of this period as John James Audubon, whose Carolina Parrot (about 1828) depicts a species now extinct and provides a signal example of the combined artistic and scientific ambition that motivated his celebrated Birds of America.

The exhibition also explores the pleasures of the senses and sensuality that became the primary focus of American still-life painters at the beginning of the Victorian era. The works of this period exemplify a spirit of newfound prosperity and abundance, as can been seen in Severin Roesen’s vivid floral still lifes and in tables overflowing with nature’s bounty, such as C Discerning appetites and distinctions of the affluent after the Civil War, as recorded in images such as The Blue Cup (1909) by Joseph DeCamp will be highlighted along with works that address the technological and psychological preoccupations of early 20th-century American artists. 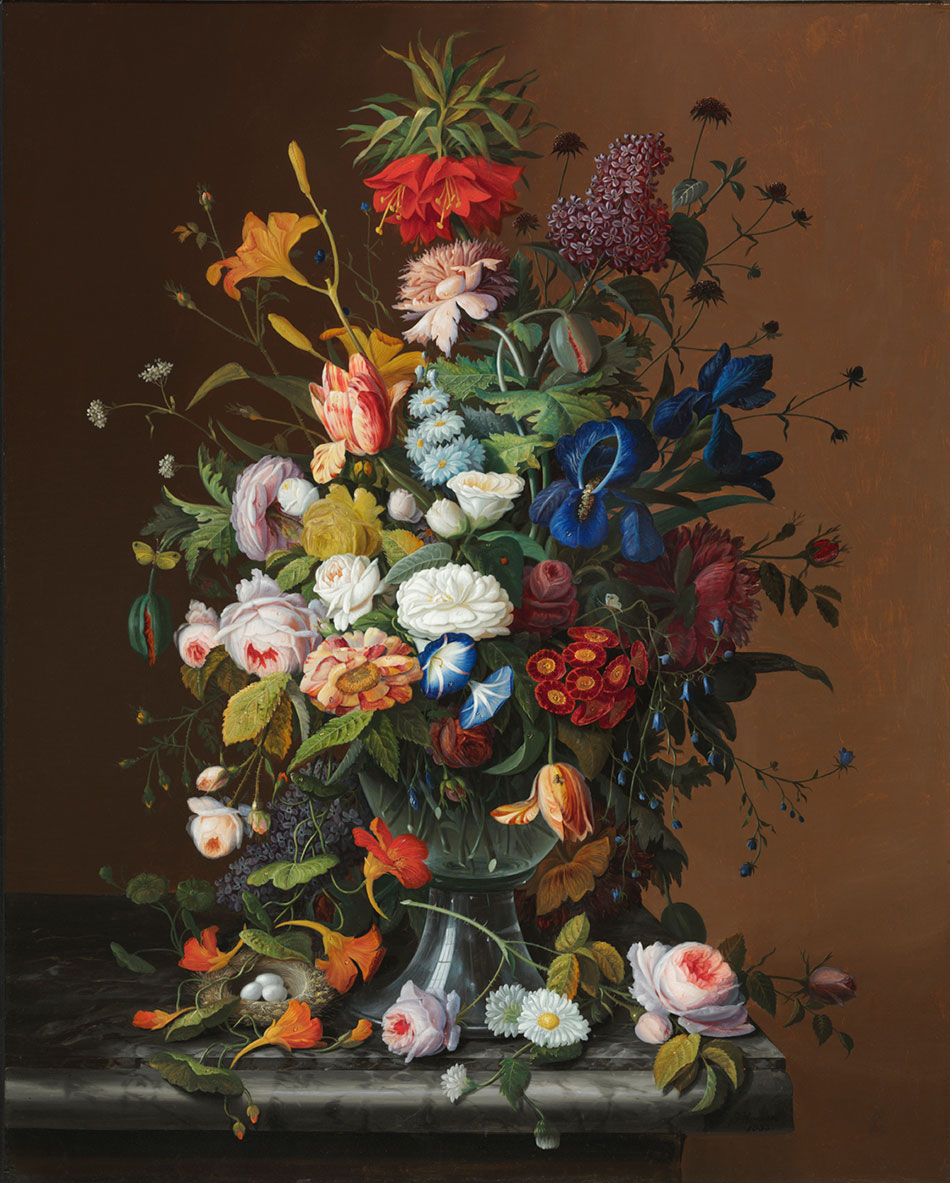 Visitors will encounter audio and visual representations of the iconic 20th Century Limited locomotive, the subject of Charles Sheeler’s classic Rolling Power (1939). Signaling the reach of a burgeoning media culture, the installation will dramatize how masterfully the artist evoked power and modernity, extending the idea of what still life could be. The exhibition concludes with a selection of Pop Art icons, including Roy Lichtenstein’s Still Life with Goldfish (1974). 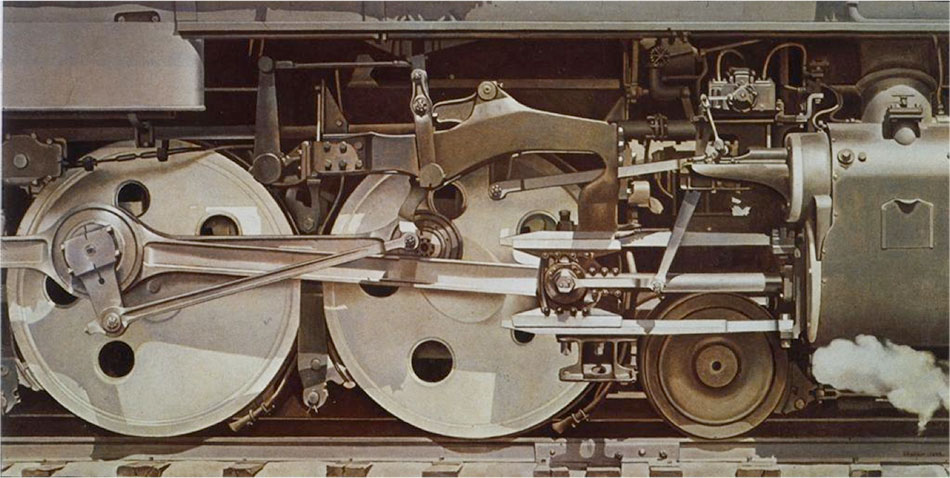 
The exhibition will evoke the different ways of looking that American still-life painters have explored of the course of more than two centuries, immersing visitors in fully developed environments. The still lifes of the mid-19th century, for example, were typically created for parlors and dining rooms. A re-created Victorian parlor will invite visitors to appreciate these semipublic social settings, where educated and erudite conversations were sparked by artworks such as Edward A. Goods’sFishbowl Fantasy (1867). The artworks themselves will be arranged in small groups to encourage comparison and discussion among visitors, as they did for their early audiences. The exhibition will also include evocations of Theodore Stewart’s famous New York City saloon, which drew crowds from nearby City Hall and around the world to admire William Michael Harnett’s large-scale After the Hunt (1885), which was displayed there in its own theatrical setting for many years. Themes such as music, literature, popular media, and science—including tangible ephemera such as bird specimens, magazines, and pocket watches—will bring forward the immediate inspirations and contemporary contexts of the art. 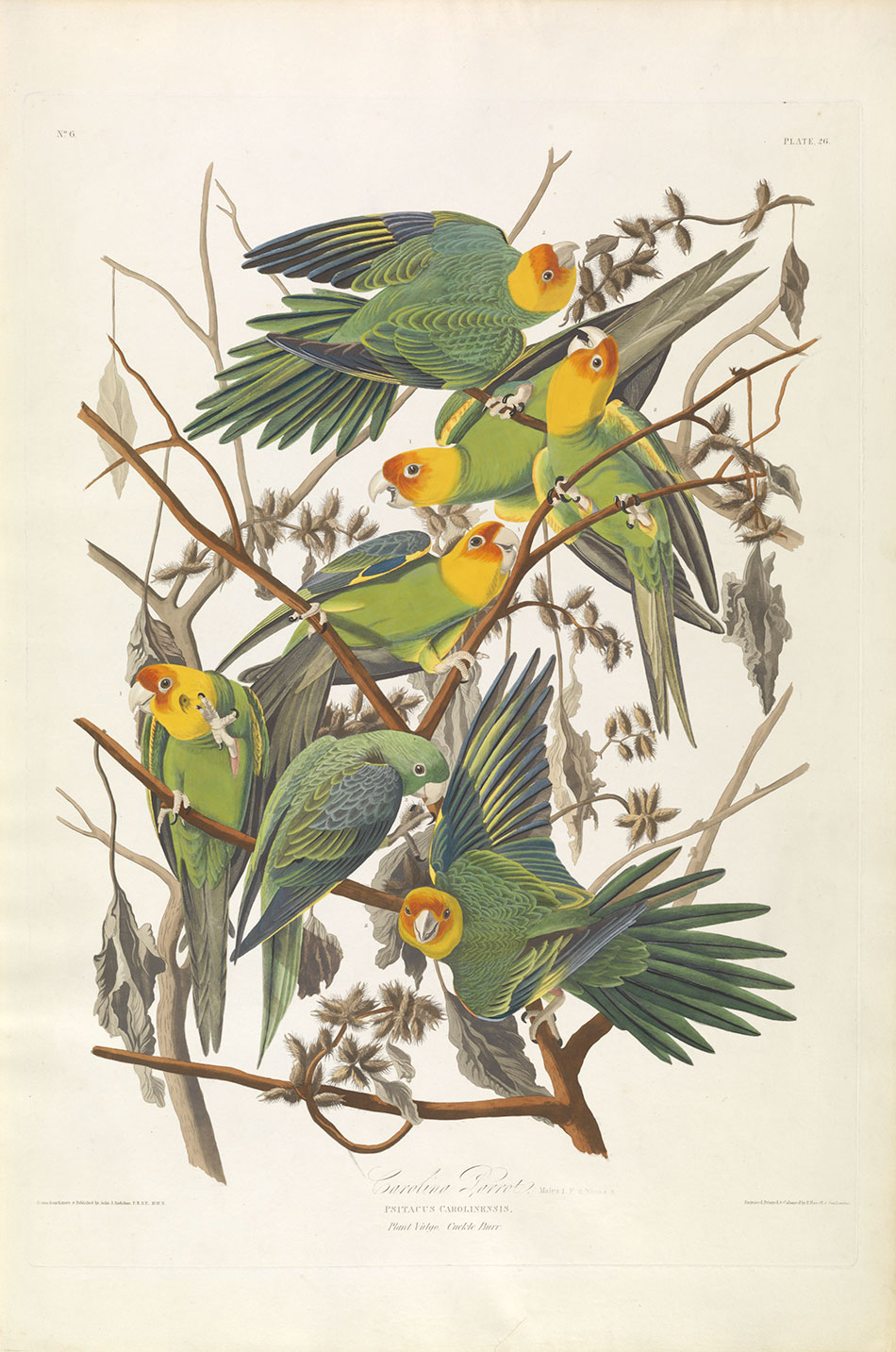 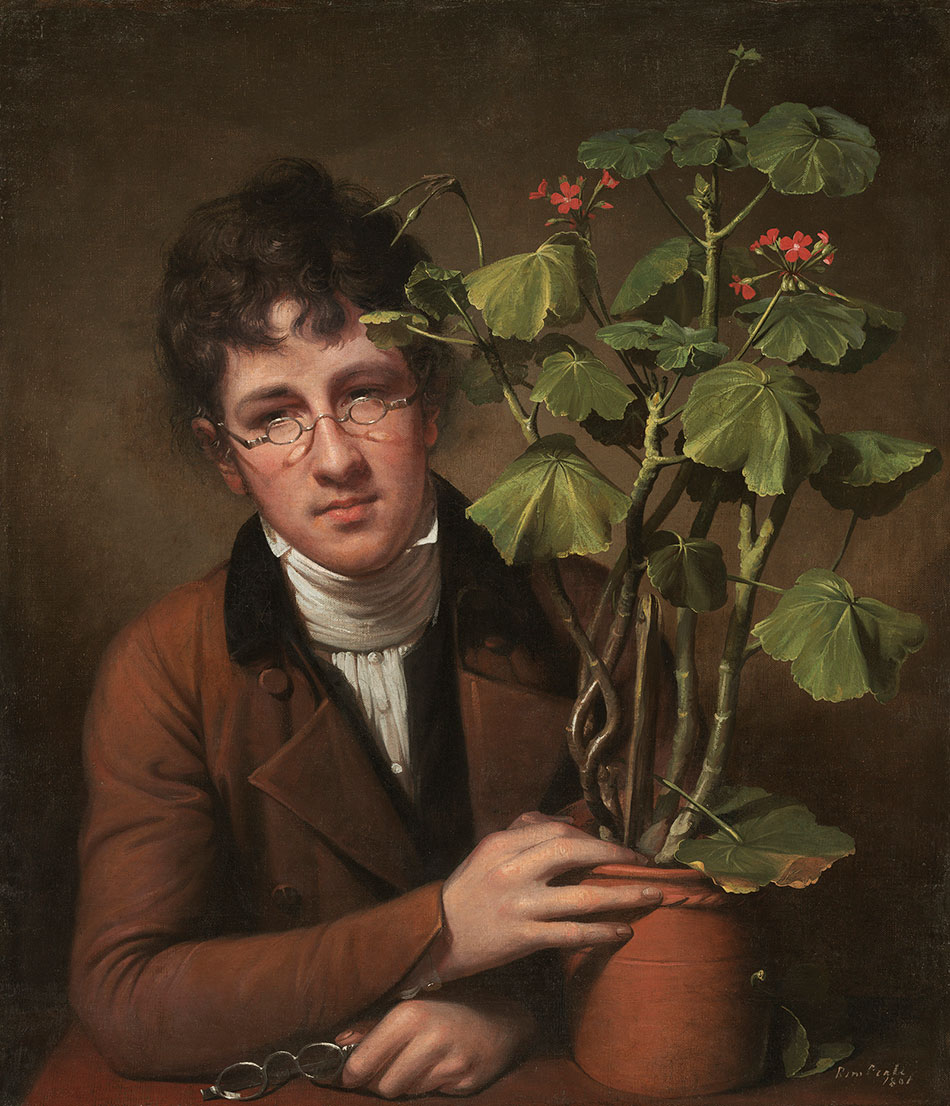 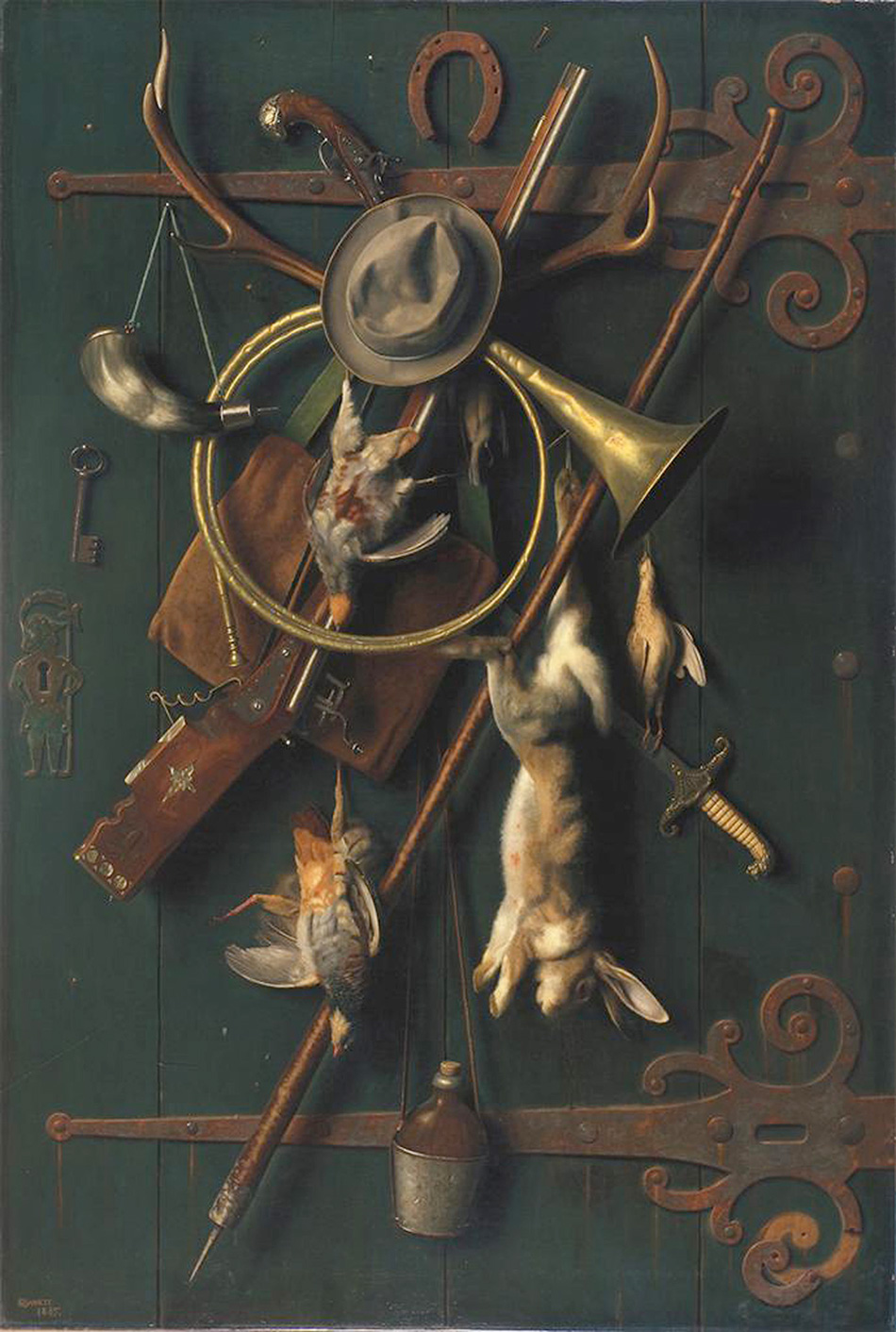 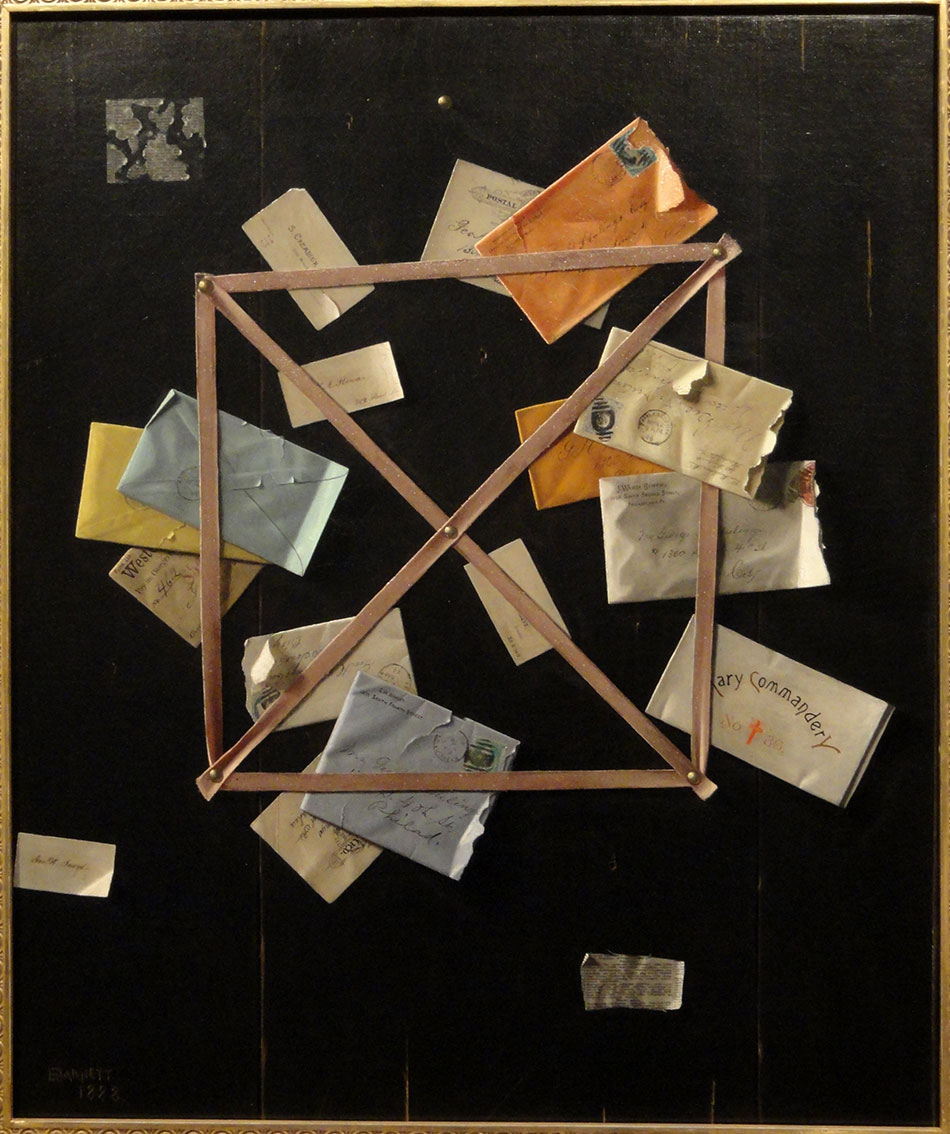 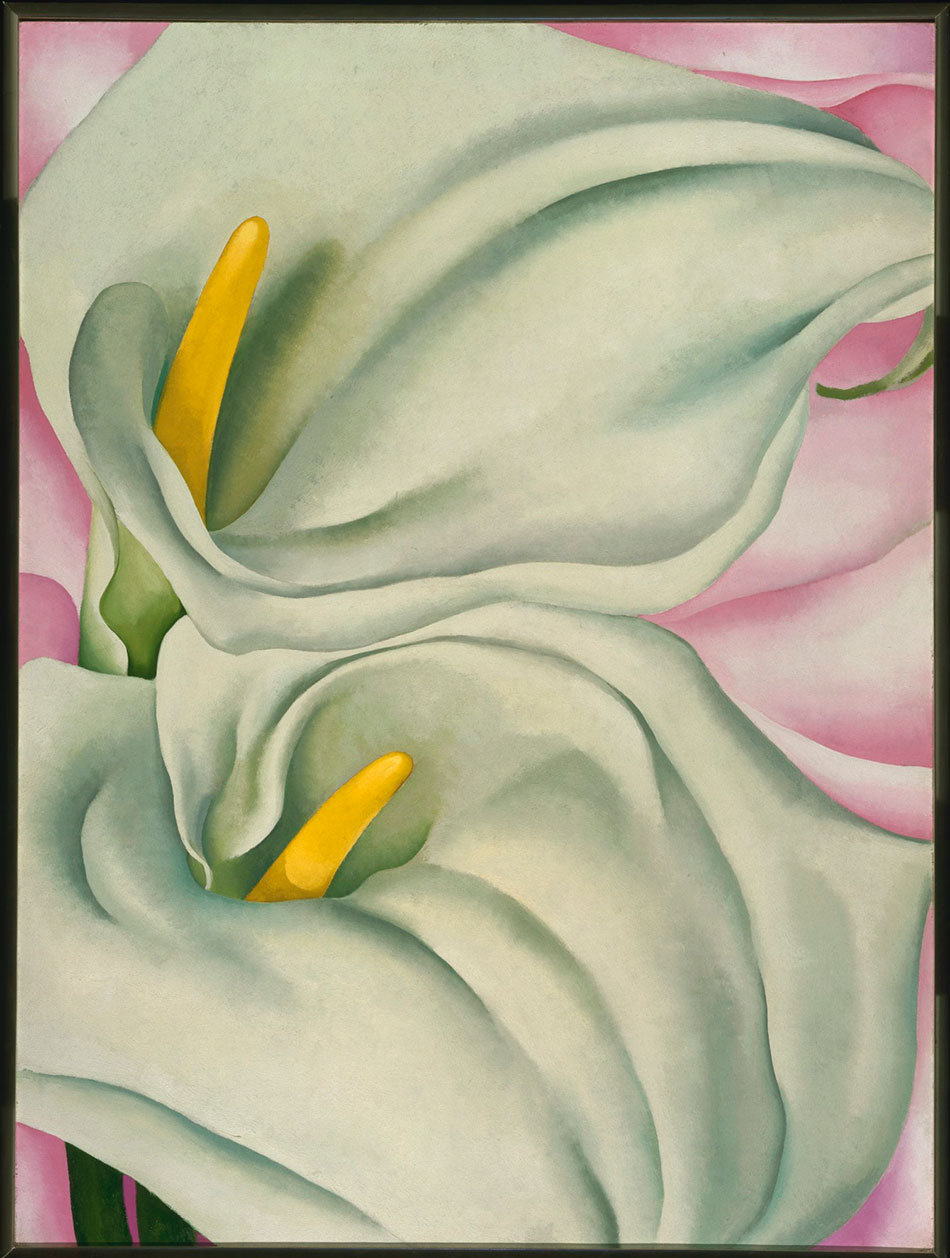 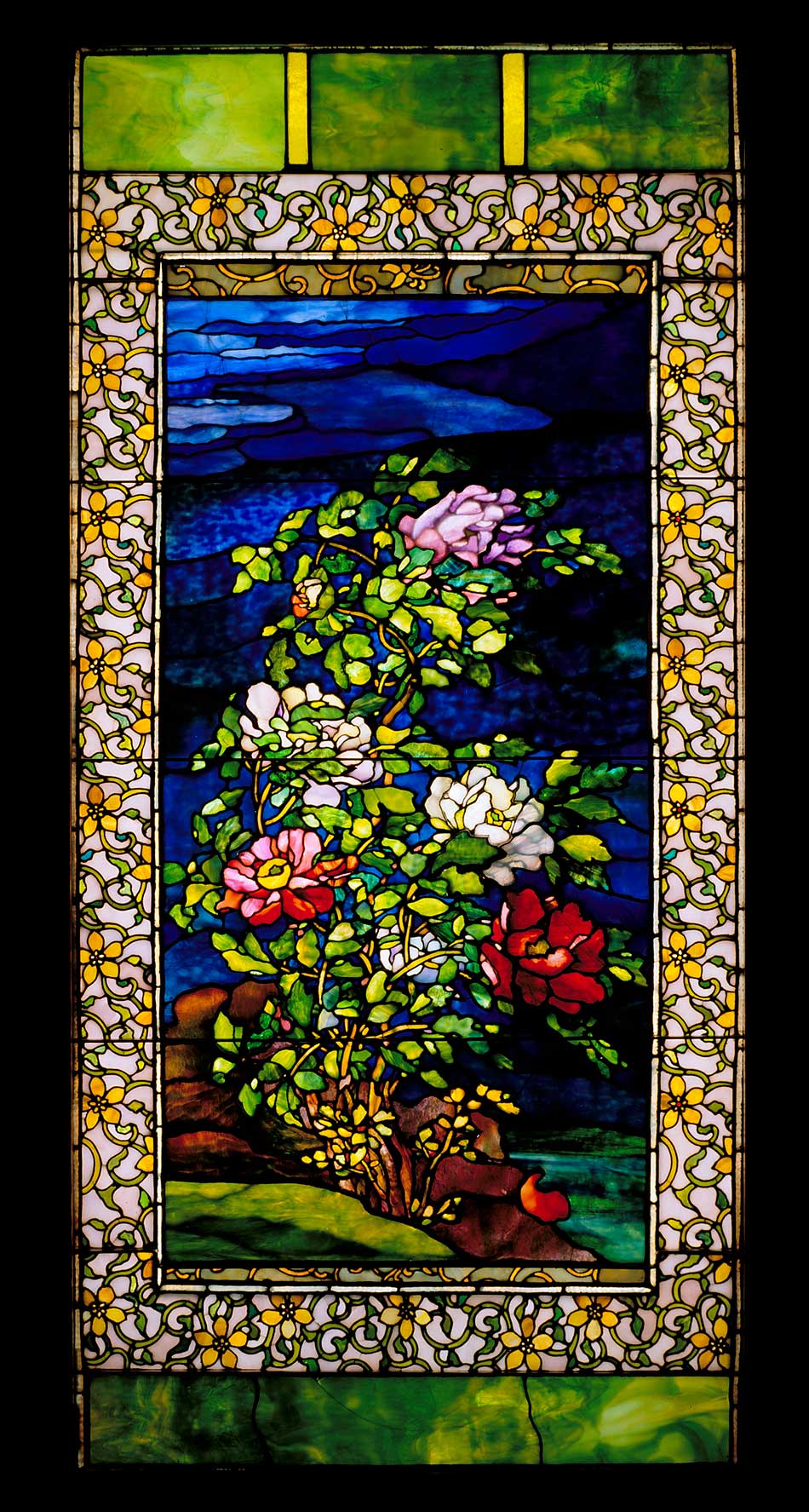 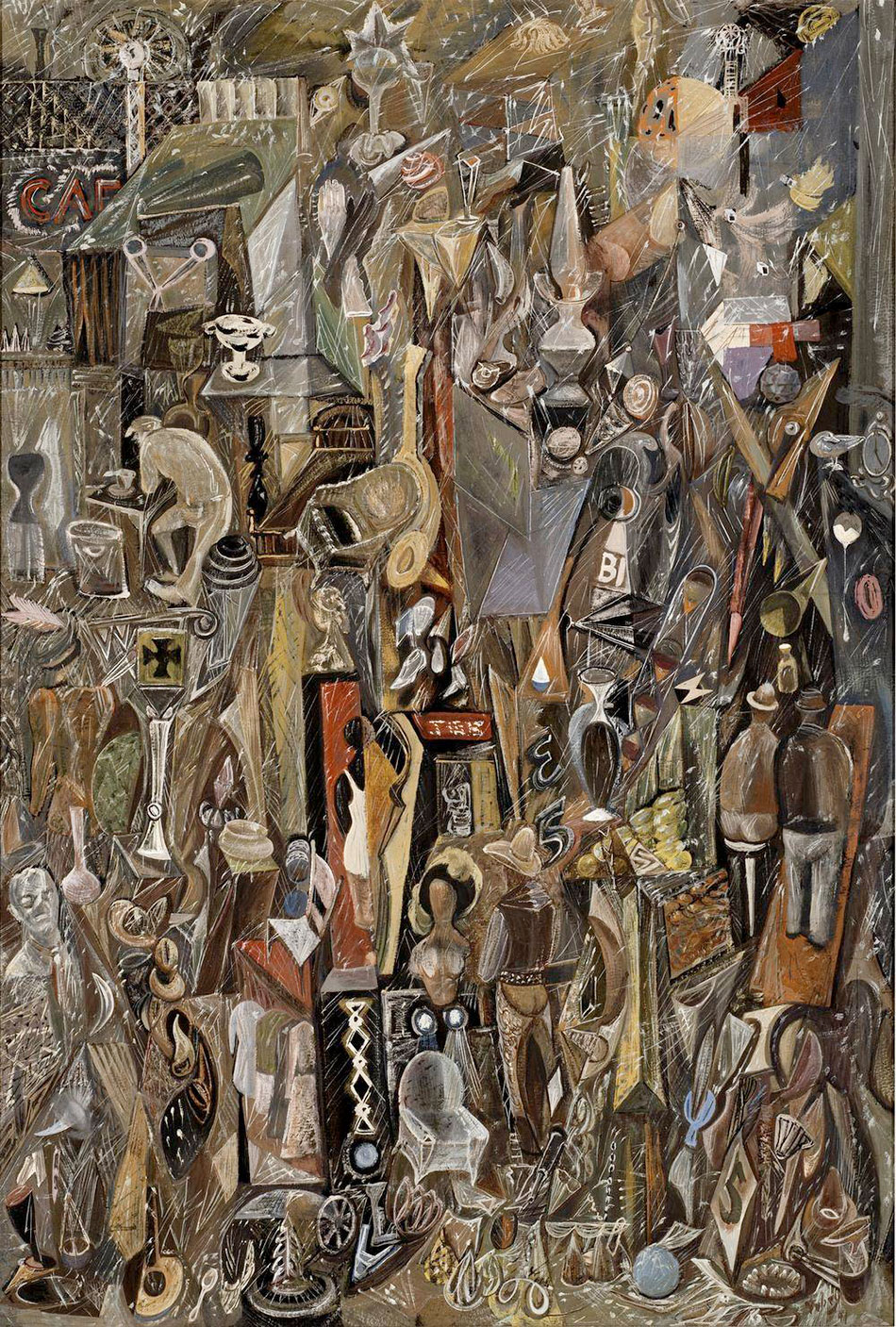 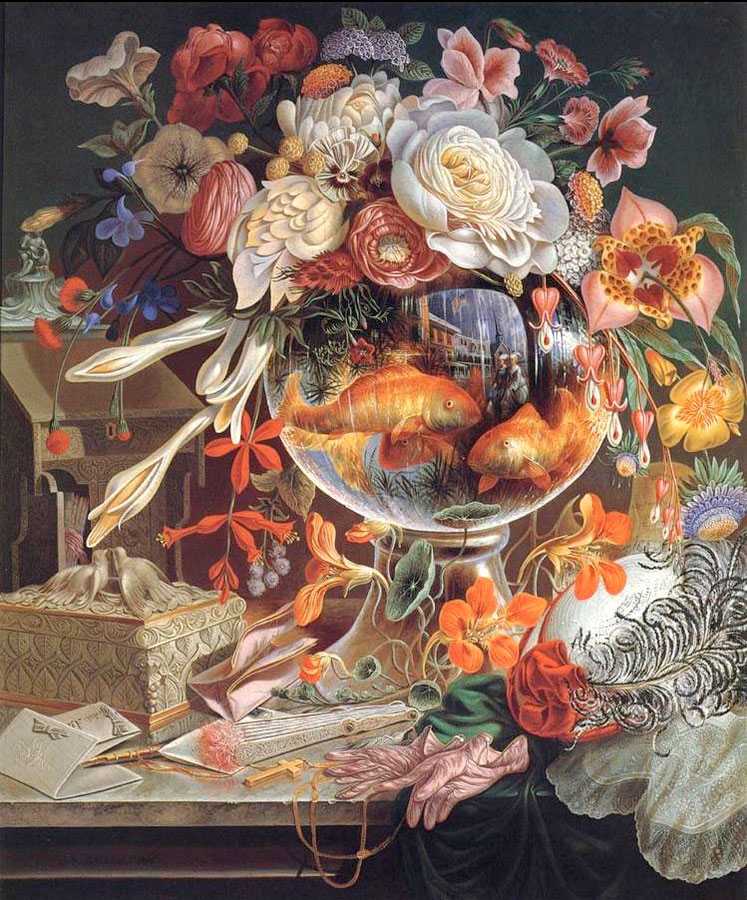 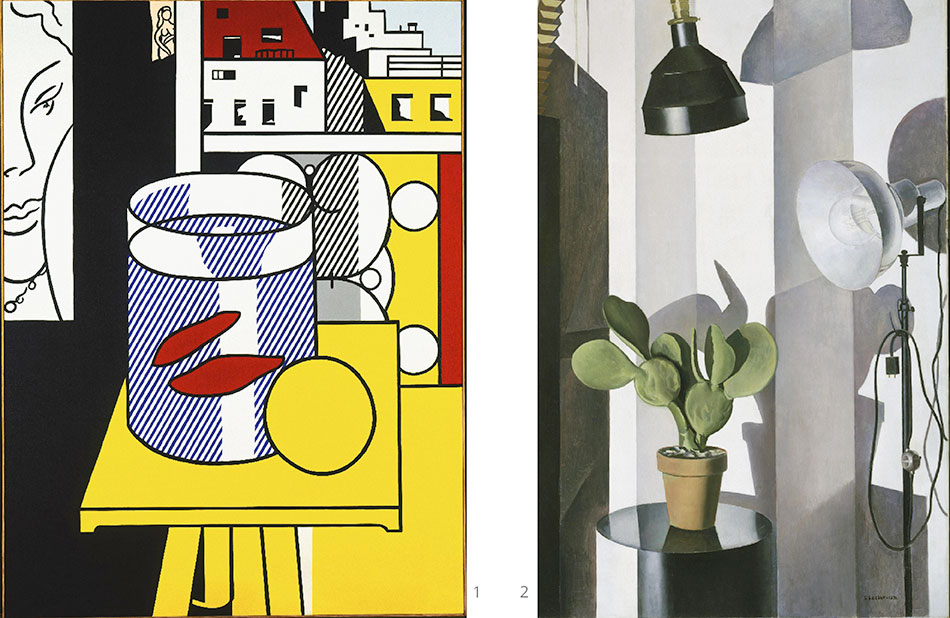 Timothy Rub, The George D. Widener Director and Chief Executive Officer, said, “Still life is an important subject that continues to fascinate us today. It can be a meditative study of a single, small object and yet also serve as a metaphor for the world. The story of American still life begins in Philadelphia, and we are delighted to have an opportunity to share this exhibition with our audiences. This is the first major show of its kind in more than thirty years and brings together works of great beauty and historical significance from collections around the country.”

A fully illustrated catalogue, with essays by Bill Brown (University of Chicago), Carol Troyen (Museum of Fine Arts, Boston), Katie Pfohl (Harvard University), and Mark D. Mitchell (Philadelphia Museum of Art) will accompany the exhibition and be distributed by Yale University Press. The catalogue will be available in October.