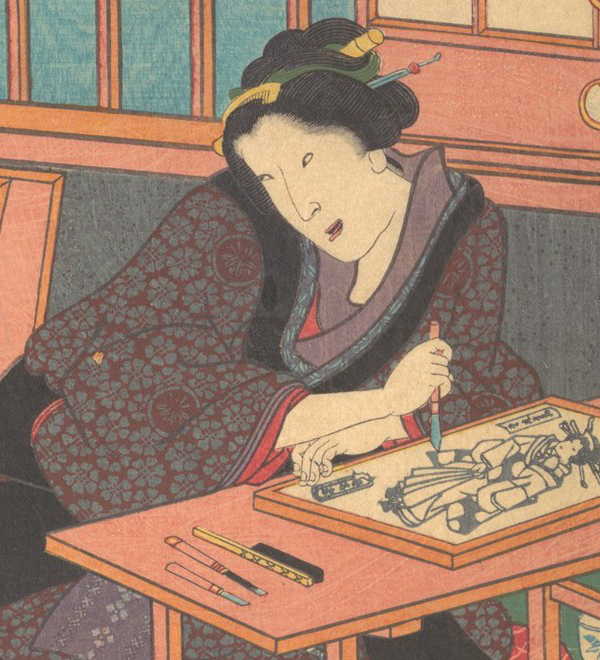 An Ukiyo-e print showing the process of carving with tools
a woodblock to print an Ukiyo-e.

For more than two centuries during its Edo period (1603–1867) Japan witnessed a flowering of art and popular entertainment in its new capital, Edo (now Tokyo). The city’s pleasure quarters were referred to as ukiyo (the floating world)—an ethereal realm of nightlife and recreation. A new market of middle-class patrons encouraged artists to create expressive and iconic images for mass distribution.

The prints created to meet this demand were known as ukiyo-e (pictures of the floating world). Ukiyo-e, in the form of prints and posters, depicted hedonistic scenes from Edo’s bars, brothels, and kabuki theaters. Purveyors and consumers of ukiyo-e embraced the fleeting and sensual nature of city life, desiring pictorial representation of familiar sights and leisure scenes.

Propelled by artists such as Kastushika Hokusai and Utagawa Hiroshige, landscape also became an especially popular theme among patrons of ukiyo-e. The prints became wildly popular not only in Japan, but eventually, across the globe as the country opened to international trade in the mid-nineteenth century.

The exhibition features over thirty-five works that explore two specific movements:
SHIN-HANGA and SŌSAKU-HANGA, both of which were highly influential in twentieth-century printmaking in Japan. 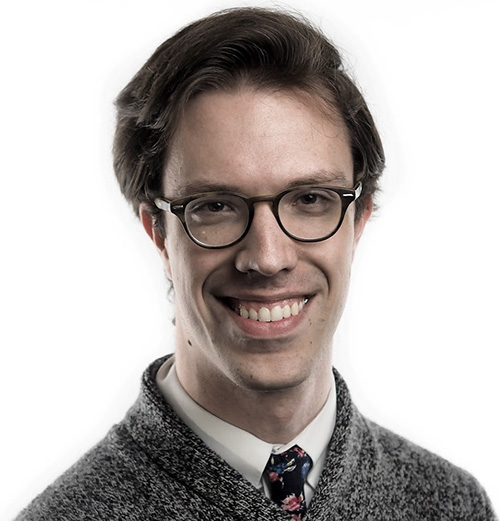 Oliver Ruhl, curator of the exhibition “Competing Currents: An Exhibition of 20th Century Japanese Prints,” has written the commentaries on the lives of the artists and their works that provide exceptional insight into the SHIN-HANGA and SŌSAKU-HANGA styles.

Conceived as a restaging of the ukiyo-e tradition in the twentieth century, the shin-hanga movement looked to the past to depict the contemporary. The picturesque views of meishō (famous places) by Kawase Hasui, lyrical landscapes by Tsuchiya Koitsu, and dusk-shrouded street scenes by Yoshida Hiroshi incorporated both traditional ukiyo-e and Western landscape conventions. Working in an intense period of modernization and Westernization, many shin-hanga artists appealed to consumers by creating works that evoked nostalgia for a premodern Japan. 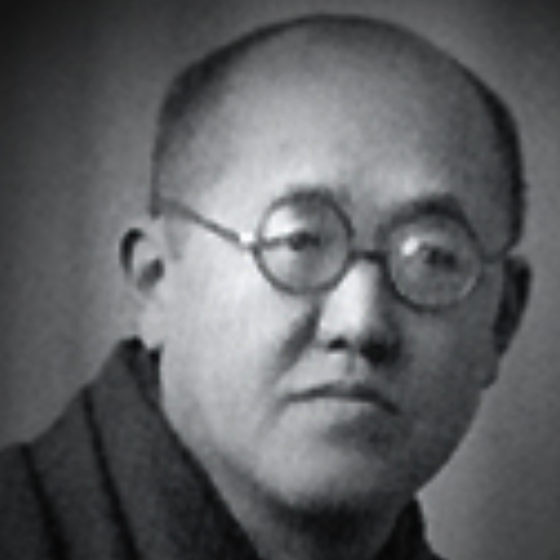 Certainly one of the most prolific members of the shin-hanga movement, Kawase Hasui, like many of his contemporaries, first trained as a painter. However, it was through an encounter the work of printmaker Itō Shinsui’s series Eight Views of Ōmi that Hasui first claimed interest in woodblock printing. Facilitated by innovations in train-travel, Hasui spent much of his time traveling throughout Japan and preparing sketches for use in his workshop. The impact of Watanabe Shōzaburō in propelling Hasui to international fame cannot be understated, and the collector and connoisseur Robert Muller further played an important role in popularizing Hasui’s work in the West. 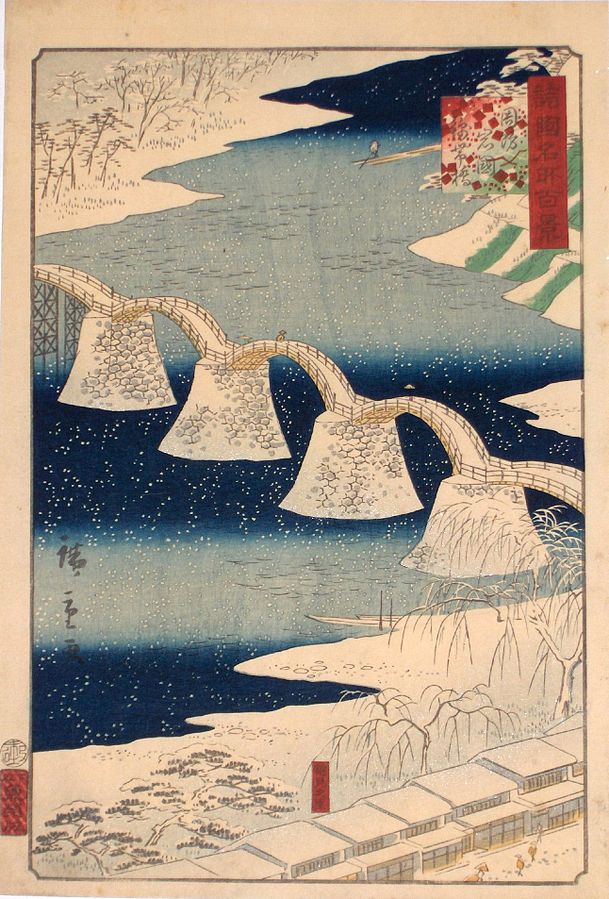 The Kintai Bridge
by Utagawa Hiroshige.
The Kintai Bridge completed in 1673 and comprising five serpentine wooden arches, was a favorite artistic subject of many of the shin-hanga printmakers, fueling national attention to the structure and making it a popular tourist site.
Two views of the Kintai Bridge are included in the exhibition.
Utagawa Hiroshige II’s Kintai Bridge at Iwakuni in Suō Province (1859) and Hasui Kawase’s The Kintai Bridge in Suō Province (1924), created sixty-five years apart, emblematize the differing approaches of ukiyo-e and shin-hanga artists through the depiction of this landscape. Hiroshige II captures the bridge from above, accentuating the rhythms of its undulating arches amid a flurry of snow. Conversely, Hasui depicts the bridge from below, truncating its form.

Part of the Byodo-in Temple at Uji, 1921
by Kawase Hasui 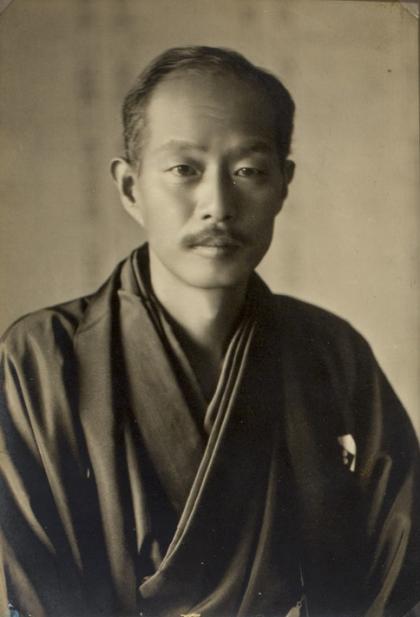 Not unlike his contemporary Hasui, Yoshida Hiroshi came to printmaking through another medium, in his case, working as a painter and watercolorist. Hiroshi was first trained in the Western tradition of oil painting, which became popular in Japan under the reforms of the Meiji Period (1868-1912). Hiroshi is best known for his works created from his far-reaching travels, depicting the Taj Mahal in India and The Grand Canyon in the United States in addition to the scenery and meishō of his native country. Scholars have viewed Hiroshi’s style as a synthesis of both his personal passion for the traditions of ukiyo-e as well as his training in a Western, perspectival tradition. Hiroshi’s marketing was as international as his travels; his works in the collection are signed in both English and Japanese.

A Little Restaurant at Night,1933
by Yoshida-Hiroshi

In many ways, sōsaku-hanga was conceived in opposition to ukiyo-e and shin-hanga. Inspired by native folk-art traditions as well as the Western notion of the artist as a solitary creative, sōsaku-hanga artists emphasized that their art was the result of the labor of a single artist rather than that of a collaborative team of artisans.
Traditional Japanese woodblock printing involved contributions from several individuals: a designer, a carver, a printer, and a publisher. Although only a single artist, usually the designer, took credit for a print, in both the ukiyo-e and shin-hanga movement works were a collaborative effort, with designers often having little control over how a woodblock was carved or printed.
As such, many sōsaku-hanga artists adopted the concept of jiga jikoki jizuri (self-drawn, self-carved, self-printed). Experimentation was an essential tenet of the movement, its artists testing new materials, techniques, and methods of depicting the world around them.

A key member and proponent of the sōsaku-hanga movement, Saitō Kiyoshi championed individualism within a printmaking culture that had prioritized collaboration for generations. 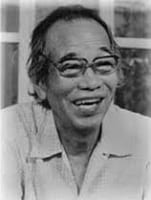 A key member and proponent of the sōsaku-hanga movement, Saitō Kiyoshi championed individualism within a printmaking culture that had prioritized collaboration for generations. First working as a commercial sign painter, Kiyoshi moved from his rural home of Hokkaido to Tokyo in 1932.
As a self-taught woodblock artist, he first exhibited in the late 1930s to moderate success, although the war severely slowed down his production. It wasn’t until 1951 that Kiyoshi found fame on an international stage, winning a prize at the first Sao Paolo Biennial.

Moments of solitude were rare in Gion, Kyoto’s famous entertainment district. Geisha, revelry seekers, and tourists flooded its streets each night, frequenting its many restaurants, teahouses, and theaters. In Gion in Kyoto (B) (1959), Saitō employs bold, solid blocks of color to depict the wooden facade of a typical shop and incorporates the grain of the woodblock to lend texture to the cobbled street below. 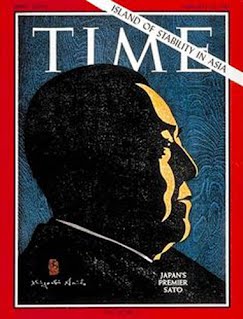 Saitō Kiyoshi spent the remainder of his career creating work for an international audience, designing and printing the first woodcut ever to be featured as a cover of TIME magazine in 1967.

Portrait of Eisaku-Sato,
Prime Minister of Japan
featured on the cover of TIME 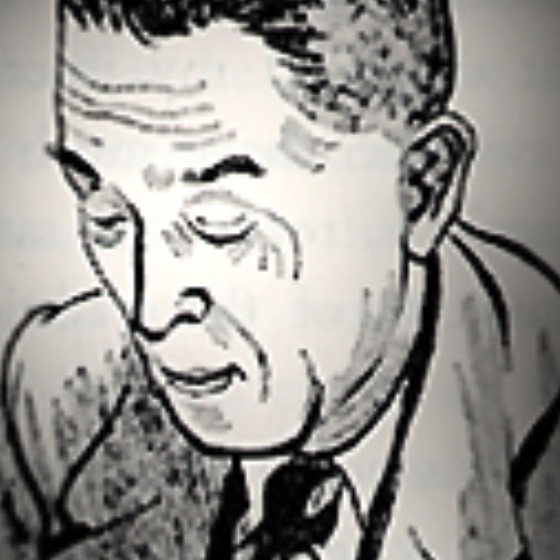 Working primarily as a middle-school teacher for more than thirty years, Hashimoto Okiie described himself simply as a “Sunday printmaker” until retirement allowed him to focus more intensively on his artistic practice.
His training spanned three years in Ueno and focused at first on Western-style oils, watercolors, and pastels, inspired by the work of Henri Matisse and André Derain. 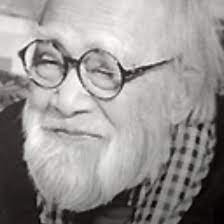 Inspired by the monochromatic Buddhist prints and brush paintings of the Heian period (794–1185), Hiratsuka Un’ichi worked almost exclusively in black and white. His intense application of black ink and distinctive carved lines grant this work a sense of permanence, mass, and stability, extending even to the water’s ripples.
Hiratsuka was one of the first sōsaku-hanga artists to make a living from his work and was an avid advocate for printmaking within Japan’s government-sponsored academy, where oil painting was prized over woodblock printing. 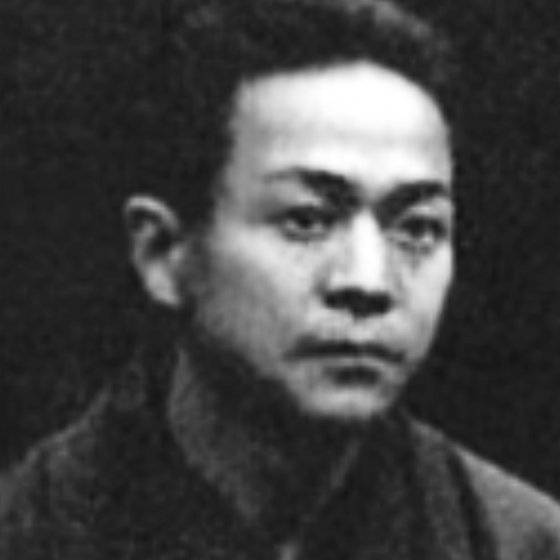 Having trained under the printmaker Kaburagi Kiyokata, who also taught Kawase Hasui, Kasamatsu Shirō began his career as a practitioner of shin-hanga.
By the 1950s, however, Kasamatsu became unsatisfied with collaboration, desiring complete creative control over his art. He found this artistic freedom through the autonomy of sōsaku-hanga.


Shadow of a Mountain, 1959
by Kasamatsu Shirō 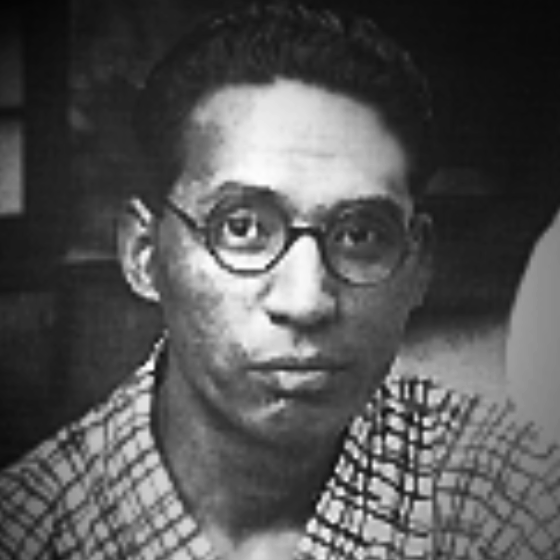 Surprisingly little is known about Shima Tamami, one of only a handful of female artists who participated in the sōsaku-hanga movement. In a field dominated by men, Shima rose to prominence after winning an award from the College Women’s Association of Japan for her work.

A Stand of Trees,1959
by Shima Tamami 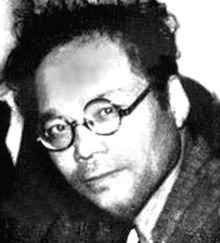 Among both Japanese citizens and American soldiers stationed in Japan after World War II, Munakata was famous for his unique carving style. Owing to his intense nearsightedness, Munakata placed his face inches from his work, carving his woodblocks with such violence that woodchips were said to fly through the air. Despite his global renown, Munakata disparaged what he believed was an internationalizing instinct in many of his peers, declaring his work to be “purely Japanese.”

Gautama and Bodhisattvas, 1951
by Munakata Shikō 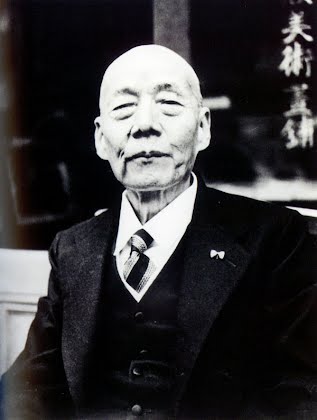 Following the model established by ukiyo-e printmakers during the Edo period, the majority of shin-hanga prints were created through a collaborative process. Work was divided between the artist, carver, and printer, and guided by a publisher. The most prominent publisher in this movement was Watanabe Shōzaburō, whose offices in Japan and London, as well as distribution routes to the United States, facilitated a renewed fervor for Japanese prints in the early twentieth-century. 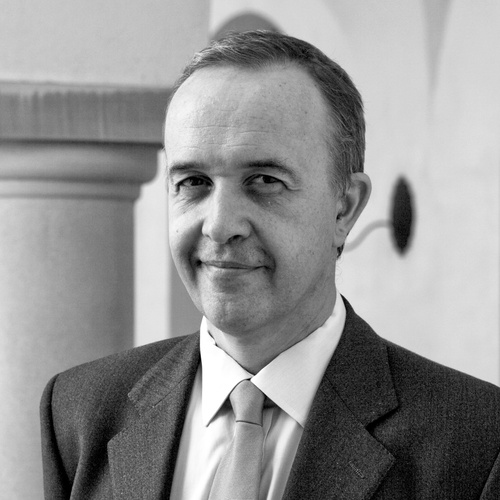 STATEMENT
Olivier Meslay, Hardymon Director of the Clark
“We are eager to share a remarkable selection of works from our collection that we know our visitors will find both beautiful and fascinating,”  “We are particularly proud to present this exhibition as it is the result of a valued partnership between the Clark and the Williams College Graduate Program in the History of Art.

ACKNOWLEDGMENTS
Generous support for the exhibition is provided by Elizabeth Lee.

Of the more than thirty-five shin-hanga and sōsaku-hanga works presented in the exhibition, many were drawn from a selection of works gifted to the Clark in 2014 by the Rodbell Family Collection.

ABOUT THE CLARK ART INSTITUTE 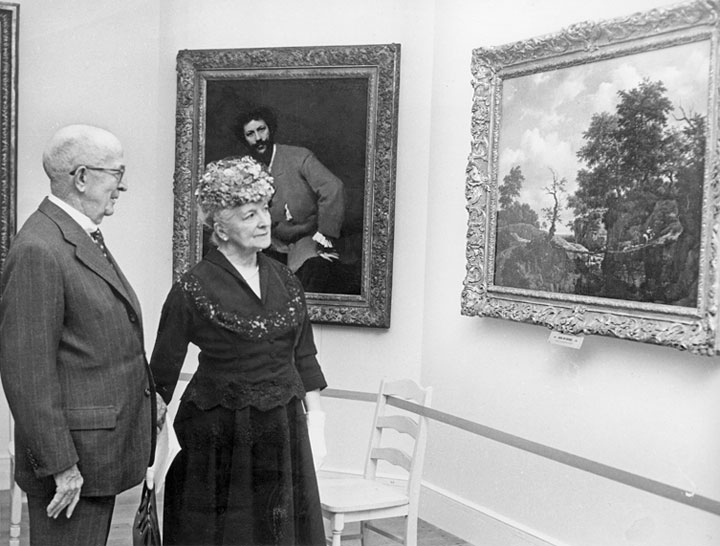 The Clark Art Institute, located in the Berkshires of western Massachusetts, is one of a small number of institutions globally that is both an art museum and a center for research, critical discussion, and higher education in the visual arts.
Opened in 1955, the Clark houses exceptional European and American paintings and sculpture, extensive collections of master prints and drawings, English silver, and early photography. Acting as convener through its Research and Academic Program, the Clark gathers an international community of scholars to participate in a lively program of conferences, colloquia, and workshops on topics of vital importance to the visual arts.
The Clark library, consisting of more than 275,000 volumes, is one of the nation’s premier art history libraries. The Clark also houses and co-sponsors the Williams College Graduate Program in the History of Art.