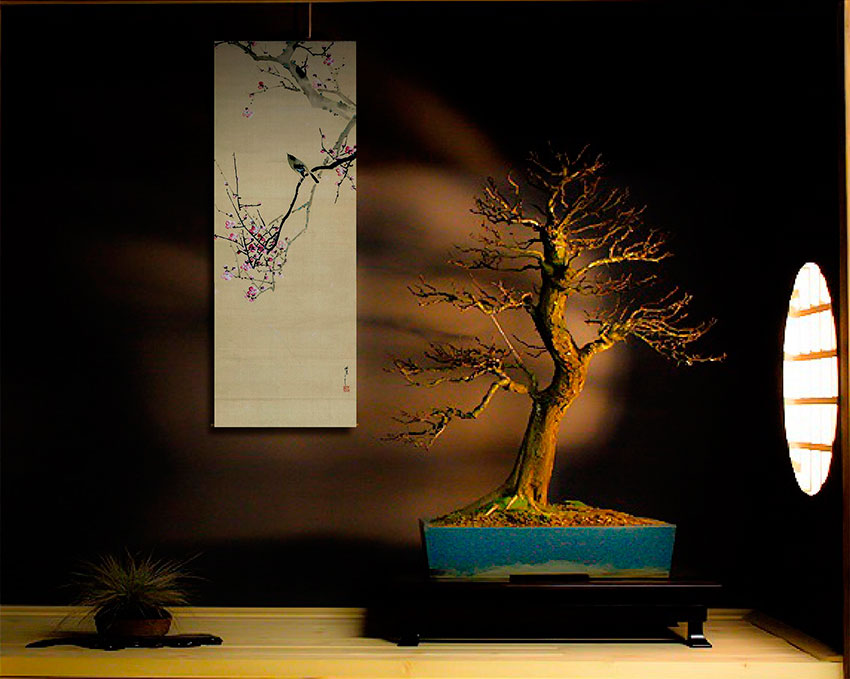 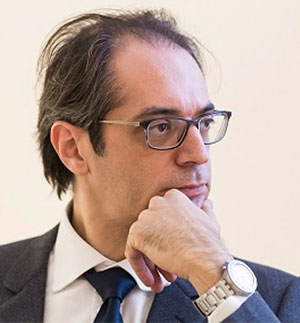 Marco Guglielminotti Trivel
East Asia Curator, MAO Museo d’Arte Orientale, Turin
“The hanging scrolls characterise the pictorial production of China, Korea and Vietnam, as well as Japan itself, and with some variations in the support, are the equivalent of framed Western paintings”. “Unlike our canvases or panels, rigid structures built to be hung on a wall for an extended period, the painted scrolls are designed for use over limited time and have a relatively soft structure”.
“Hung in the tokonoma (alcove) of the Japanese home, or mounted for just a few hours in a garden, fluttering in the breeze, these works of art participate in time and movement, whereas Western paintings seem imbued with fixity and continuity. Differences are not purely formal, as they reflect a different aesthetic and philosophical conception: kakemono are an allusion to impermanence and change as inescapable (and positive) aspects of existence”. 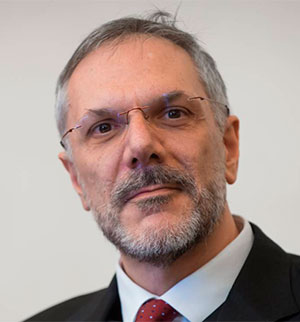 Francesco Paolo Campione
Director, Museo delle Culture, Lugano
“Kakemono is a project born with a clear aim: to recount five centuries of Japanese painting, accompanying the public – regardless of the different levels of interpretation – in an exciting journey of forms and subjects; a journey capable of conveying the distinctiveness not only of Japanese painting but, more broadly, of visual representation in Japanese civilisation”. 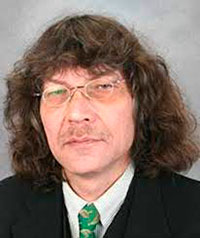 Exhibition Curated by the Dutch scholar Matthi Forrer,  an oriental art historian and expert in Japanese painting, also has written the texts of the works that appear in this article and those of the extensive catalog published by SKIRA that reproduces the 125 works presented in the exhibition.

The exhibition presents an exuberant world with meticulous and naturalistic representations, enriched by subtle details, where form loses its contours to become an enchanting and evocative sign, in an extreme exercise of synthesis and refinement, almost an abstractionism.

“From early on, kacho¯ -ga, ‘paintings of birds and flowers,’ are one of the major genres in the Chinese and Japanese painting traditions. Some birds have one or two flowers, plants, or trees to be commonly associated with, such as pheasants with peonies growing on rocks. It is believed that pheasants are unhappy without a mate, and so are emblematic of conjugal happiness”.

“Also a rooster and a hen, preferably with chicks,
are suggestive of a happy family”

“Mandarin ducks are a symbol of conjugal fidelity and,
indeed, they are invariably found in pairs in paintings”

Komai Ki, also known as Genki (Kyoto, 1747-1797) A couple of mandarin ducks (oshidori), the male on the stem of a snow-laden plum (ume), the female seen half-hidden underneath. The few open pink plum blossoms suggest the New Year rather than just winter, as well as conjugal fidelity as the most obvious symbolism of mandarin ducks. 1780s-90s. Signed Genki, sealed Genki/Shion. Painting in ink and colours on silk, 113,8 x 41,6 cm. CP 605

“Bush warblers are associated with spring, and ideally
we see them on budding plum trees, which bloom
during the first month in the lunar calendar”

“Flowering cherry trees, symbols of impermanence,
are naturally associated with the third month”

“Bamboo and sparrows too are often seen together” 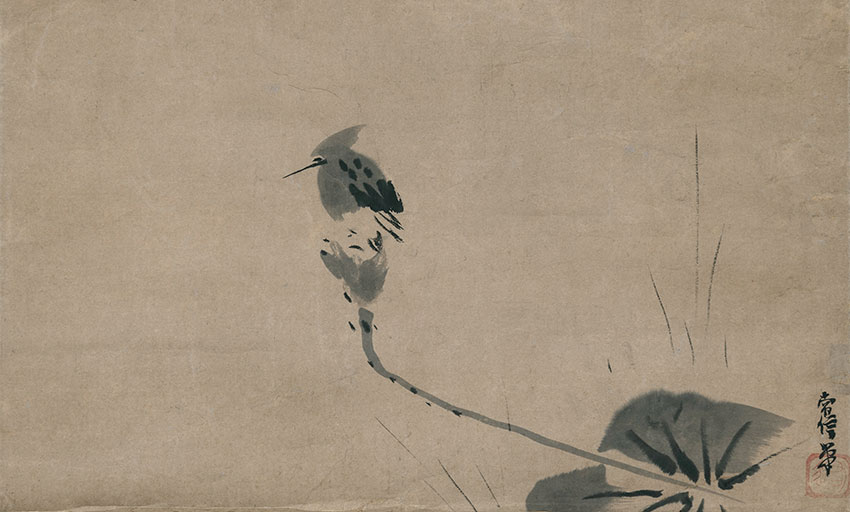 Kan¯o Tsunenobu (Edo, 1636-1713) A kingfisher (kawasemi) having selected a lotus pod (hasu) for its position to catch some fish to eat. With the lotus flowers being associated with summer, it seems most likely that this painting, featuring the withered pod with its seeds, would be more appropriate for display in autumn. Late 17th century. Signed Tsunenobu, sealed Ukon. Painting in ink on paper, 27,8 x 46,1 cm. CP 665

“Cranes would seem to be birds for all seasons,
even though they hibernate elsewhere. Their images are often
used to celebrate the New Year and bring good luck”

“Outlandish exotic birds, (i.e. peacocks) mostly introduced in Japan
by the Dutch traders, have always been of special interest”

Araki Kanpo (Edo/Tokyo, 1831-1915) A pair of peacocks (kujaku), male and a female, on a pine tree (kuromatsu). Peacocks were imported from abroad and, in the Edo Period, were a favourite with the samurai class that would keep them in their aviaries. Late 19th century. Signed Kanpo, sealed Kanpo. Painting in ink and colours on silk, 102,6 x 39,6 cm. CP 675

“We must finally remember that these seasonal associations, for both birds and flowers, have their origin in poetry. The short haiku composition, for example, always includes such clues, that can be understood by everyone”.

“In most Japanese painting traditions, figures are restricted to some images of Buddhist deities, such as Bodhidharma, the founder of the Zen sect, some followers or disciples of the Buddha, portraits of renowned abbots, as well as some Shintoist figures, such as the gods of Wind and Thunder, or figures adopted from the Chinese tradition, such as the monks Kanzan and Jittoku who lived at some monastery, and the protective mythical Sh¯ oki, the demon queller”.
“It is only in the eighteenth and nineteenth century urban traditions of Shij ¯ o-Maruyama in Kyoto, and in the Ukiyo-e tradition of Edo, that commoners begin to make their appearance in painting”.

A self-portrait of the artist
by Tani Bunch¯o 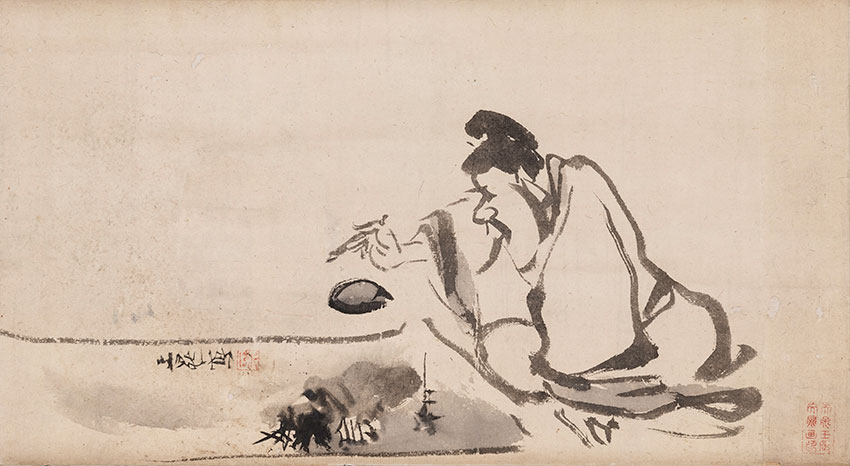 Tani Bunch¯o (Edo, 1763-1841) A self-portrait of the artist, with a brush in his hand and an inkstone at his side, working on a painting of a landscape. This is obviously not a commissioned painting, and we can only speculate that this served as a message to some client or friend to inform him that he was actually working on his ommission. Dated 1832. Unsigned, sealed ‘By Bunch¯o, in the Year of the Dragon in the Tenp¯o Period (Tenp¯o mizunoe tatsu Bunch¯o ga),’ 1832. Painting in ink on paper, 27 x 49,2 cm. CP 346 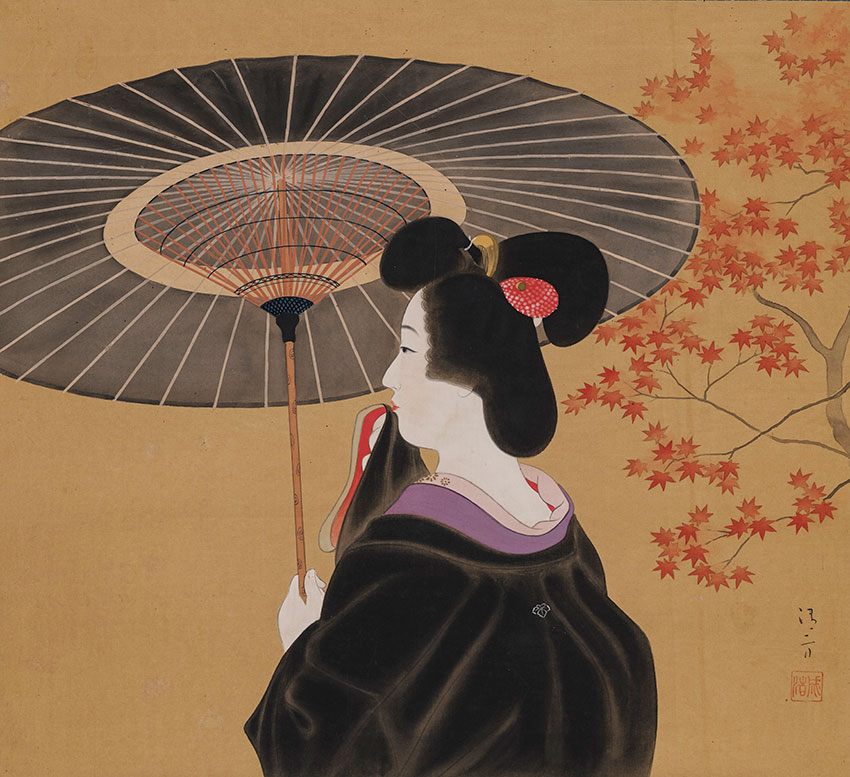 Kaburagi Kiyokata (Tokyo, 1878-1972) A geisha holding a parasol under a maple tree (momiji). The maple would suggest a link with autumn, but for the author, nostalgia for the past may well have been much more important. 1920s-30s. Signed Kiyokata, sealed Seik¯o. Painting in ink and colours on silk, 45,7 x 50,9 cm CP 257

“In comparison with birds, all other animals only represent a smaller category in Japanese paintings of the natural world. Of course you will find deer, squirrels, foxes, puppy dogs, cats, and badgers, but we probably have the best chance among the Twelve Animals of the Eastern Zodiac”.      “However, oxen, tigers, hares, horses, goats, monkeys, snakes and even dragons hardly figure in paintings in their role of being part of this cycle”.

Monkeys. “Are represented in awkward situations where, for example, a mother wasp or bee comes looking for its larvae or honey that the primates are eating”.

A monkey on a rock
by Watanabe Nangaku

A family of monkeys
by Mori Sosen

Carp. “Are emblematic of perseverance, and a model for boys to rise to fame and fortune. This notion is based on the belief that carp, when manage to ascend a waterfall and leap through the Dragon Gate, may transform into dragons themselves”.

A carp ascending a waterfall
by Maruyama O¯zui

A carp ascending a waterfall
by Watanabe Seitei

Dragons.  “Are a Chinese mythological creation, with the head of a camel, horns of a deer, scales of a carp, and paws of a tiger. They are believed to act as messengers to the gods, as they live in the sea but can also ascend to the sky, representing Spirit and Heaven. But anyone, seeing the animal in its entirety, will die instantly, which is why part of their body is always obscured in paintings. “In images, they are often combined with a tiger, equally of Chinese origin, representing Matter and Earth”.

A dragon, in two of its typical elements,
the waves, where dragons live, and the clouds
by Kishi Ganku


A tiger seeking shelter under a rock
by Watanabe Kazan

Watanabe Kazan (Edo, 1793-1841) A tiger seeking shelter under a rock overgrown with bamboo grass (sasa or yadake), an image combining the strength of the animal with the pliancy of bamboo, bending even in storms. 1810s. Signed Kazan, sealed Kazan. Painting in ink and colours on paper, 125 x 52,5 cm. With authenticating inscription on the back by Tsubaki Chinzan (1801-1854). CP 448

A tiger among bamboo grass
by Kumashiro Y¯uhi

A tigress licking her cub
by Kishi Ganku

“In paintings – and this is quite different from the woodblock prints of the nineteenth century – most landscapes represent an ideal of some kind, and only few show real places and famous scenic views”

A man poling a raft on the O¯i. River at Arashiyama
by Hirai Baisen 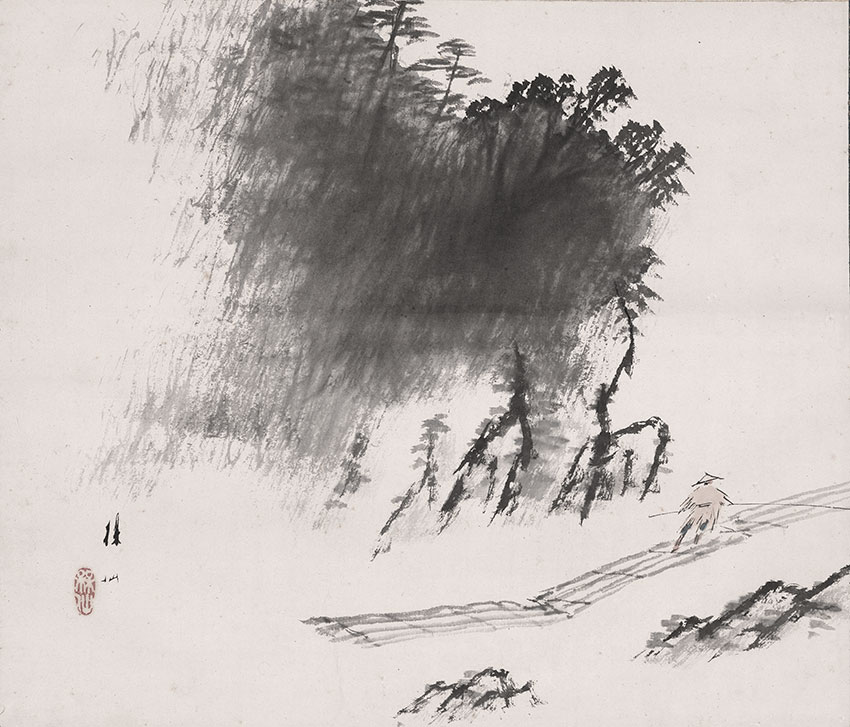 “It is, of course, quite logical that plants and flowers, as well as flowering trees and shrubs, would be even more closely associated with specific months than birds. Birds may be around for most of the year, but, on the other hand, we can only enjoy flowering plum trees in the first lunar month, and cherries in bloom in the third month”.

Some irises (hanash¯obu) blowing in the wind
by Mori Kansai 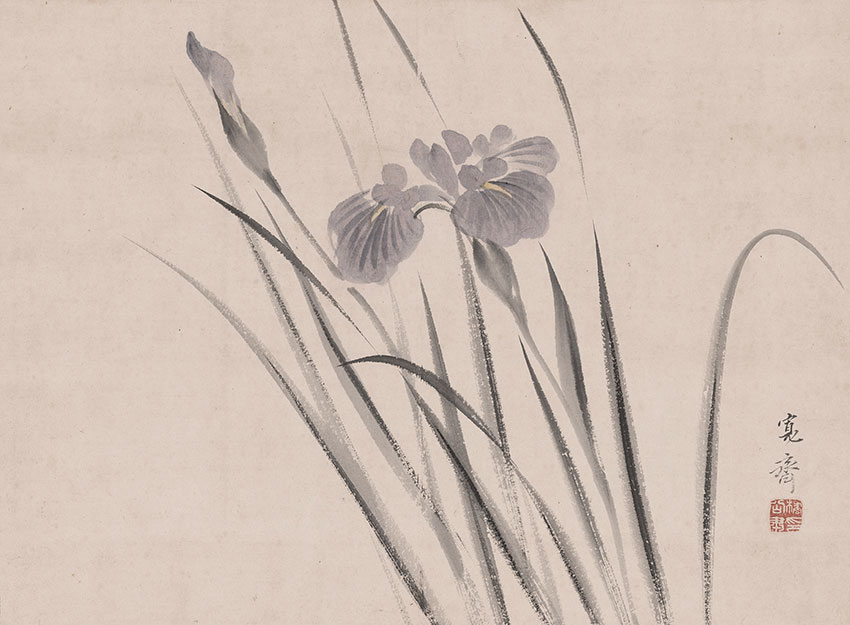 Tanomura Chikuden (Bungo, 1777-1835) A quite uncommon representation of a white magnolia (mokuren) and a branch of willow (yanagi) in a vase. This probably represents a simple manner of displaying flowers in the house, quite unlike the much more artificial ikebana flower arrangements. Dated IV/1834. Signed Chikuden, sealed Chikuden. Dated ‘Fourth Month of the year of the Horse (Kinoe uma nao seiwazuki),’ IV/1834.Painting in ink and colours on paper, 85,3 x 24,9 cm. CP 148 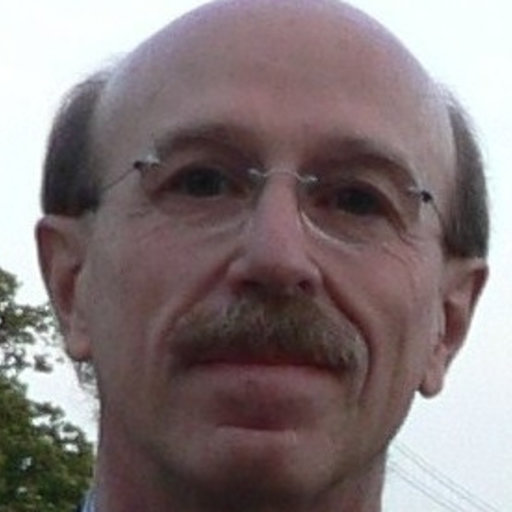 Claudio Perino began collecting more than three decades ago. His passion for Japanese art objects has led him to patiently collect and come to possess one of the most important private collections of Japanese art, where the exceptional pieces of Kakemono presented in this exhibition stand out. Claudio Perino is among the main lenders and patrons of MAO, Museo d’Arte Orientale di Torino. 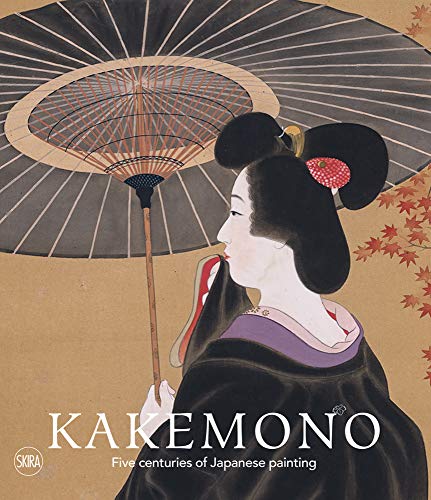 Examples of inside pages 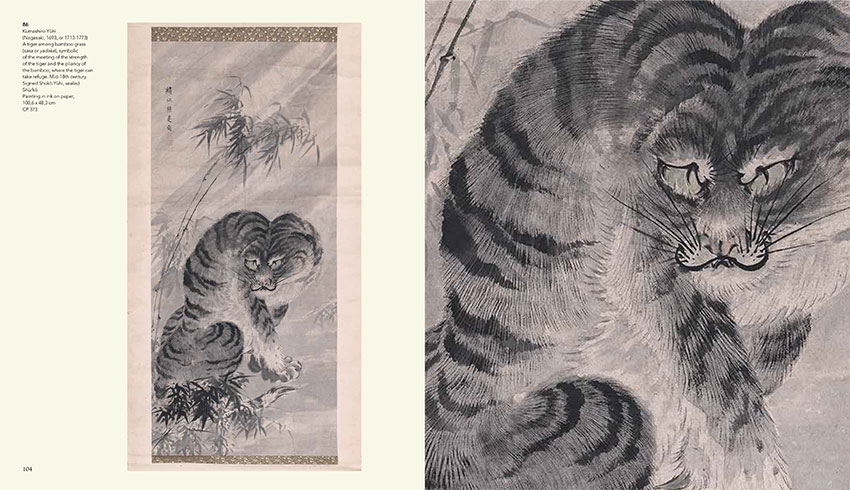 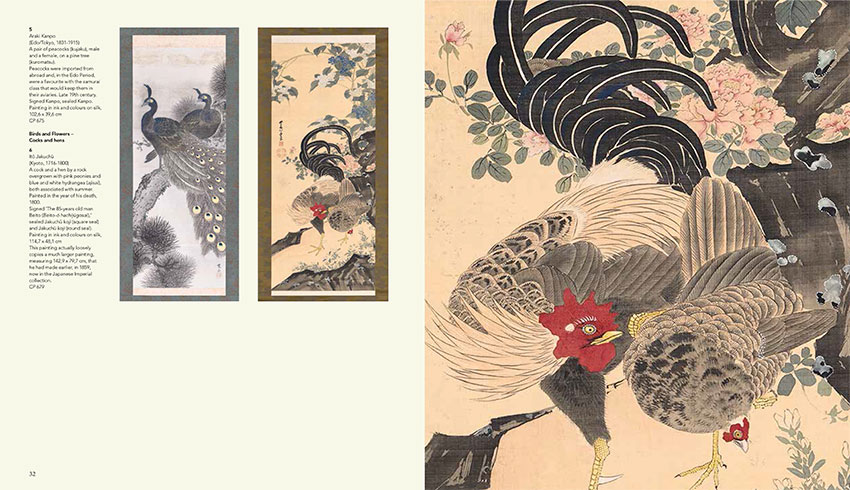 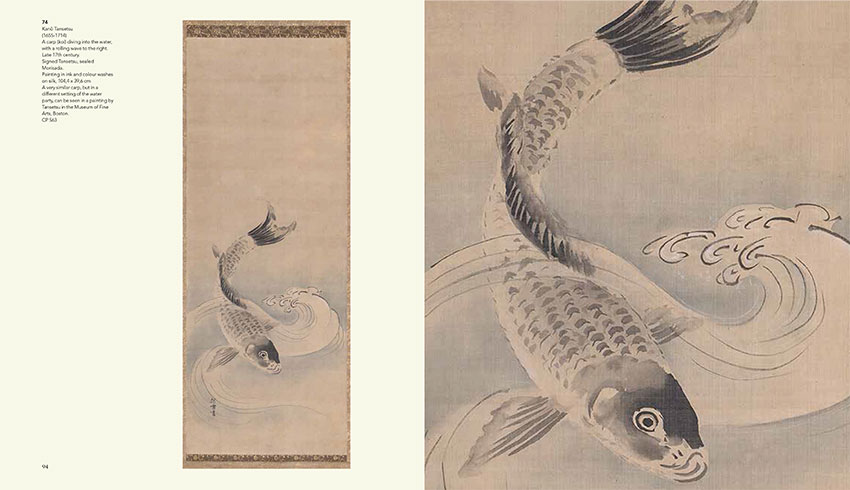