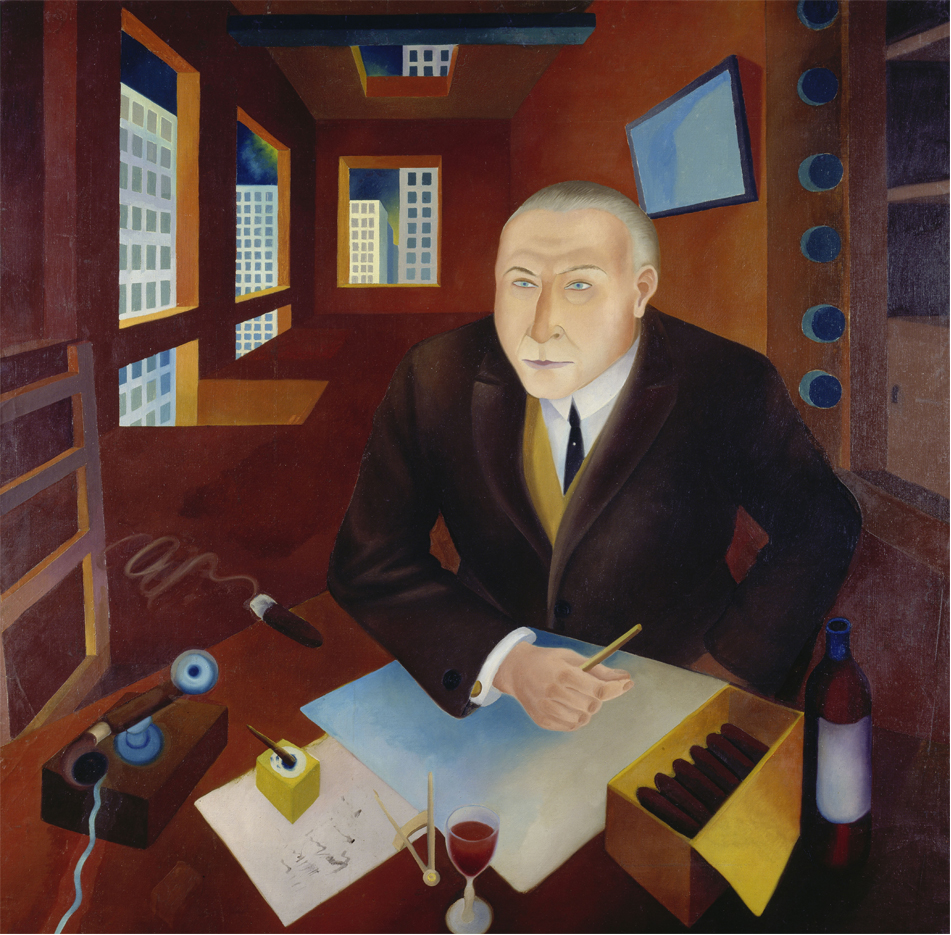 New Objectivity: Modern German Art in the Weimar Republic, 1919–1933,
is the first comprehensive show in the United States to explore the themes that characterize
the dominant artistic trends of the Weimar Republic.
Organized in association with the Museo Correr in Venice, Italy,
this exhibition features nearly 200 paintings, photographs, drawings, and prints by more
than 50 artists essential to understanding 20th century German modernism.
Special attention is devoted to
the juxtaposition of painting and photography, offering the rare opportunity to examine
both the similarities and differences between the movement’s diverse media. 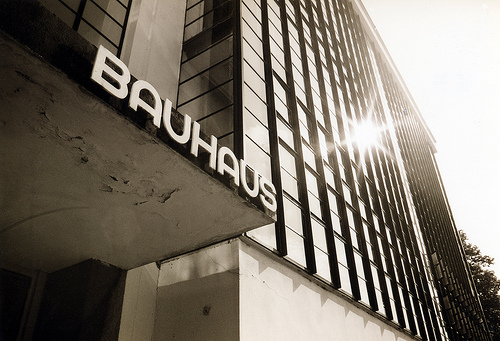 During the 14 years of the Weimar Republic (1919–1933), artists in Germany grappled with the devastating aftermath of World War I: the social, cultural, and economic effects of rapid modernization and urbanization; staggering unemployment and despair; shifting gender identities; and developments in technology and industry. Situated between the end of World War I and the Nazi assumption of power, Germany’s first democracy thrived as a laboratory for widespread cultural achievement, witnessing the end of Expressionism, the exuberant anti-art activities of the Dadaists, the establishment of the Bauhaus design school, and the emergence of a new realism. 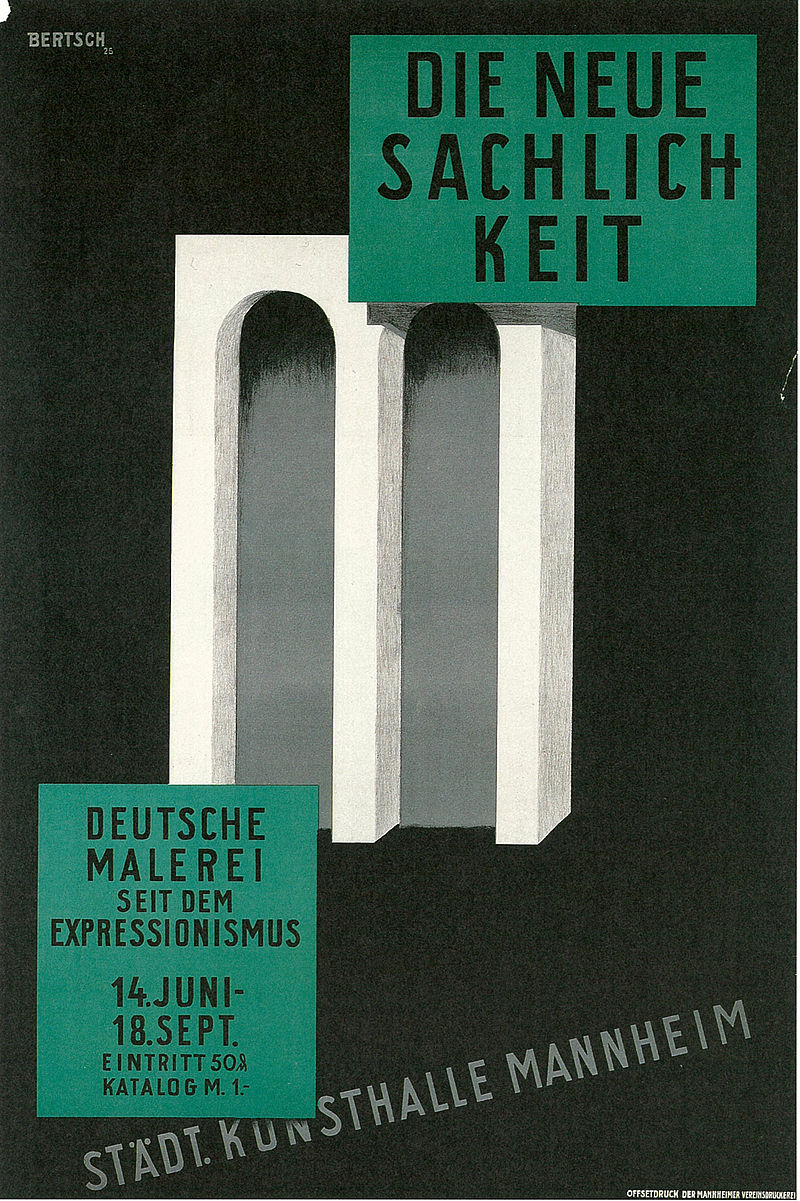 This new turn to realism, best recognized by a 1925 exhibition in Mannheim, Neue Sachlichkeit (of which New Objectivity is the English translation), has at times been called Post-Expressionism, neo-naturalism, Verism, and Magic Realism.
The diverse group of artists associated with this new realism was not unified by manifesto, political tendency, or geography, they shared a skepticism regarding the direction Germany society was taking in the years following World War I and an awareness of the human isolation these changes brought about.

The artists mood at the time 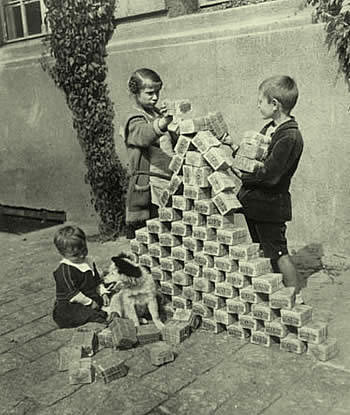 Germany’s financial, sociopolitical, and emotional defeat in World War I took a profound toll on the nation. In contrast to their Expressionist predecessors—who had enthusiastically embraced the war before confronting its harrowing realities on the battlefield—practitioners of the New Objectivity movement were disillusioned with the complex realities of the new Germany.
Digressing from Expressionism’s penchant for bold, abstract subjectivity, the Weimar Republic’s burgeoning group of artists favored realism, precision, objective sobriety, and the appropriation of Old Master painting techniques, including a nostalgic return to portraiture and heightened attention to the appearance of surface.

Image:
One of the first problems that the Weimar Republic faced was Hyperinflation. Money became so worthless that children could play with stacks of it.

The exhibition is organized into five thematic sections

1. Life in the Democracy and the Aftermath of the War


Highlights the disparity between victims of the Weimar Republic and the growing bourgeoisie that benefited from the deprivation of that period. Artists such as Max Beckmann, Otto Dix, George Grosz, August Sander, and Heinrich Maria Davringhausen, portrayed urban landscapes highlighting postwar outcasts and their environs: the unemployed, disfigured, victims of violence, and prostitutes are set amid backdrops of bordellos, street corners and other scenes fraught with menace. In contrast, the Weimar Republic’s burgeoning upper class was often depicted as corrupt and ruthless. 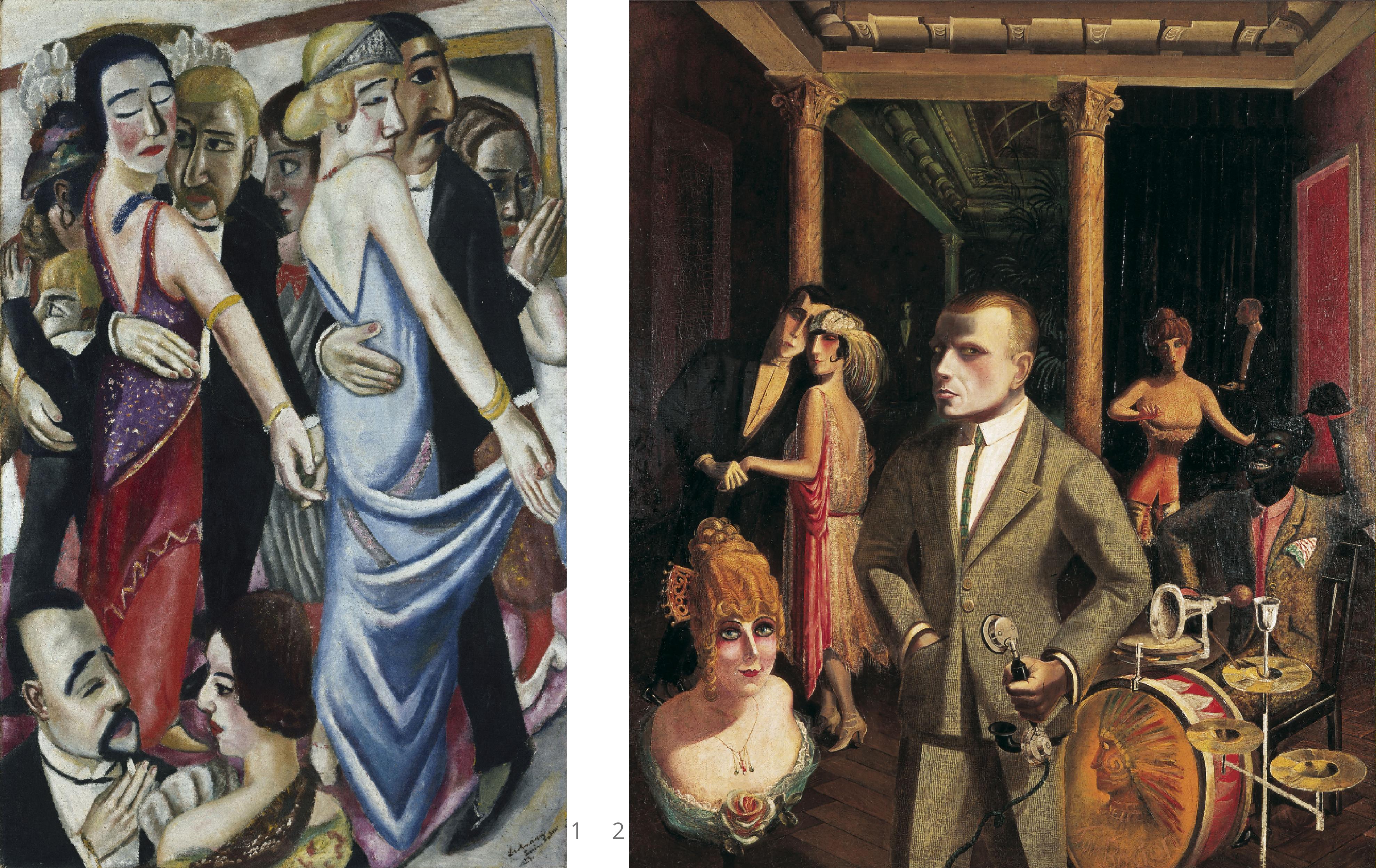 Davringhausen’s The Profiteer (1920–21), for example, caricatures a common social type of the early Weimar era: the exploitative businessman making his fortune during the period of hyperinflation. Davringhausen places his profiteer on the top floor of a skyscraper in a long, narrow room filled with windows that appear to be left open, as if there may be the danger of falling out. The brick red walls add to the psychological intensity of the hyper-modern space, in which the well-dressed businessman sits at his desk, enjoying a glass of wine and a cigar as he stares out dispassionately, avoiding the viewer’s gaze. 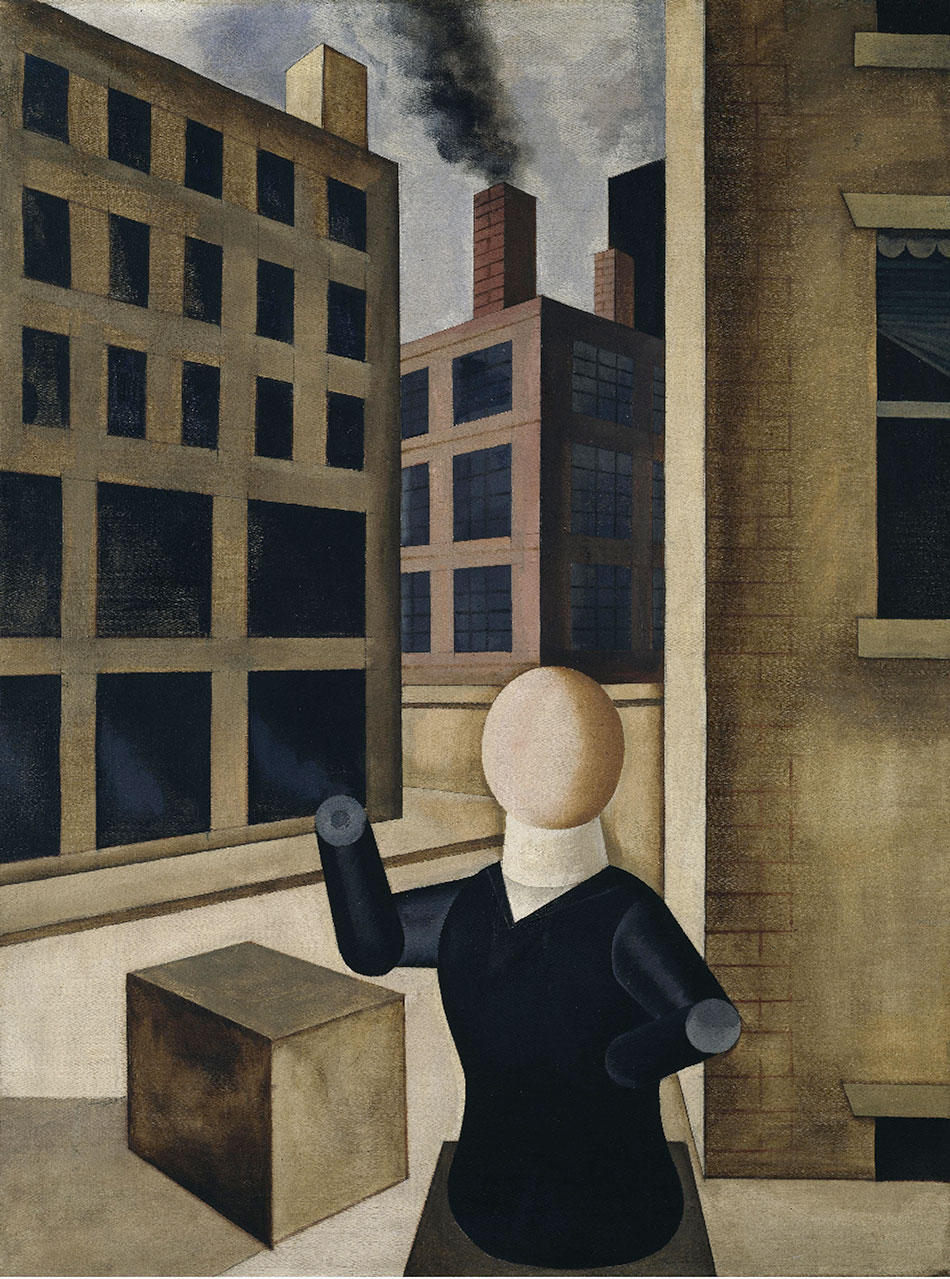 
2. The City and the Nature of Landscape

Artists respond to the tensions caused by the effects of industrialization, which bled from cities into rural areas. As factories and jobs proliferated, Germany experienced a mass migration of its population from the countryside to urban areas. The notion of the city became associated with the future while the rural was nostalgically regarded as the past, and those who experienced the transition of migration were subject to feelings of displacement.

The complex relationship between the urban and rural reflected the disparate conditions of the Weimar Republic. In addition to artists such as Leonhard Schmidt, Gustav Wunderwald, Erich Wegner, Georg Scholz, and Anton Räderscheidt, this section features Arthur Köster, whose photographs of architect Otto Haesler’s Georgsgarten Siedlung represented architectural spaces using high-contrast lighting and experimental framing. In St. Georgs-Garten Siedlung, Architekt Otto Haesler, Köster’s human subjects, dwarfed by the buildings’ geometric rigor and frozen in the composition’s overriding sense of stillness, suggest an apprehension toward the new, modernized Germany; meanwhile, his images portraying the green spaces of Georgsgarten Siedlung distill nature through the lens of industry. 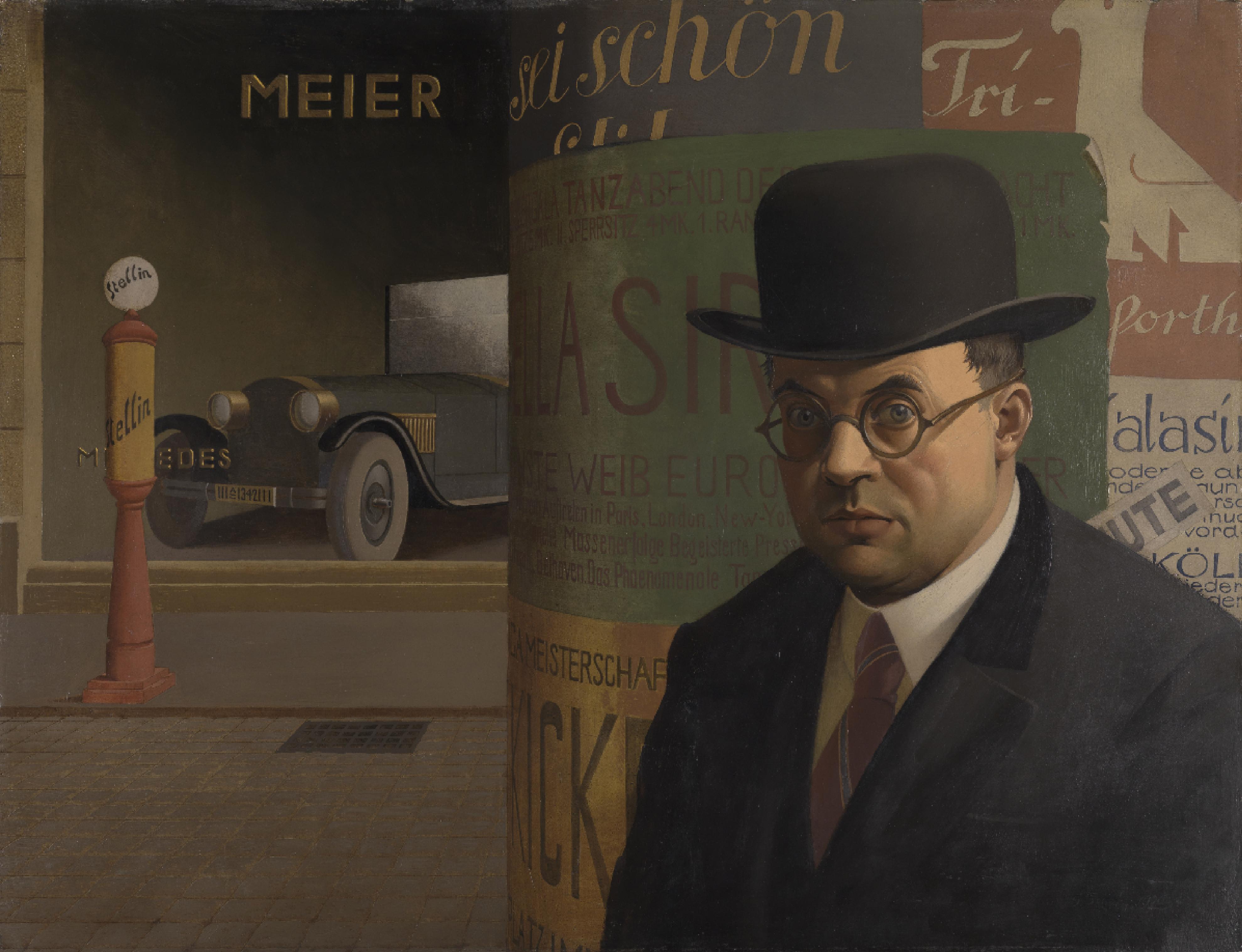 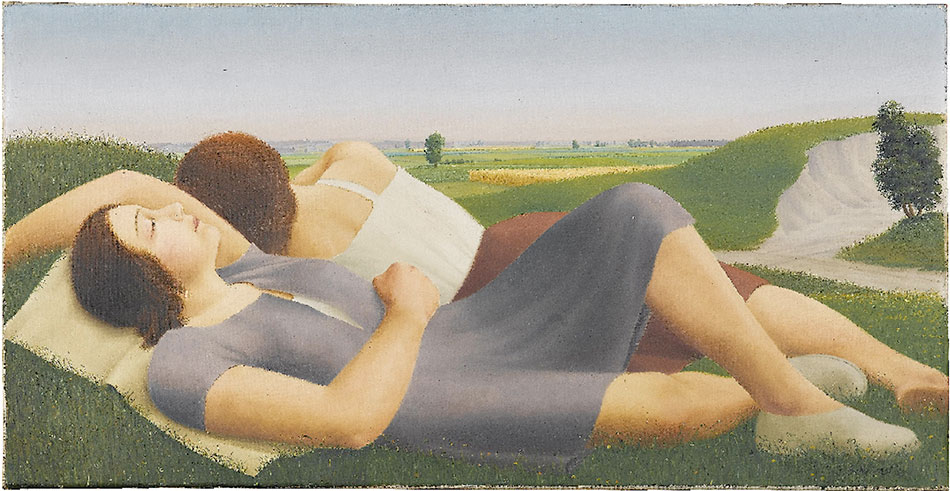 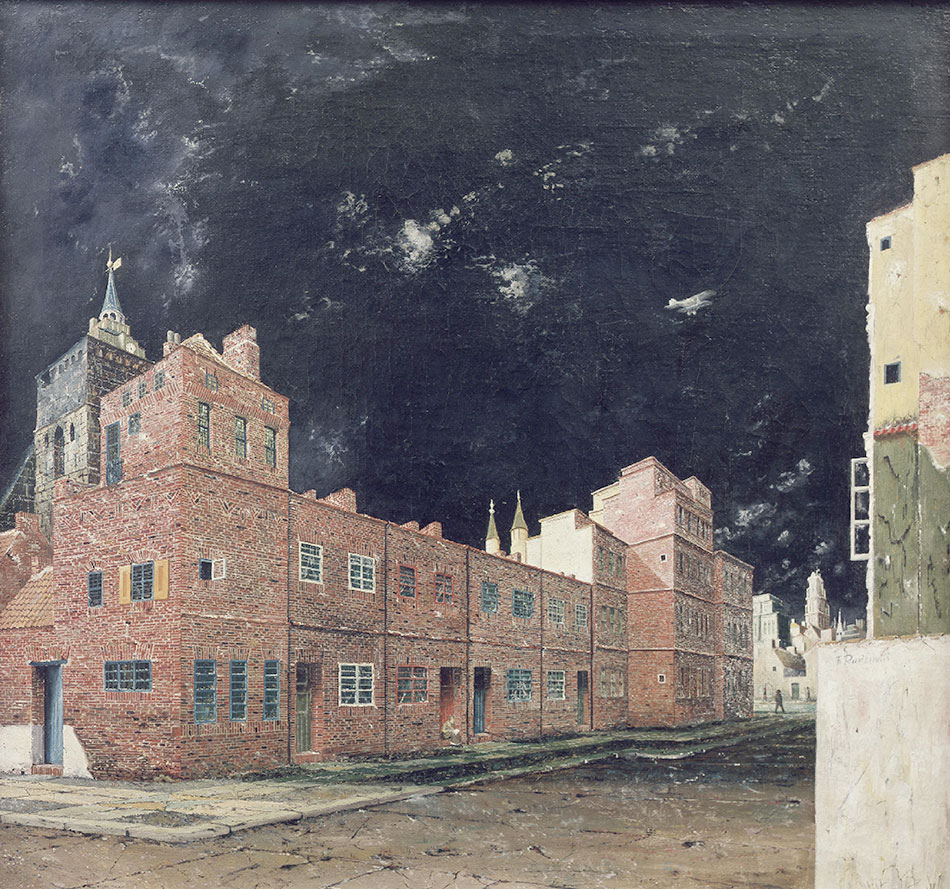 Proposes a new form of the still life, meticulously staged compositions that might be called object-portraits. Zeroing in on disparate, banal objects of everyday life, these images represent things as markers of modernity and mass production. This section sees a recurring motif of cacti and rubber plants—“exotic” plants that were common in households at the time—and includes work by Aenne Biermann, Georg Scholz, Albert Renger-Patzsch, and Finsler, among others. 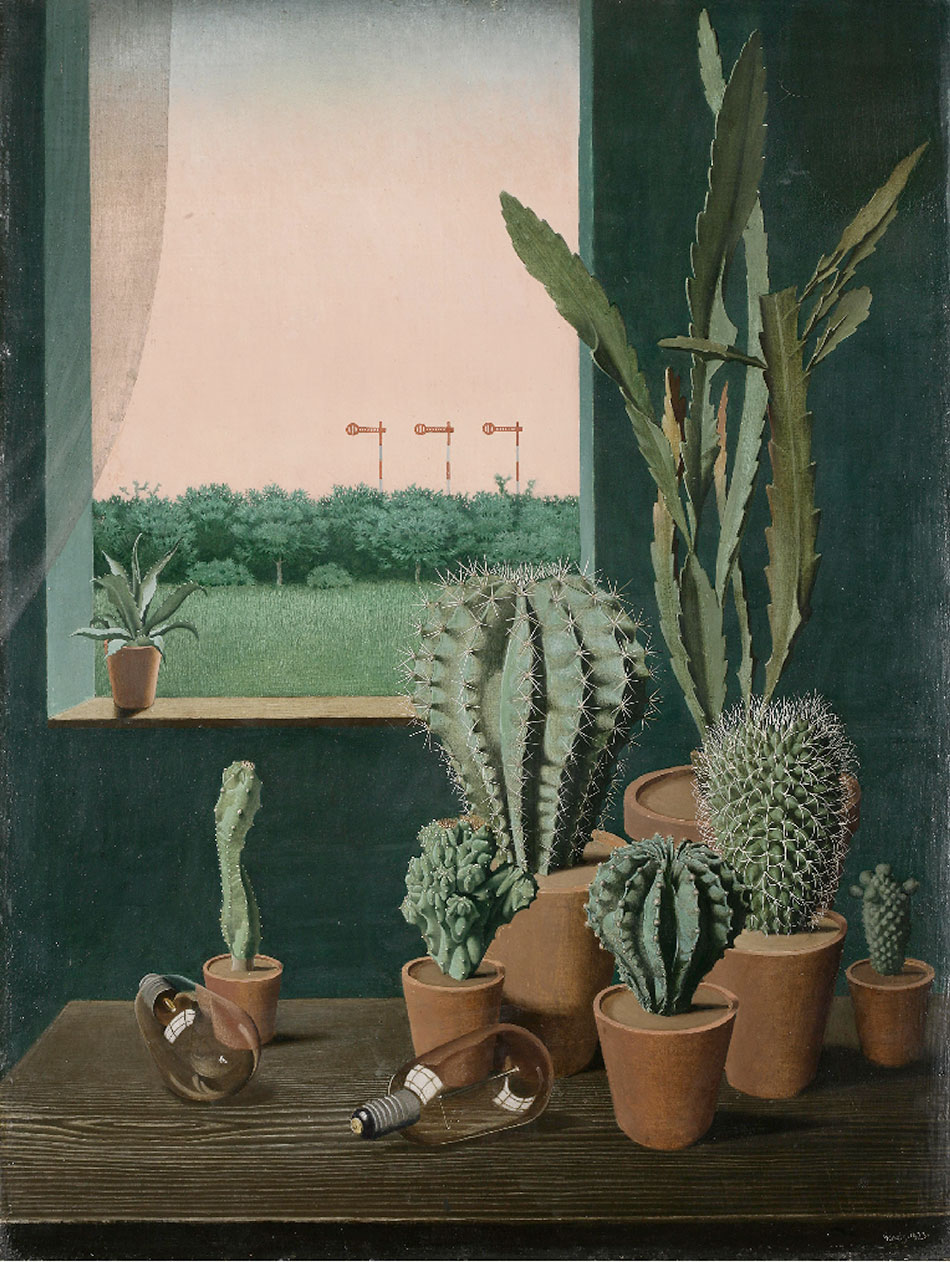 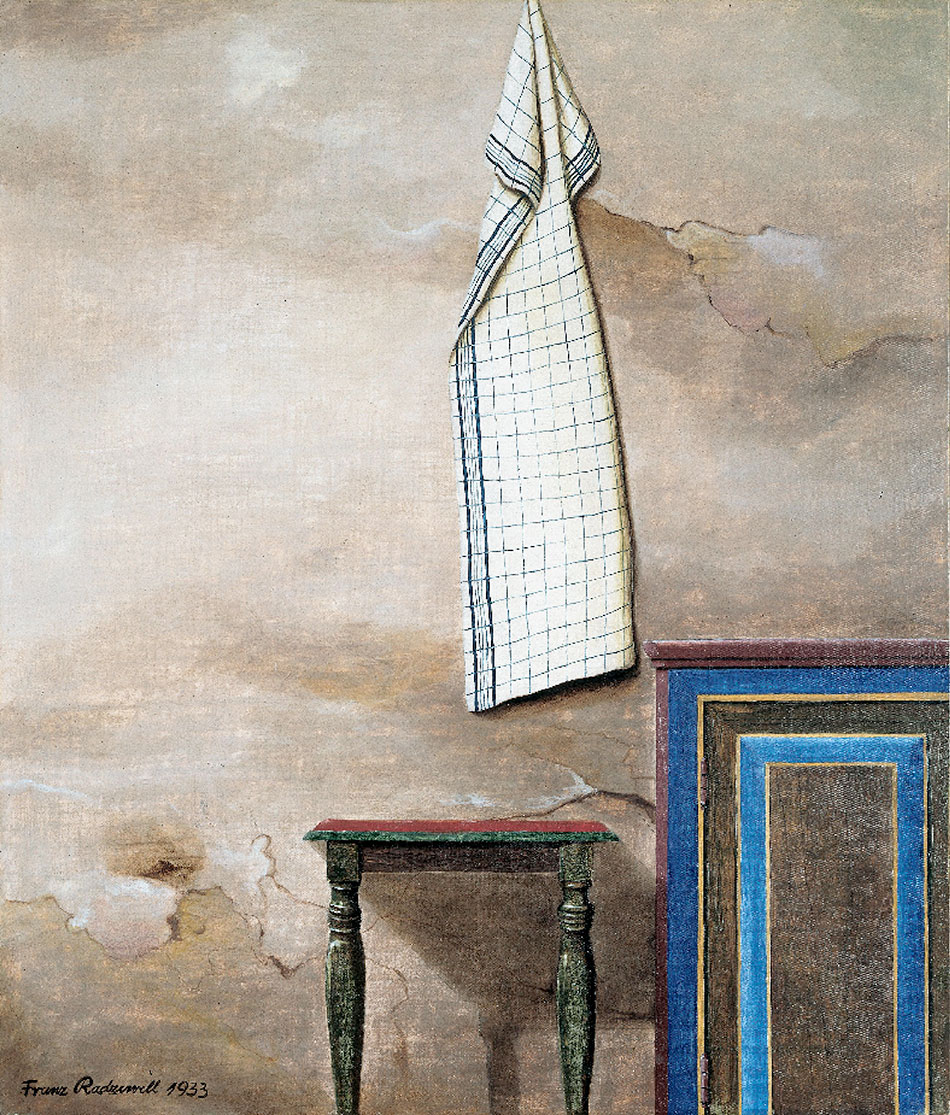 The penultimate section of New Objectivity, highlights artists’ attention to the Weimar Republic’s advancements in technology and industry. While some were skeptical about the lack of humanity found within networks of new machinery, others acknowledged the transformative power of technologies and sought new ways of conceiving man’s relationship to industry. Photography plays a key role in this section, not only commenting on its newly accepted position as an art form, but also serving as a key influence for painters such as Carl Grossberg, who executed paintings of factories with photographic precision as seen in Paper Machine (1934). Additionally, some artists, such as Renger-Patzch, attempted to bridge the psychological divide between the natural and the industrial by drawing structural parallels between machinery and botany. 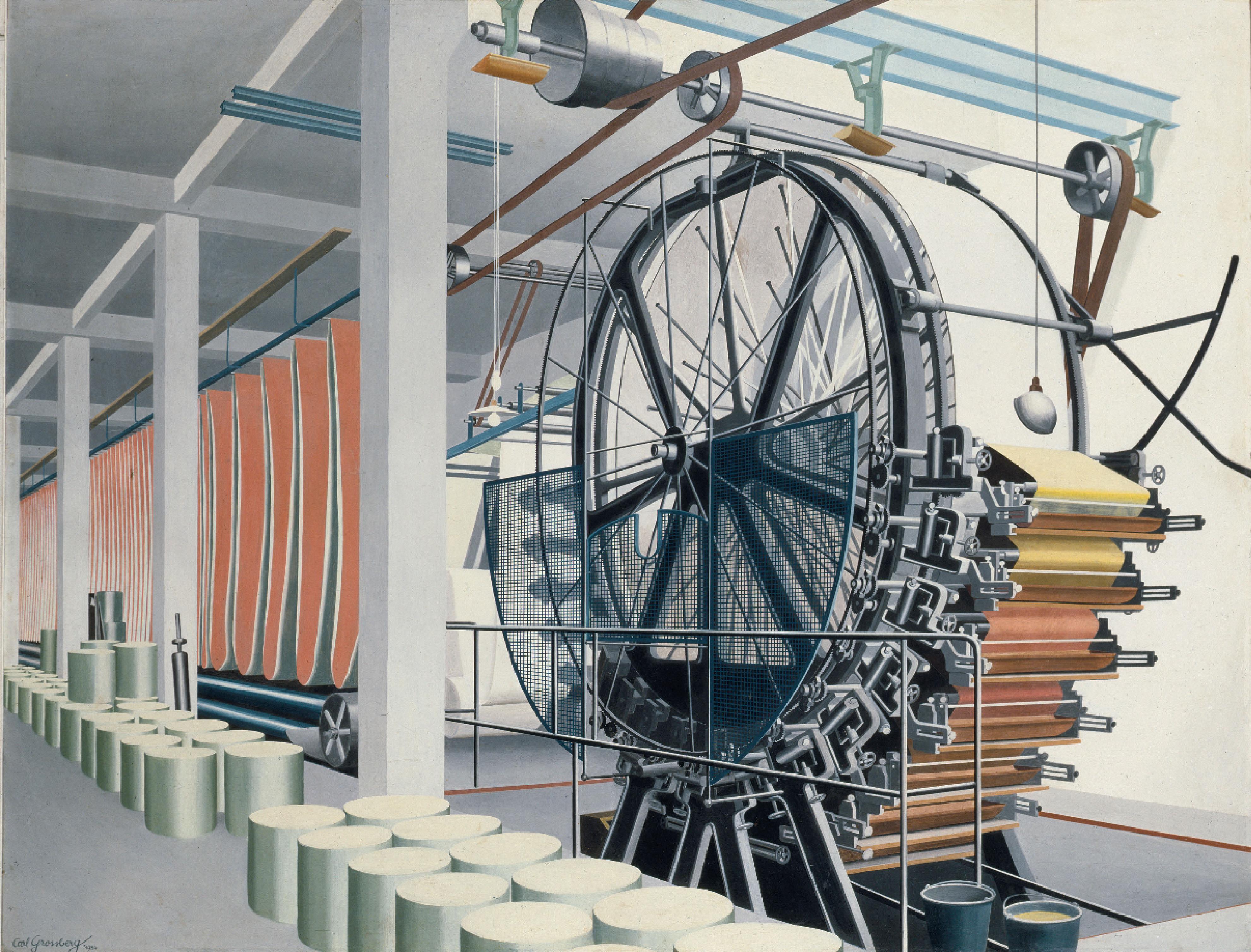 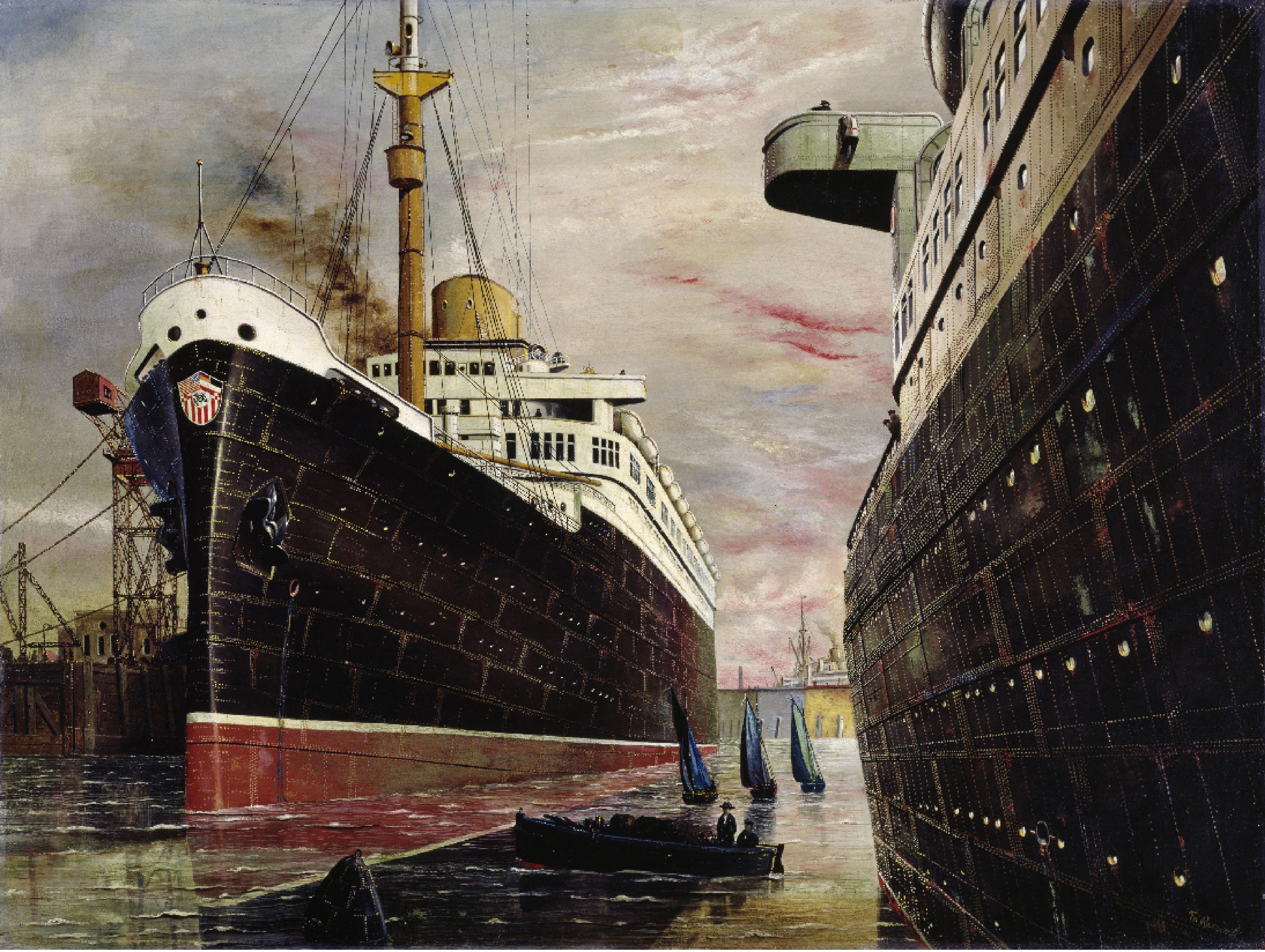 Which examines the way artists including Beckmann, Dix, Schad, and their peers turned to portraiture. While diverse in approach, the portraits featured numerous commonalities, including social typecasting, unsentimental renderings, and self-portraiture. Dominating these portraits are depictions of other artists, writers, and performers, the working class, and marginalized members of society as well as newly established types specific to the period, such as the war veteran and the “new woman.” 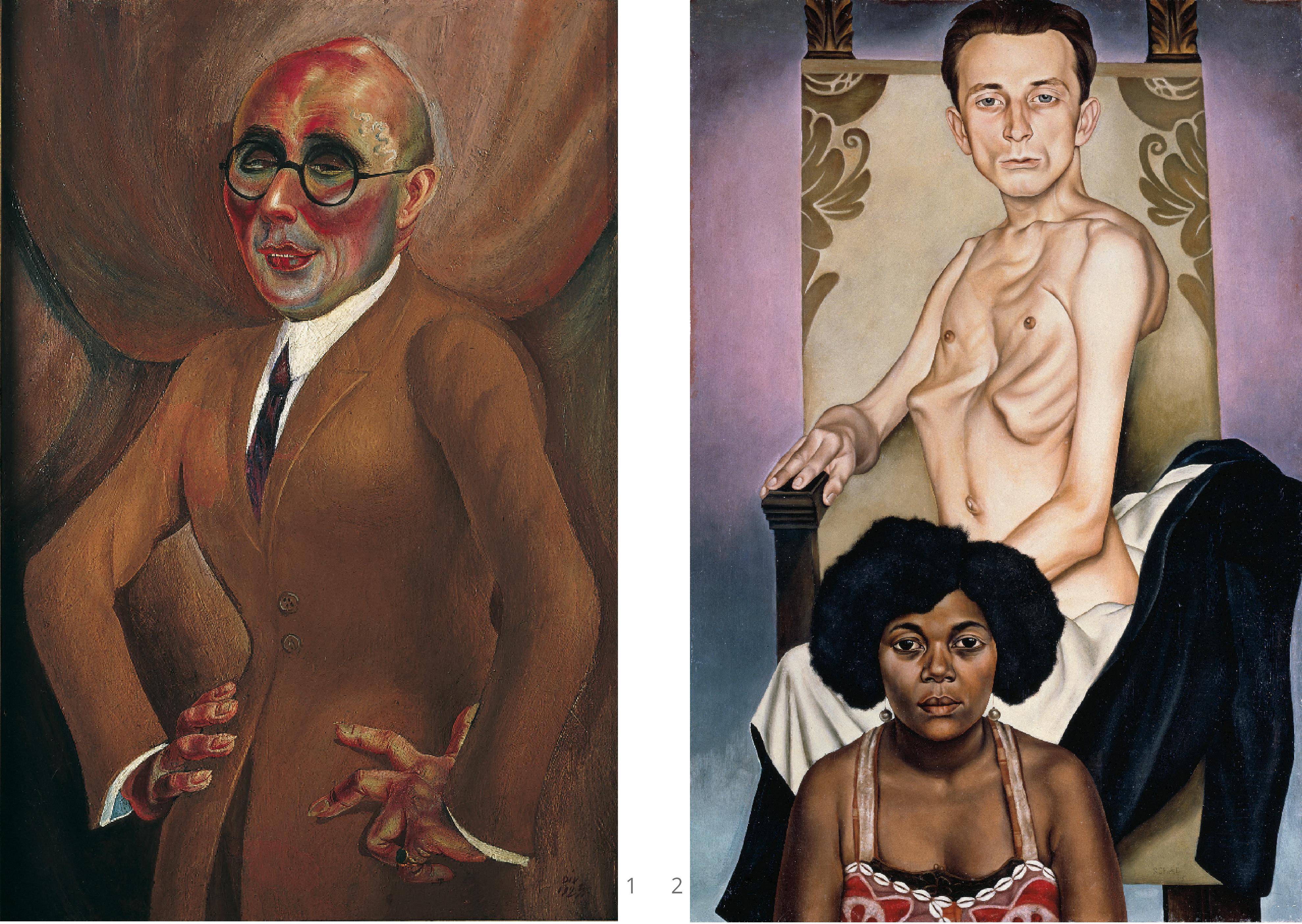 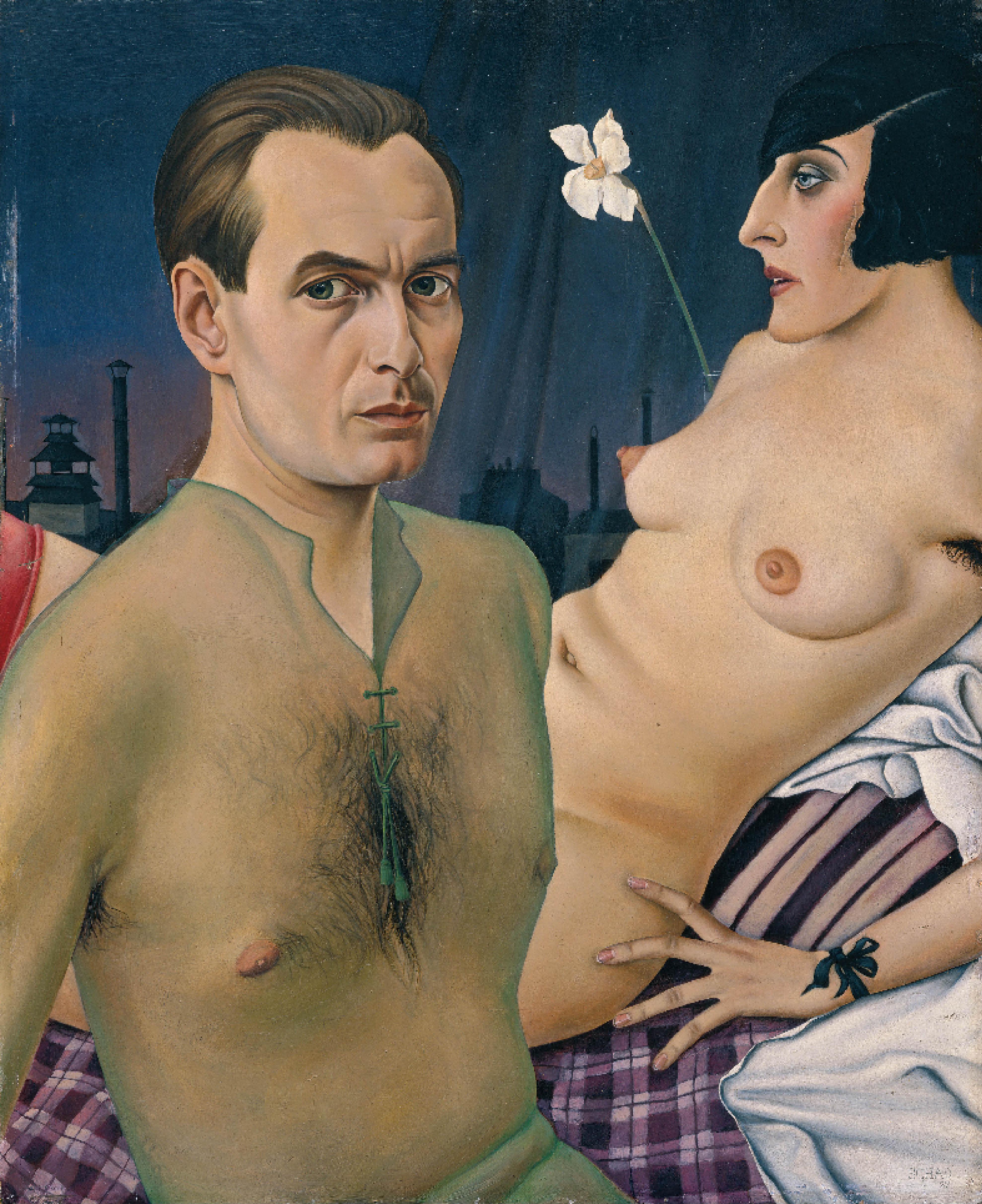 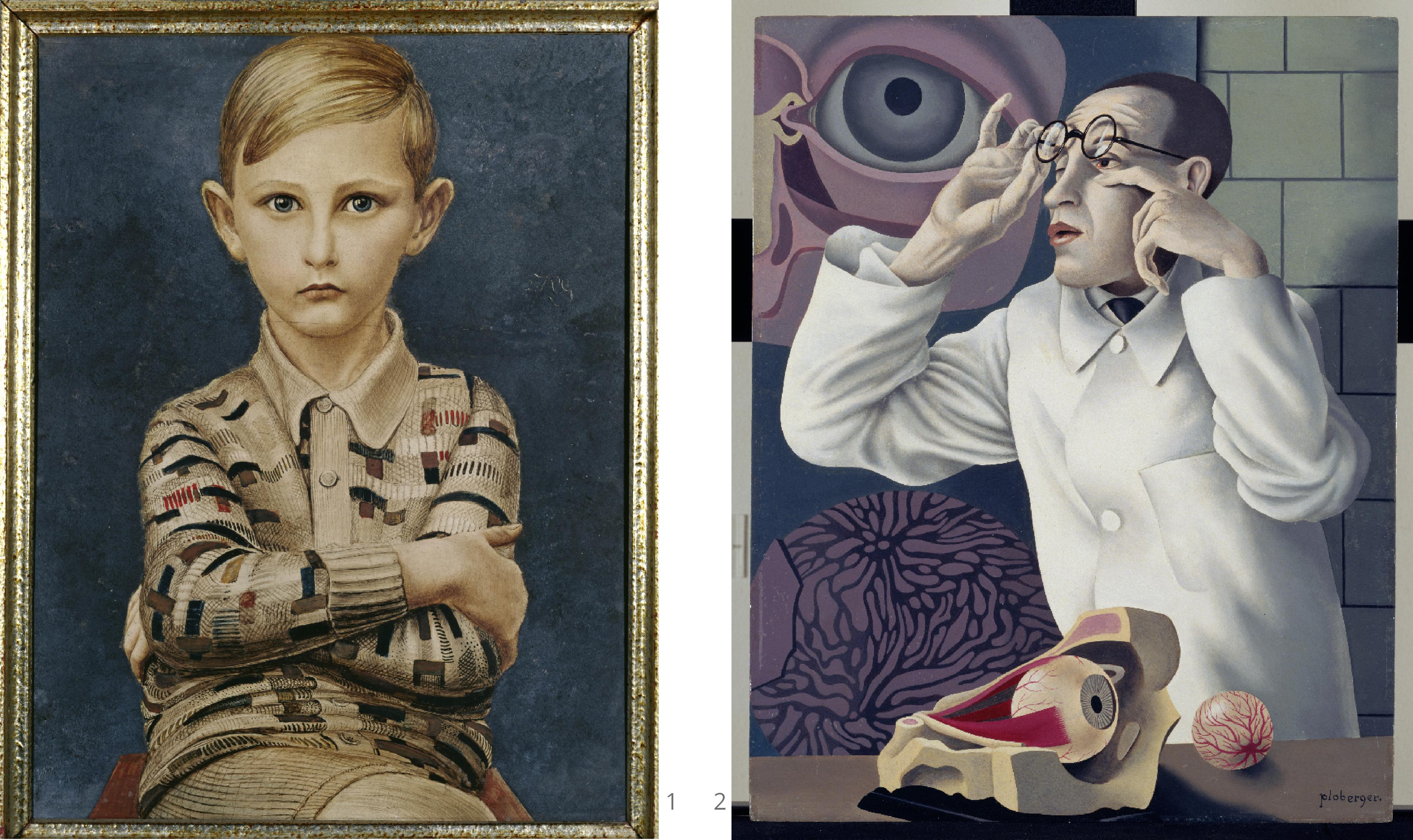 One of the most iconic images to derive from this new trend informal realism is Max Beckmann’s Self-Portrait in Tuxedo (1927) in which he wears a smoking jacket and its class connotations like a costume and stares brazenly at the viewer. 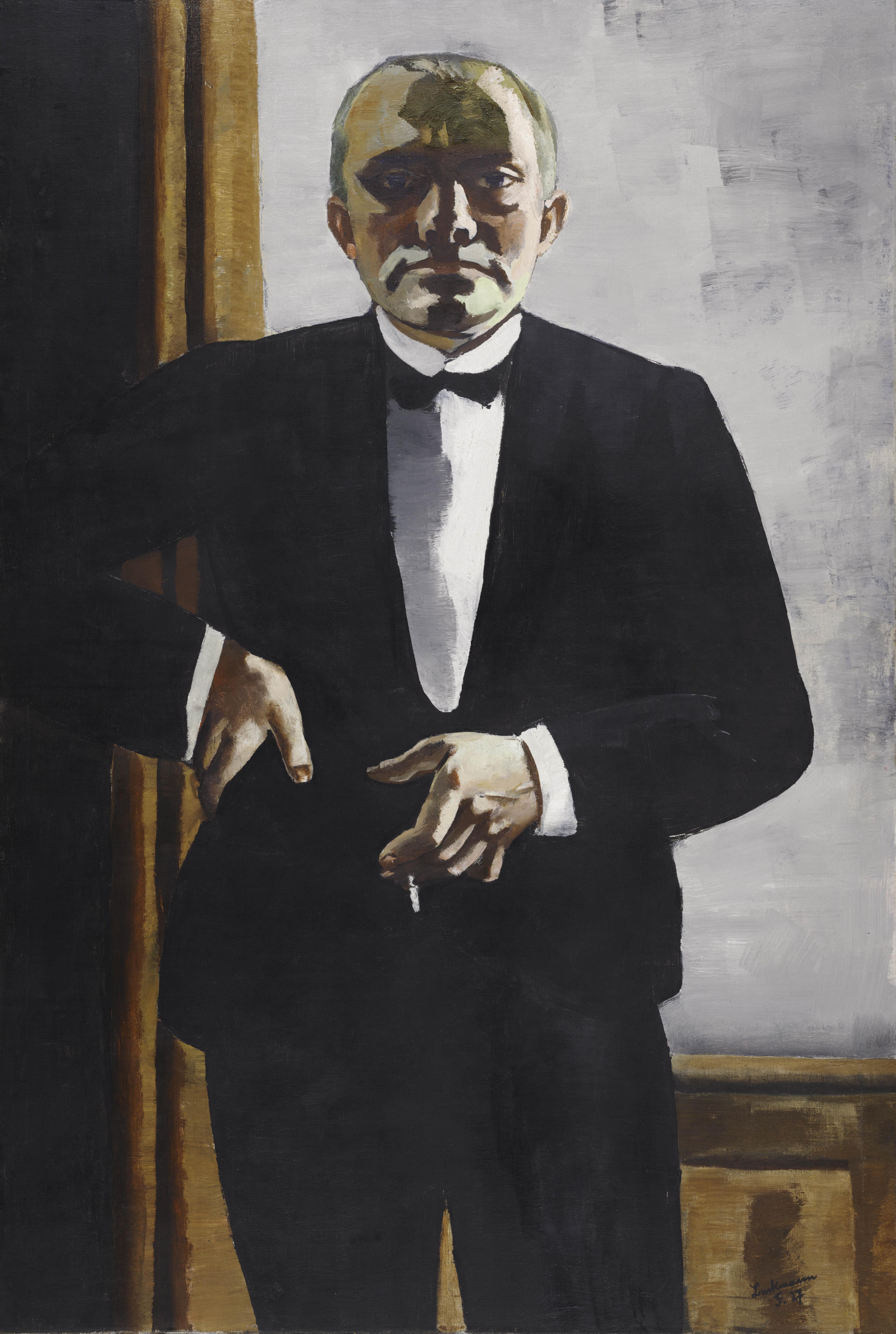 Another of the most important practitioners of this new portraiture is August Sander, who photographed his many subjects in somber, unexpressive poses, which he then arranged according to profession. The faces captured in his unfinished series—his subjects are only rarely identified by name—form an indelible archive of Weimar society. 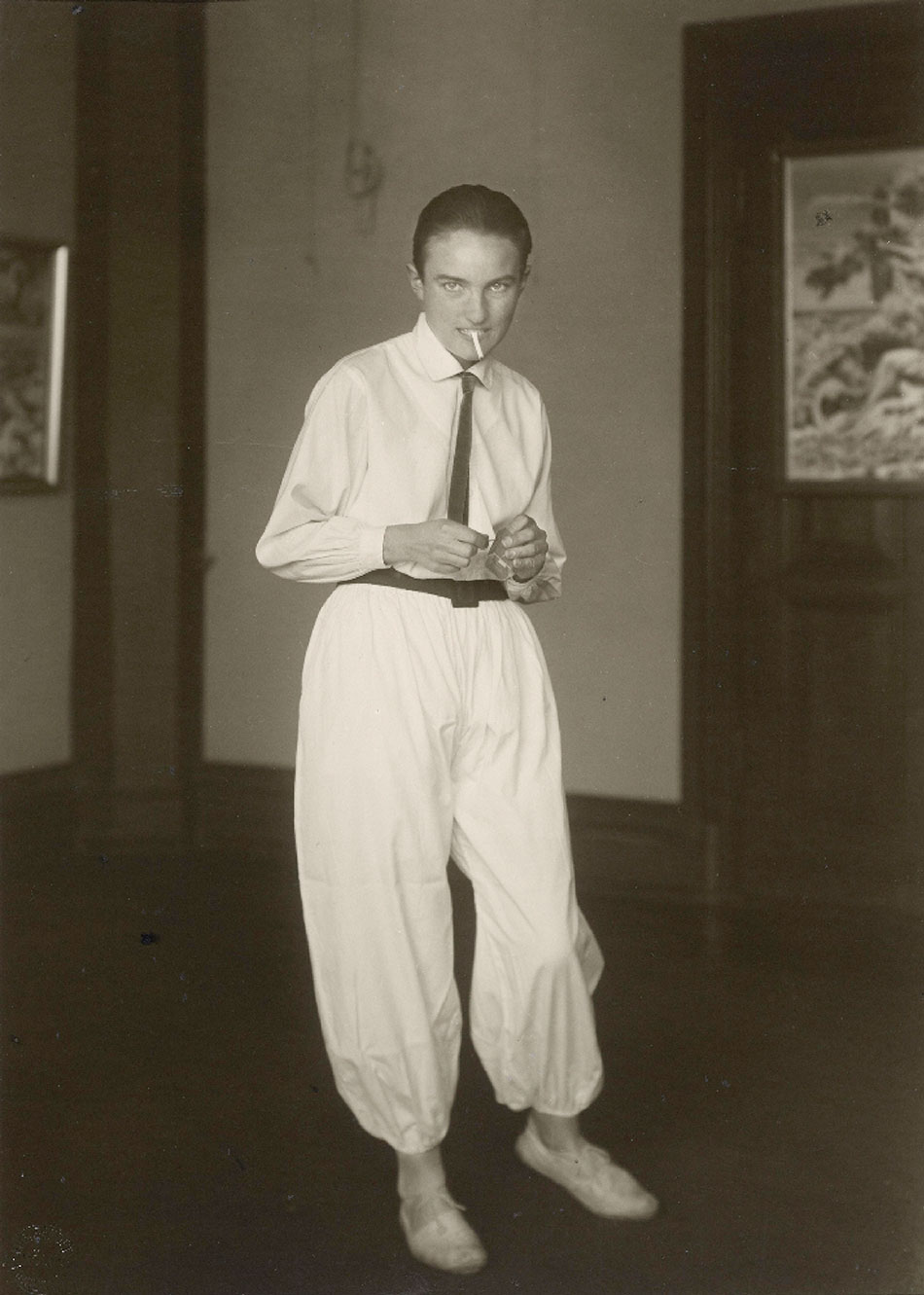 Stephanie Barron, Exhibition Curator and Senior Curator of Modern Art at LACMA, said, “Close examinations of this period still yield new insights into a complicated chapter in modern German art. With very different backgrounds, these artists—some among the most well-known artists of the century, while others are virtually unknown outside Germany—eschewed emotion, gesture, and ecstasy, and sought instead to record and unmask the world around them with a close, impersonal, restrained gaze. Together, they created a collective portrait of a society in uneasy transition, in images that are as striking today as they were in their own time.”

Michael Govan, LACMA CEO and Wallis Annenberg Director said, “Contemporary art and popular culture alike are preoccupied with documenting ‘the real,’ and it is worth taking a fresh look at how artists in the 1920s dealt with the uses of realism in a time of postwar uncertainty” “We hope that New Objectivity: Modern German Art in the Weimar Republic, 1919–1933 will shed new light on this important intersection of art, politics, and modernization that marks one of the most crucial periods of the 20th century. “

* This exhibition was organized by the Los Angeles County Museum of Art in association with Fondazione Musei Civici di Venezia. 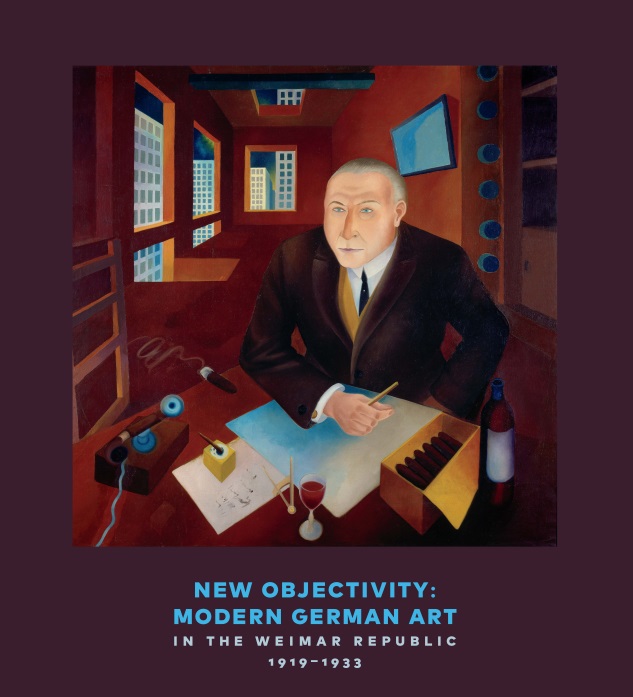 Between the end of World War I and the Nazi rise to power, Germany’s Weimar Republic (1919-1933) was a thriving laboratory of art and culture. As the country experienced unprecedented and often tumultuous social, economic, and political upheaval, many artists rejected Expressionism in favor of a new realism to capture this emerging society. Dubbed Neue Sachlichkeit— New Objectivity—its adherents turned a cold eye on the new Germany: its desperate prostitutes and crippled war veterans, its alienated urban landscapes, its decadent underworld where anything was available for a price. This book mixes photography, works on paper, and painting to bring them into a visual dialogue. Over 50 artists such as Otto Dix, George Grosz, and Max Beckmann are included alongside Christian Schad, Alexander Kanoldt, Georg Schrimpf, August Sander, Lotte Jacobi, and Aenne Biermann.

FILMS:  New Objectivity: Modern German Art in the Weimar Republic
The films presented here are among the most iconic of Weimar cinema, including some of its great early masterpieces of sound film, and starring famous actors such as Marlene Dietrich in her breakout role, as well as Peter Lorre, Emil Jannings, and Brigitte Helm. Link