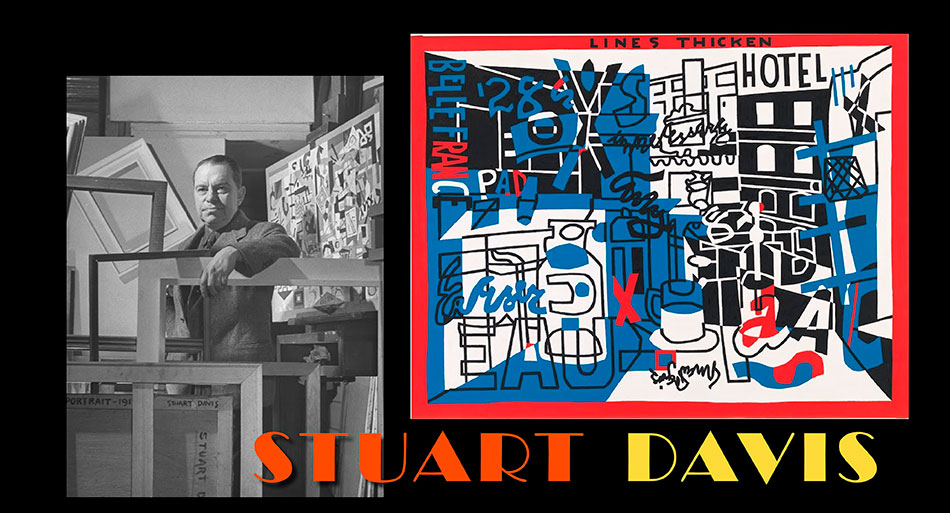 A key figure in the development of American Modernism

Approximately 75 works will reveal Davis’s unique ability to assimilate the imagery of popular culture,
the aesthetics of advertising, and the rhythms of jazz into colorful works .

Loans from the Whitney Museum of American Art, New York’s Museum of Modern Art, the Metropolitan Museum of Art, and the Hirshhorn Museum and Sculpture Garden among others, will allow West Coast audiences the rare opportunity to see career-spanning works by this enterprising modern painter, who ranks with Georgia O’Keeffe and Edward Hopper as among the most important American artists of his generation. 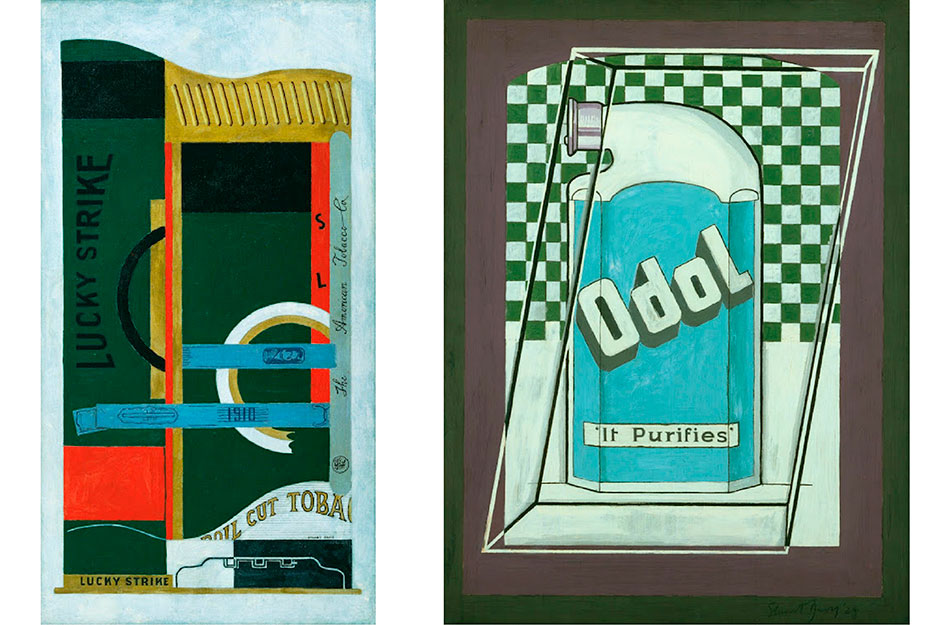 
The organization of this exhibition is unique,
revealing new aspects of Davis’s practice

Not quite a retrospective, Stuart Davis: In Full Swing takes as its starting point Davis’s breakthrough paintings of commercial products from the early 1920s and concludes with the unfinished canvas left on his easel at his death in 1964—spanning a period of time that ranges from the jazz age to the protest era.
Related works from different periods of the artist’s career will be installed alongside one another, reflecting Davis’s tendency, beginning in the late 1930s, to appropriate and rework his own earlier compositions; this will be the first major exhibition to do so.
The presentation also will include Davis’s kinetic compositions, which evoke the excitement, speed, and turbulence of the age, and continue to feel fresh and resonant today. 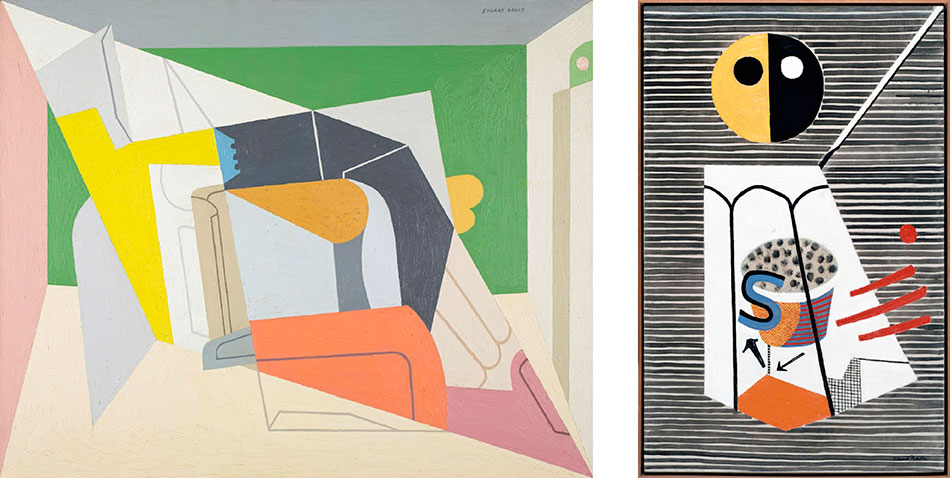 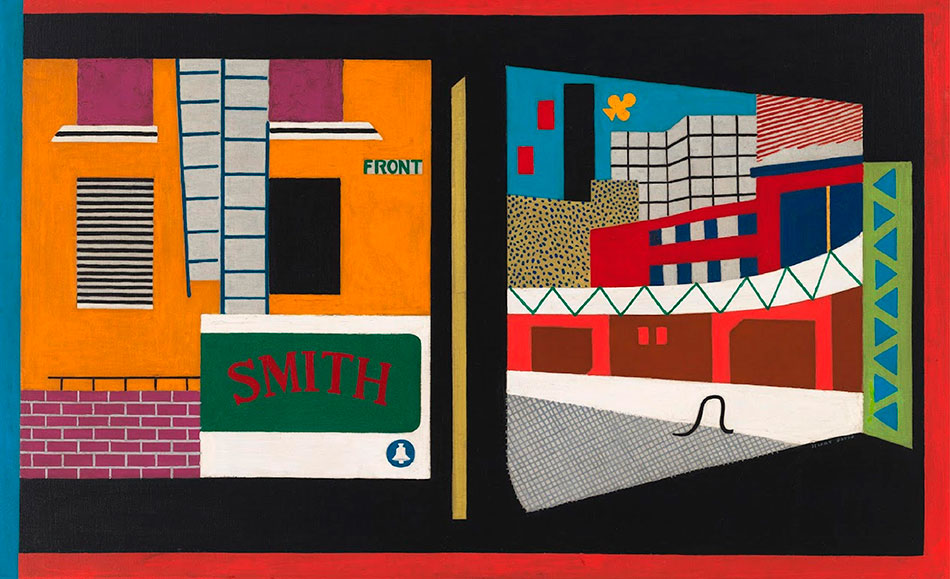 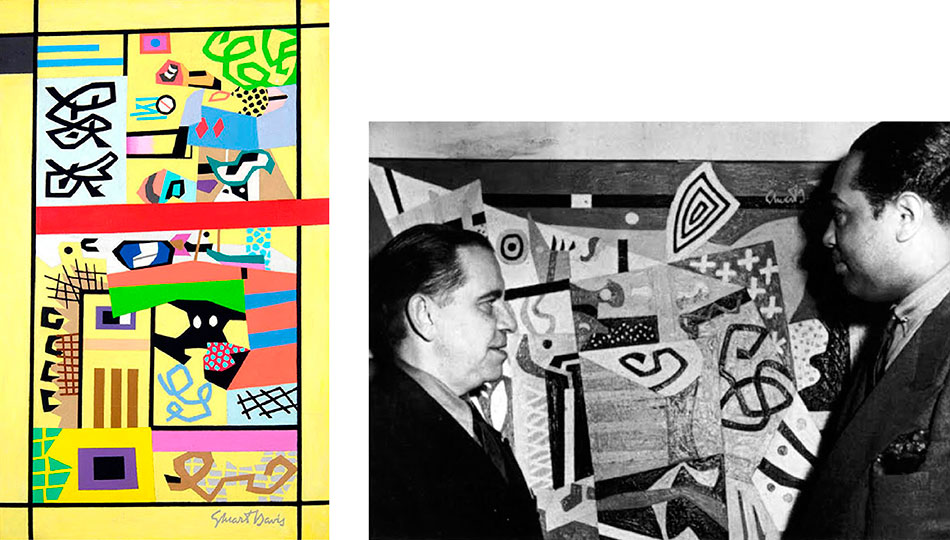 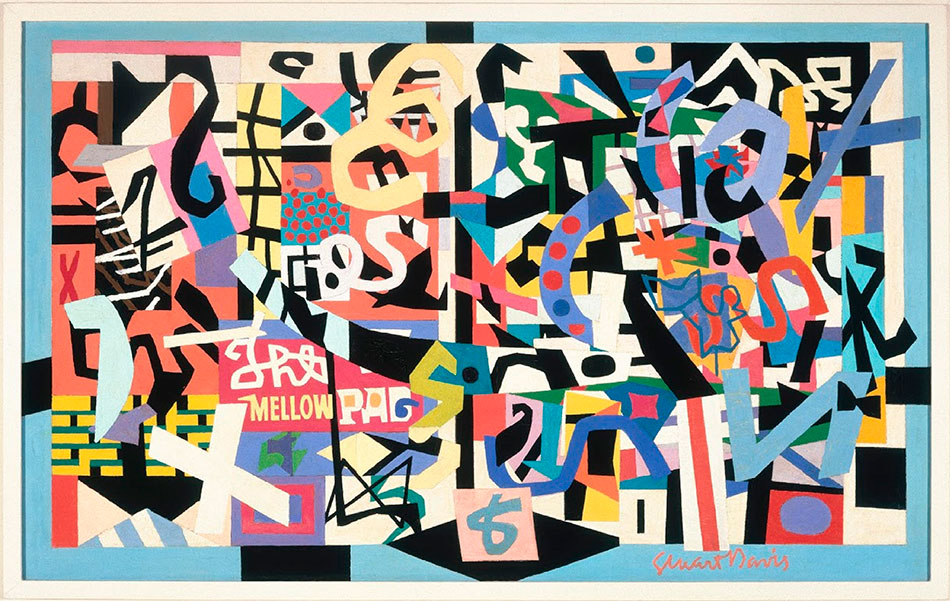 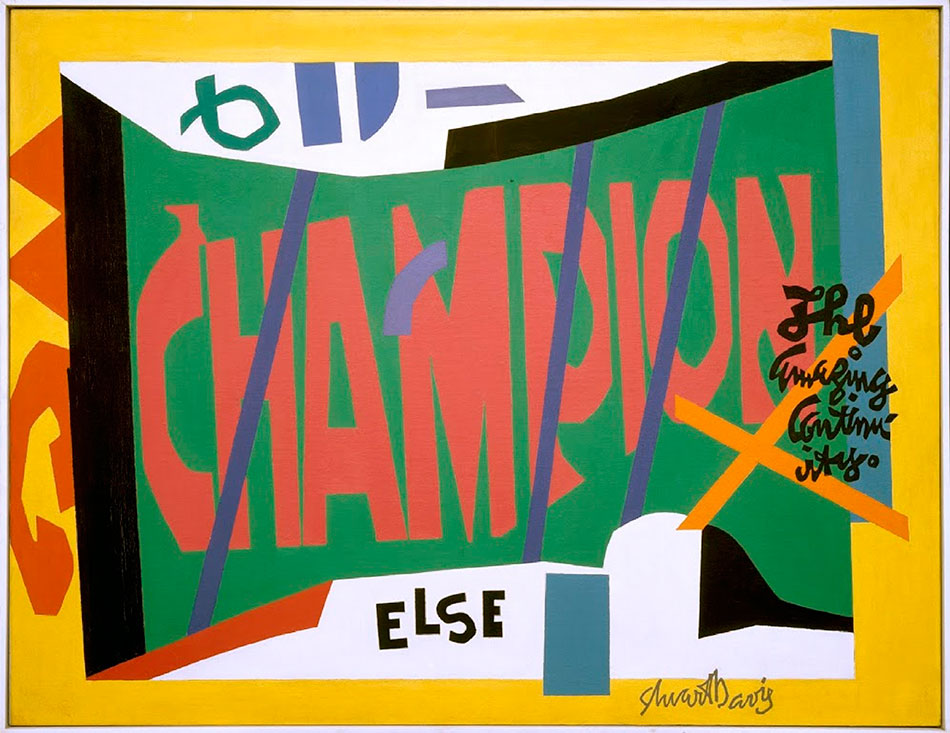 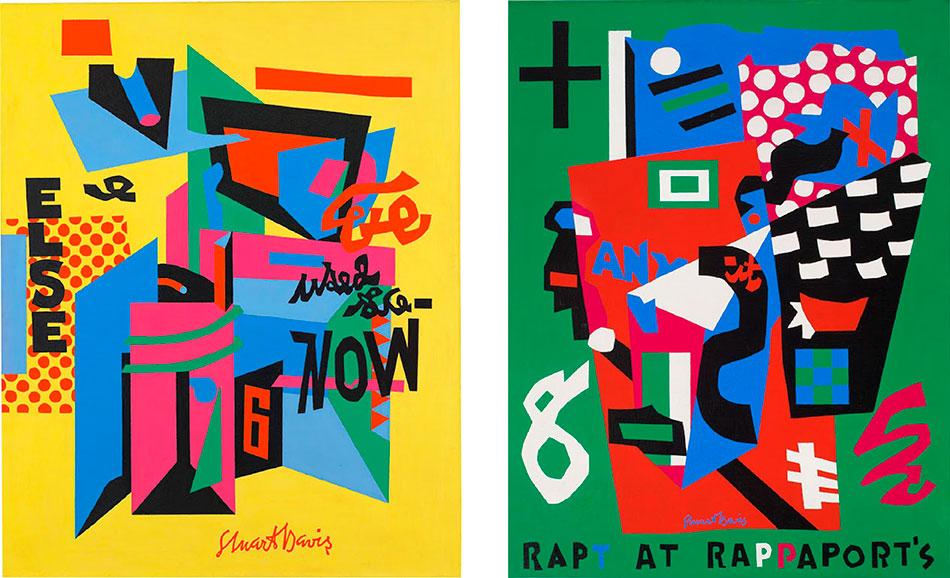 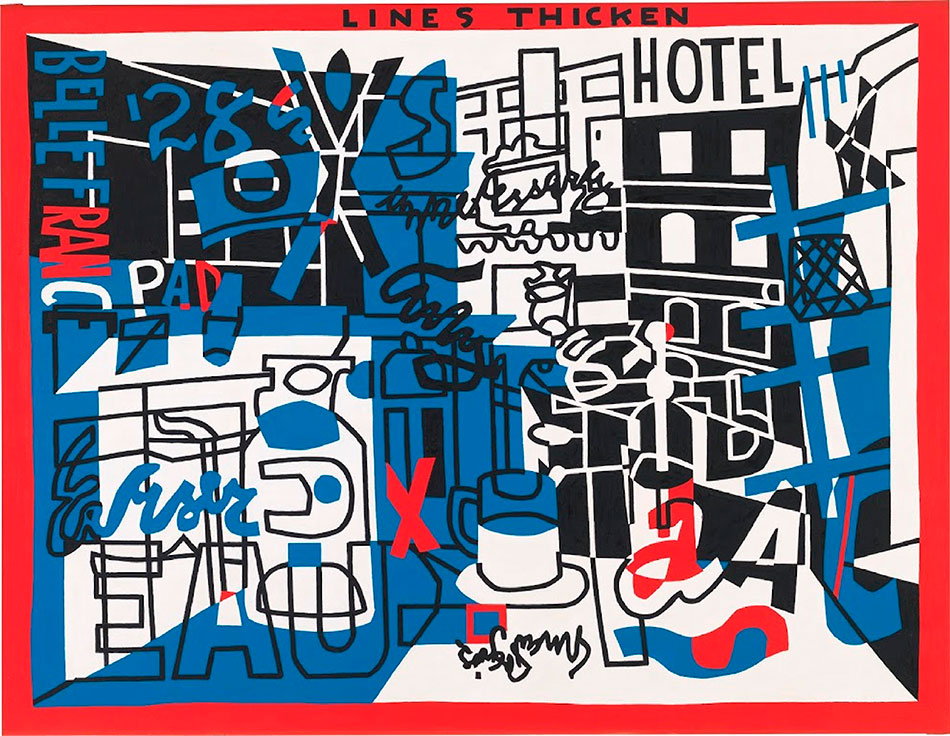 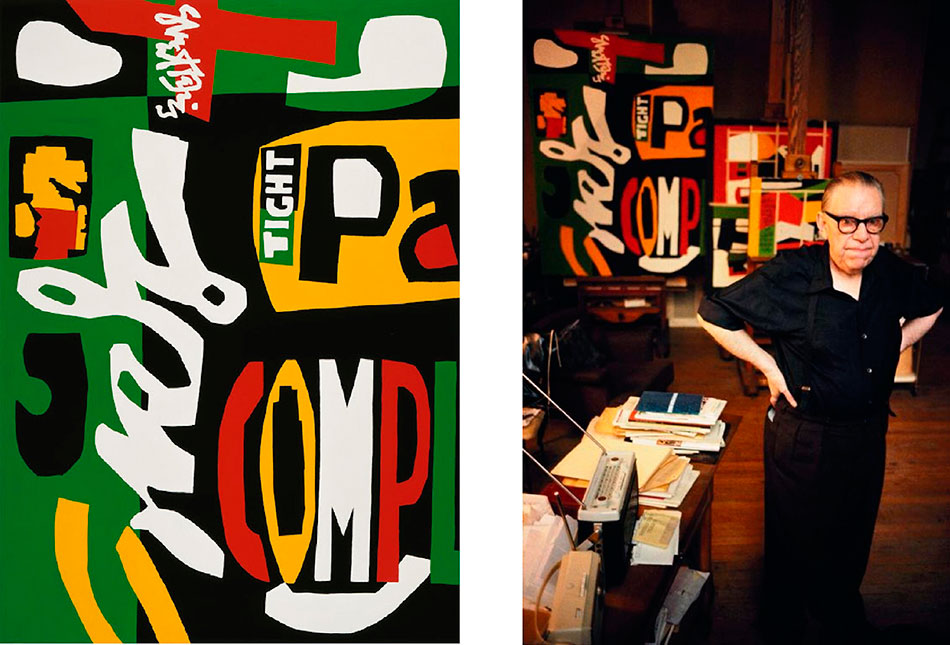 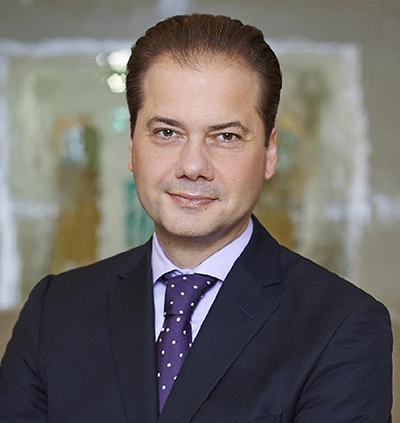 Max Hollein,
director and CEO of the Fine Arts Museums of San Francisco says,
“Stuart Davis was an artist both ahead of his time, and completely immersed in it,” “His works provided comment on the times and were simultaneously a dominant force in postwar art”.
“The de Young has always believed that artists have a duty to comment and critique our culture and we are pleased to show how one American artist responded to the tumultuous times he lived through.” 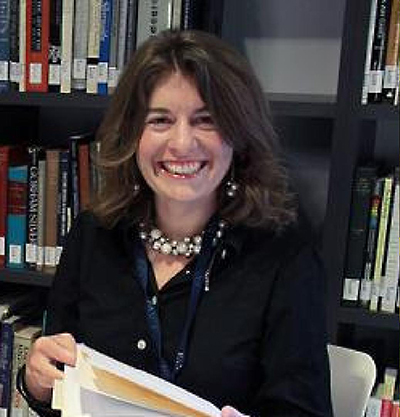 Emma Acker,
assistant curator of American art for the Fine Arts Museums of San Francisco says,
“Davis’s work was always ahead of its time” “from his appropriation of images from consumer culture and advertising in the 1920s, which predates 1960s Pop art; to his colorful ‘all-over’ abstractions of the early 1940s, which anticipate the ‘action painting’ of the Abstract Expressionists; to the ‘billboard aesthetic’ of his large-scale works from the early 1950s, whose reductive abstraction looks forward to 1960s Color-field painting”. “He is a pivotal figure in American art who blurred the boundaries between high and low, text and image, and representation and abstraction to create modern art that is lively and accessible, and reflects the world we live in.” 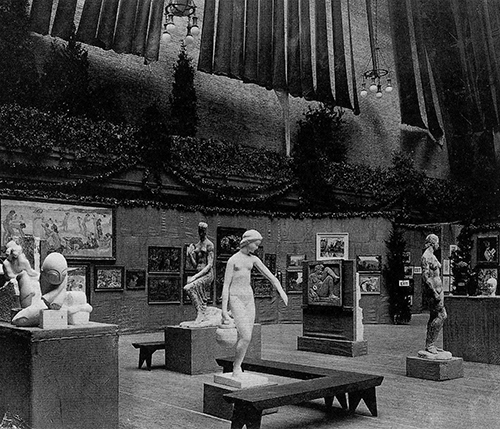 Davis began his career at an early age, leaving high school after his freshman year to study art full time with Ashcan School leader Robert Henri in New York City. Five of his watercolors were included in the now-legendary Armory Show of 1913, which introduced Davis to the avant-garde European modernist styles that heavily influenced his subsequent work. His exposure to European Modernism continued during a yearlong sojourn in Paris, where he painted scenes of cafes and street life.

The de Young’s presentation begins in 1921, as Davis emerged from his apprenticeship with European modernist artists and movements and began to develop his mature style. Early works such as Lucky Strike draw their imagery from familiar commercial products and merge the bold, graphic style of advertising with the visual language of Cubism to communicate a distinctly modern—and an unmistakably American—experience.

Davis similarly incorporated a Cubism-derived structure of flat, overlapping planes in the works he produced toward the end of the 1920s—including his well-known Egg Beater series of abstract still lifes (1927–28), three of which will be on display, and the vibrant landscapes he made in Paris, New York, and Gloucester, Massachusetts, where, beginning in 1915, he often spent summers. 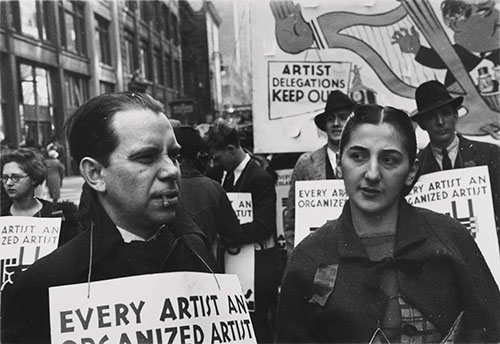 During the Depression years of the 1930s, Davis was a committed social activist, dedicating much of his time to organizing on behalf of artists’ rights.

By the late 1930s, he had increased the scale of his work and embraced an even more abstract language, influenced in part by his work as a muralist; one of the highlights of this section of the exhibition is his New York Mural (1932), which he produced for an exhibition at New York’s Museum of Modern Art.

Stuart Davis, at work on his WNYC studio mural for the Federal Art Project.
The Works Progress Administration or WPA was launched in 1935 by President Franklin D. Roosevelt to provide employment during the depression. Under the WPA there were new roads, dams and other public works project. It also put artists, actors, writers and musicians to work contributing their share to the cultural development of the nation.

Of all the artists who were engaged to do the murals at WNYC, Stuart Davis was the most well known. He was also a leading proponent of abstract art. He spoke at the dedication of the murals on August 2, 1939, “I say it is of crucial cultural importance when a city institution like the Municipal Broadcasting Company comes forward in sponsorship of abstract art. It is in harmony with the broad democratic cultural policy of WNYC.”

Davis’s abstractions of the 1940s, such as For Internal Use Only (1944–45) and The Mellow Pad (1945–51), feature densely patterned surfaces that anticipate the all-over compositional formats of Abstract Expressionists like Jackson Pollock. In the works he produced between the end of World War II and his death, Davis abandoned the shallow pictorial space of Cubism in favor of even flatter compositions that reflect the aesthetic of the billboard, as seen in Visa (1951), whose reductive abstraction looks forward to 1960s Color-field painting. 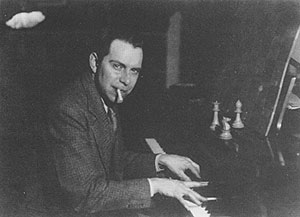 A lifelong jazz enthusiast, Davis stated that jazz was the “great American art expression,” with “the same quality of art that [he] found in the best modern painting.” Davis’s working method of appropriating and reworking his own earlier compositions shares with that musical genre the concept of variations on a theme, and similarly conveys a uniquely modern sense of dynamism and vibrancy.

CURATORS
Stuart Davis: In Full Swing Exhibition is
co-organized by :
Barbara Haskell, curator at the Whitney Museum of American Art in New York, and
Harry Cooper, curator and head of modern art at the National Gallery of Art in Washington, DC.

The presentation at the de Young museum, organized by FAMSF’s Acker

Exhibition Organization
This exhibition was organized by the National Gallery of Art, Washington, DC, and the Whitney Museum of American Art, New York. President’s Circle: The Bernard Osher Foundation. This project is supported in part by an award from the National Endowment for the Arts. Major support is provided by the Henry Luce Foundation and the Terra Foundation for American Art. This exhibition is supported by an indemnity from the Federal Council on the Arts and the Humanities. 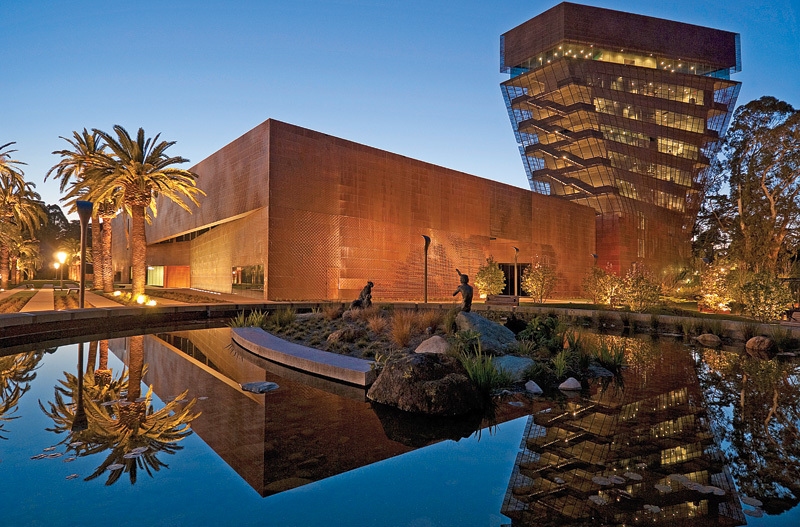 The Fine Arts Museums of San Francisco, comprising the de Young in Golden Gate Park and the Legion of Honor in Lincoln Park, are the largest public arts institution in San Francisco.

The de Young originated from the 1894 California Midwinter International Exposition in Golden Gate Park and was established as the Memorial Museum in 1895. It was later renamed in honor of Michael H. de Young, who spearheaded its creation. The present copper-clad landmark building, designed by Herzog & de Meuron, opened in October 2005. It holds the institution’s significant collections of American painting, sculpture, and decorative arts from the 17th to the 21st centuries; art from Africa, Oceania, and the Americas; costume and textile arts; and international modern and contemporary art.