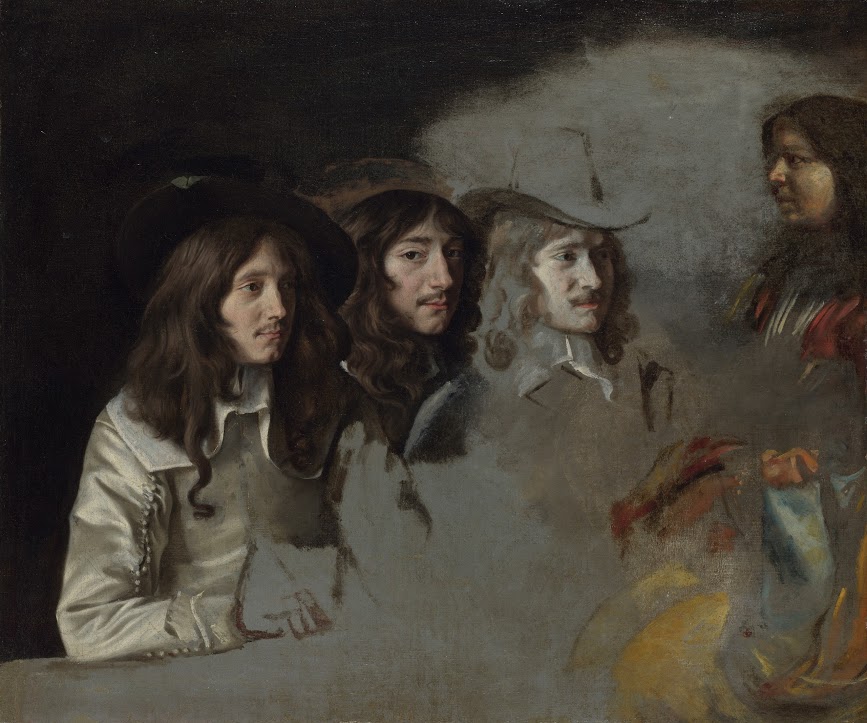 
The Fine Arts Museums of San Francisco present “The Brothers Le Nain: Painters of 17th-Century France”,
the first major exhibition in the United States devoted to the Le Nain brothers, Antoine (ca. 1598–1648), Louis (ca. 1600/1605–1648) and Mathieu (ca. 1607–1677). The presentation features more than forty of the brothers’ works to highlight the Le Nains’ full artistic production, and is organized in conjunction with the
Kimbell Art Museum in Fort Worth, Texas, and the Musée du Louvre-Lens in France. 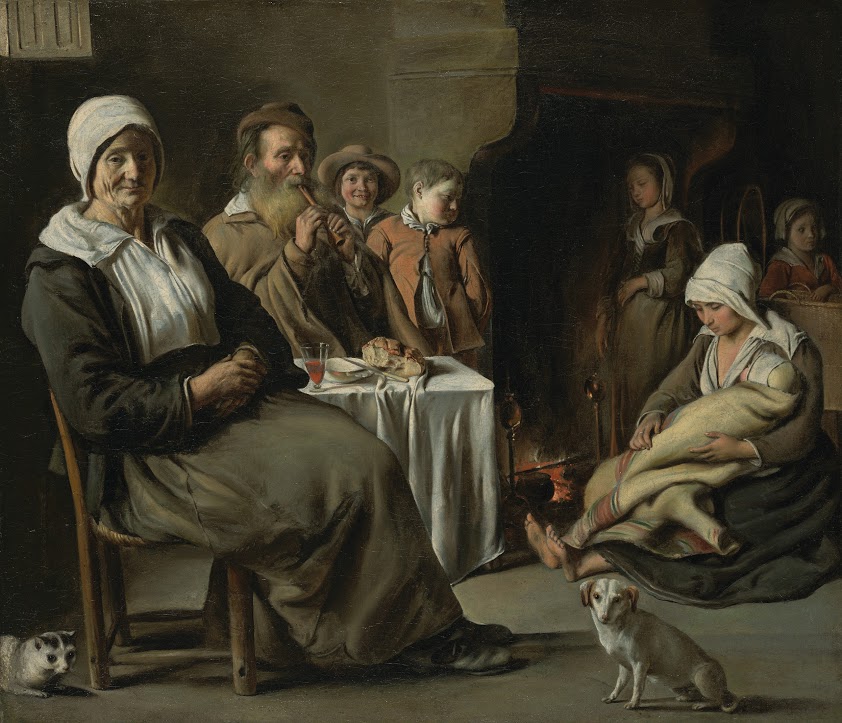 The brothers are today best known for their startlingly realistic depictions of the poor. Painters of altarpieces, portraits and allegories, the brothers’ work was rediscovered in the 19th century by such art historians as Champfleury, and influenced many artists including Gustave Courbet and Édouard Manet. The brothers then became famous as “painters of reality,” admired for their deeply sympathetic and affecting portrayals of hard-working men and women. In these paintings, we see smiling field laborers, city beggars with deadpan expressions, mothers cradling infants with perfect intimacy, and children that dance and play music with a lack of pretension. The Museums’ Peasants before a House is one of the finest examples of this subject. 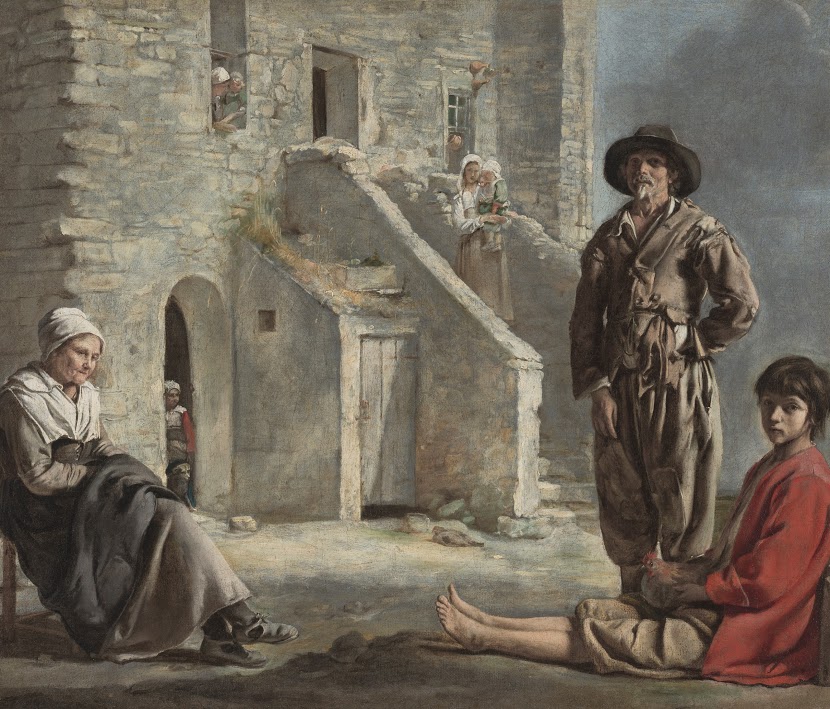 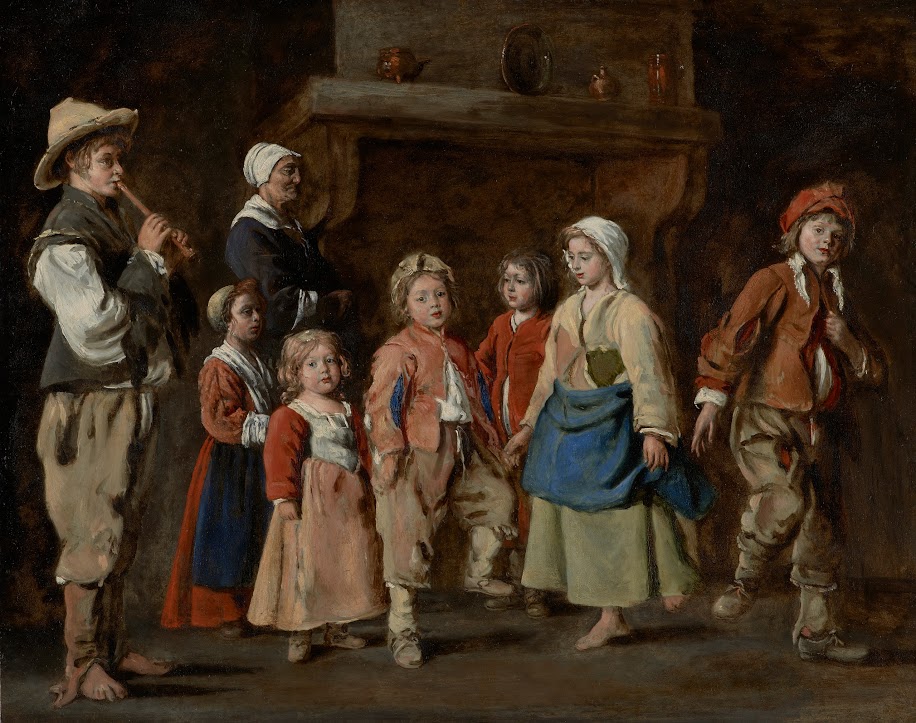 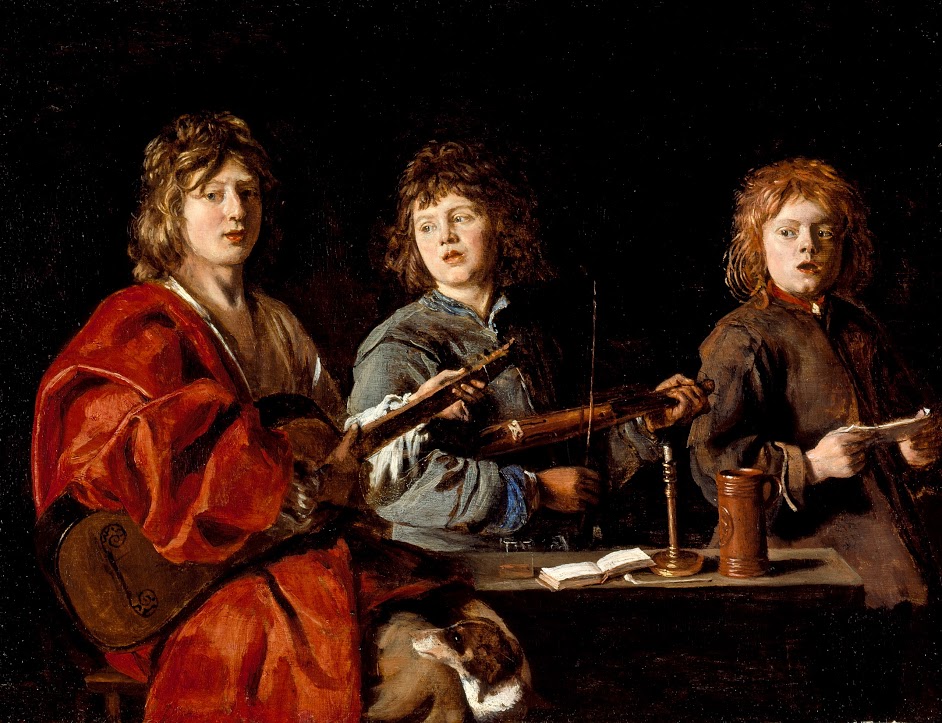 
“The brothers Le Nain have not been the subjects of a major exhibition since 1979, when more than 300,000 visitors first came to celebrate their masterful paintings at the Grand Palais in Paris,” says Max Hollein, Director of the Fine Arts Museums of San Francisco. “In fact, San Francisco is one of only nine cities in the United States to boast a public collection with a painting by the brothers. 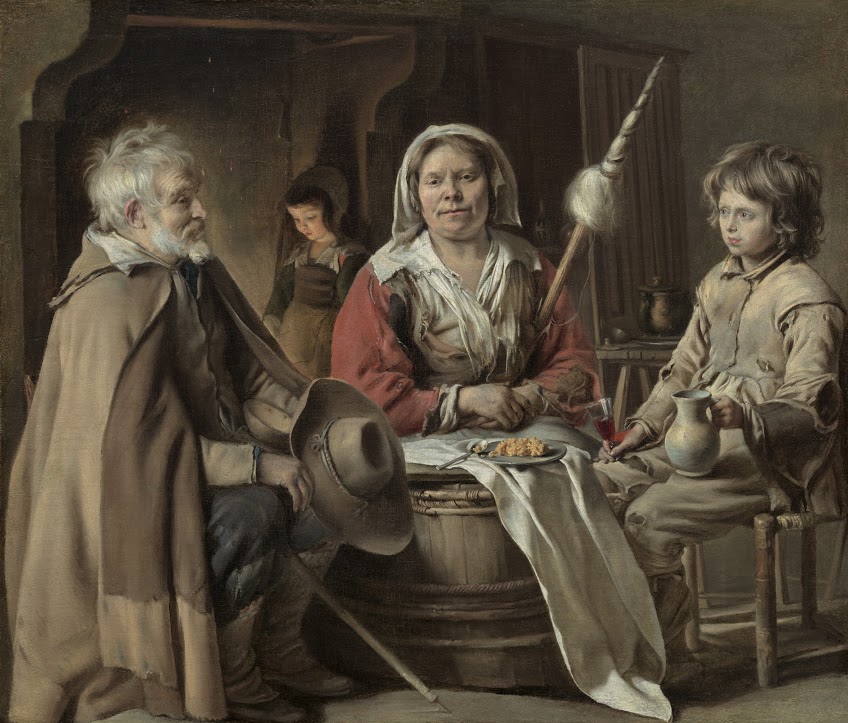 Despite their renown, many important details of the brothers’ lives and work continue to elude historians. This comprehensive presentation and its almost five-hundred-page catalogue offer new scholarship concerning the authorship, dating and meaning behind their art.
As the works were not individually signed, assigning a specific painting to a specific brother has long been a matter for debate.
Extensive new research has been conducted to address questions of authorship through direct comparisons of key works from the brothers’ oeuvre. Visitors will have the rare opportunity to compare these pieces side by side in the Legion of Honor’s galleries.
The exhibition also includes a substantial technical study from painting conservators at the Fine Arts Museums and the Kimbell, detailing the materials and working methods of the brothers. 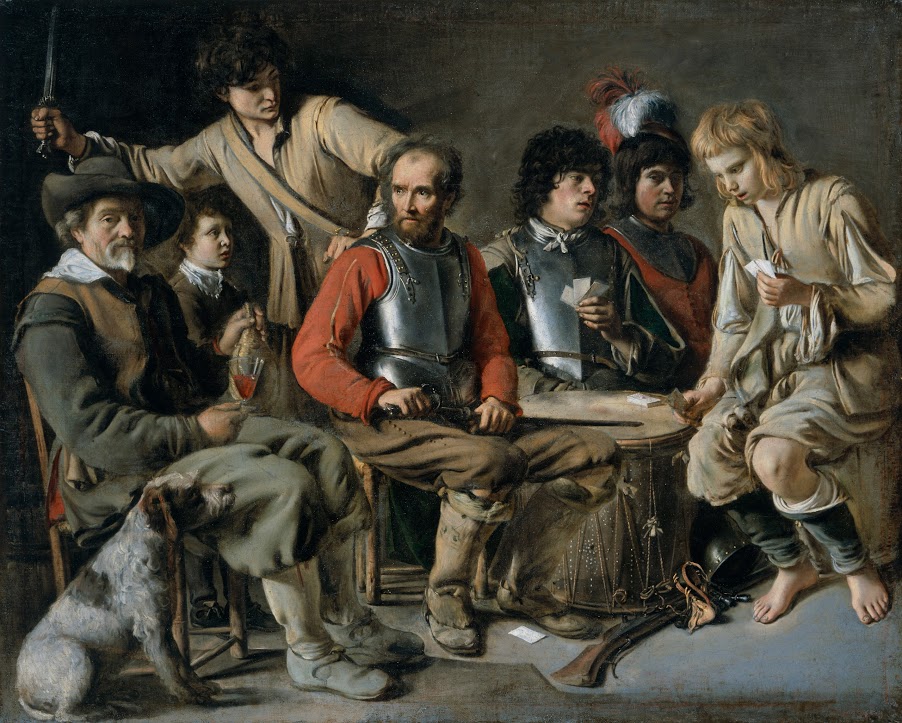 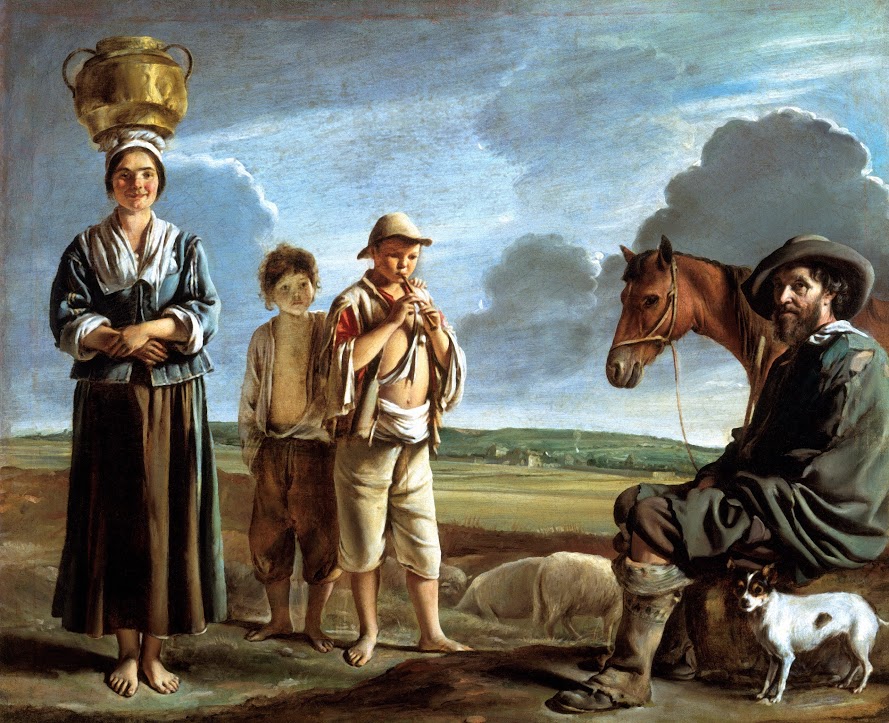 “Although Antoine, Louis and Mathieu Le Nain are better known to the European public,
this long-overdue presentation will reveal the power and mystery of their paintings, which are among the finest of France’s Golden Age,” says Esther Bell, Curator in Charge of European Paintings
for the Fine Arts Museums of San Francisco.

Admired in all subjects 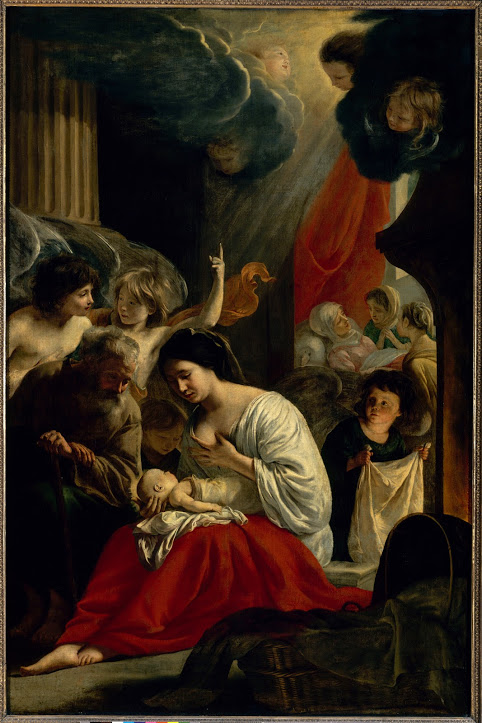 In their day, the brothers were celebrated not only as genre painters, but also as portraitists and painters of religious subjects.
One of their most important devotional works, Nativity of the Virgin, an altarpiece from Notre-Dame Cathedral, will be on display for the first time in the United States.
The exhibition also includes loans from the Musée du Louvre, the Victoria and Albert Museum and the Royal Collection of Her Majesty Queen Elizabeth II. 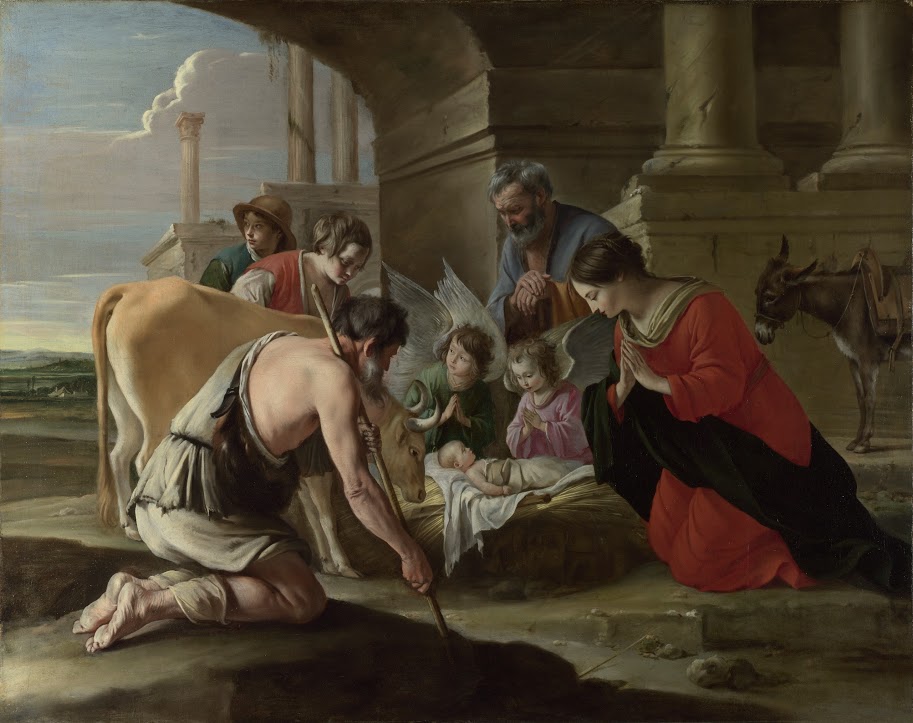 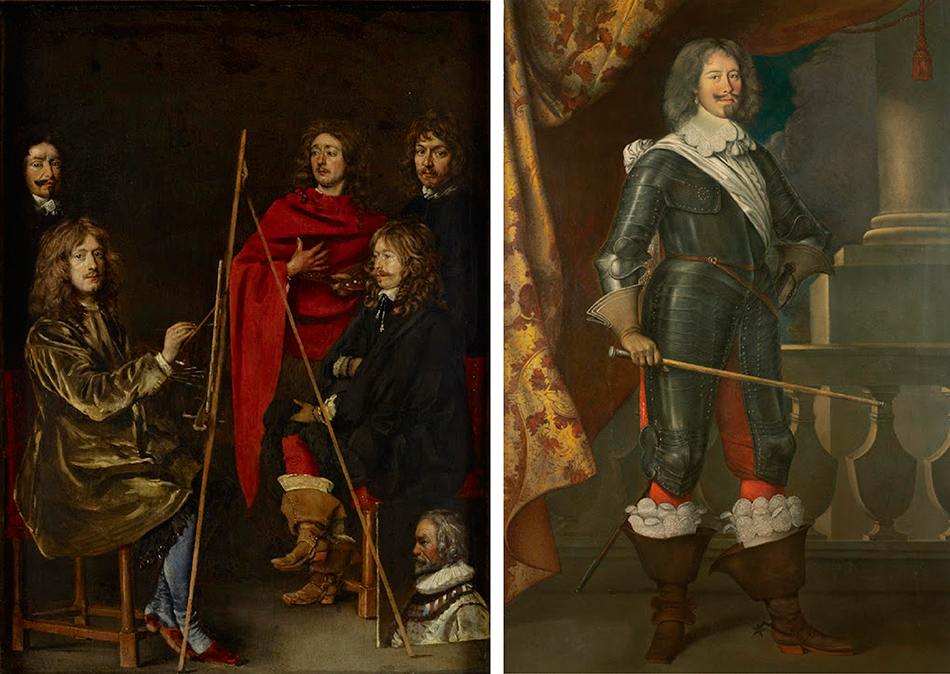 Patrons of the brothers included Anne of Austria, Cardinal Mazarin, and the captain of the royal musketeers, le comte de Tréville—one of the inspirations for Alexandre Dumas’s celebrated novel The Three Musketeers.
A portrait of Tréville will be on view for the first time in more than sixty years. 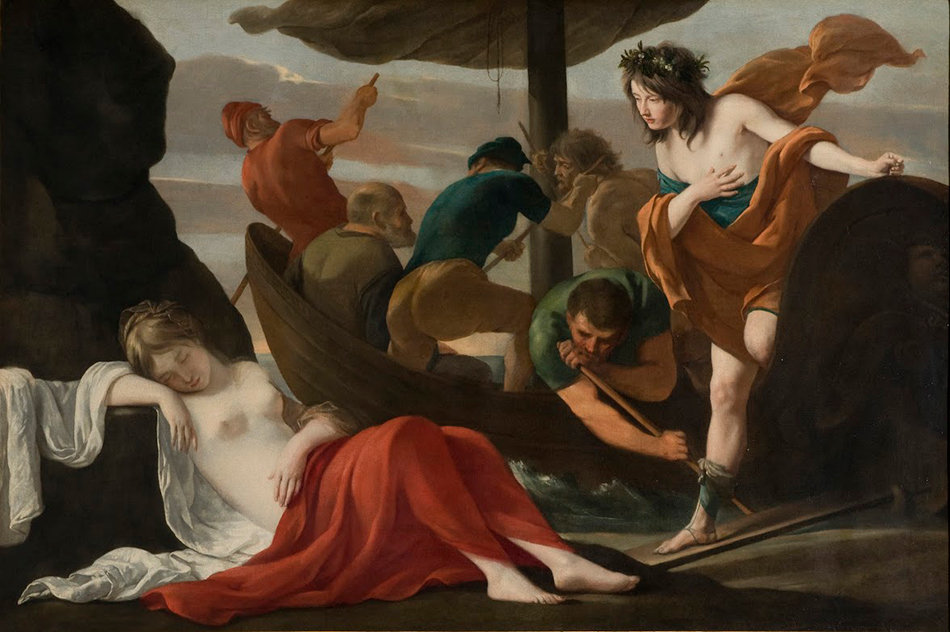 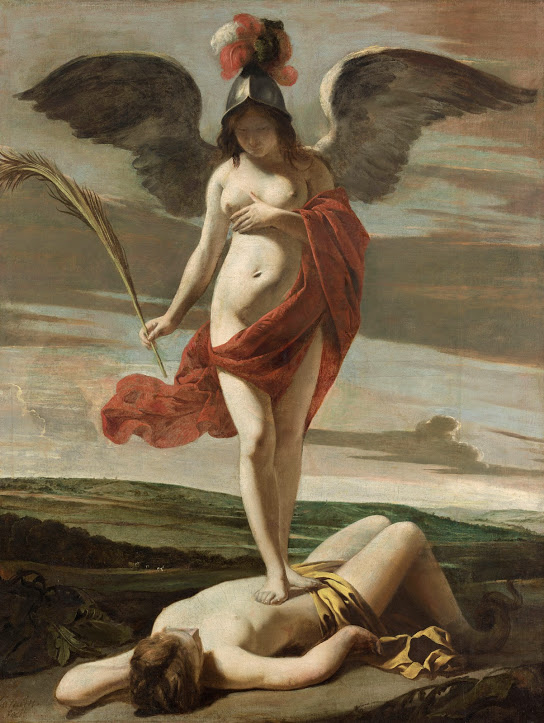 Unmarried and childless, the brothers lived and worked together in a tightly interwoven manner to produce some of the most enigmatic and arresting paintings of their time. Born in the small town of Laon, in the Picardy region of France, they were reportedly trained by an unknown artist who may have been traveling through their hometown.
Very little is known about the brothers’ artistic activity until 1629, when Antoine Le Nain is documented as a painter in the guild of Saint-Germain-des-Prés, Paris. Recognized by their peers as leaders in the contemporary artistic landscape, all three were elected early members of the Académie Royale de Peinture et de Sculpture in the French capital.

Views of the exhibition 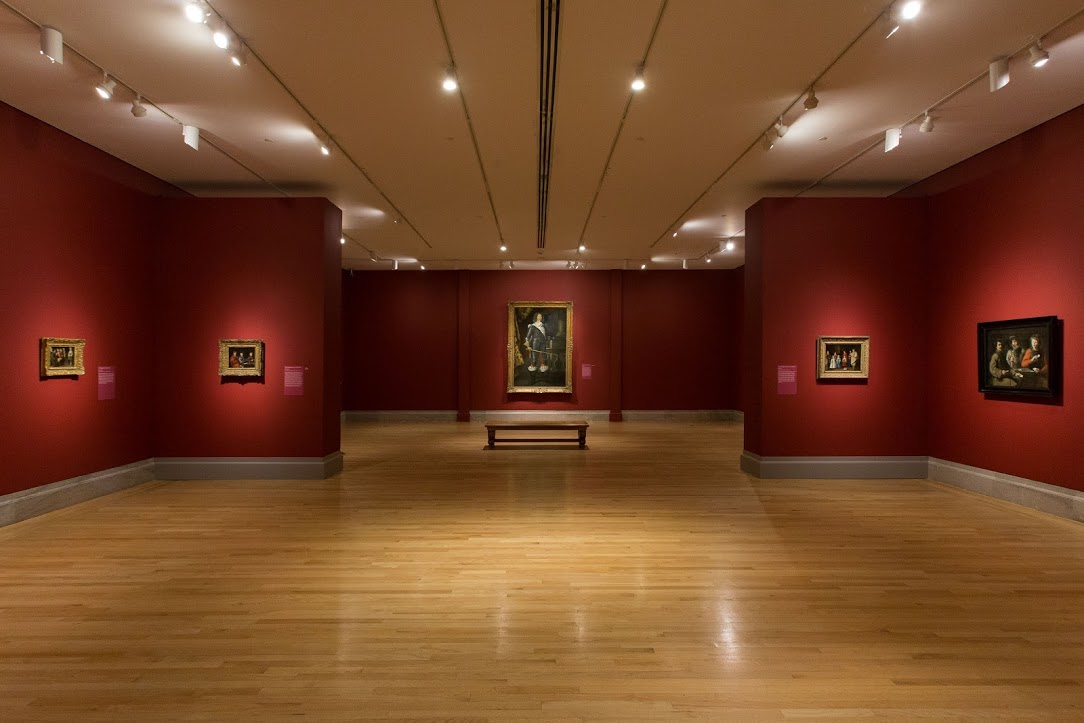 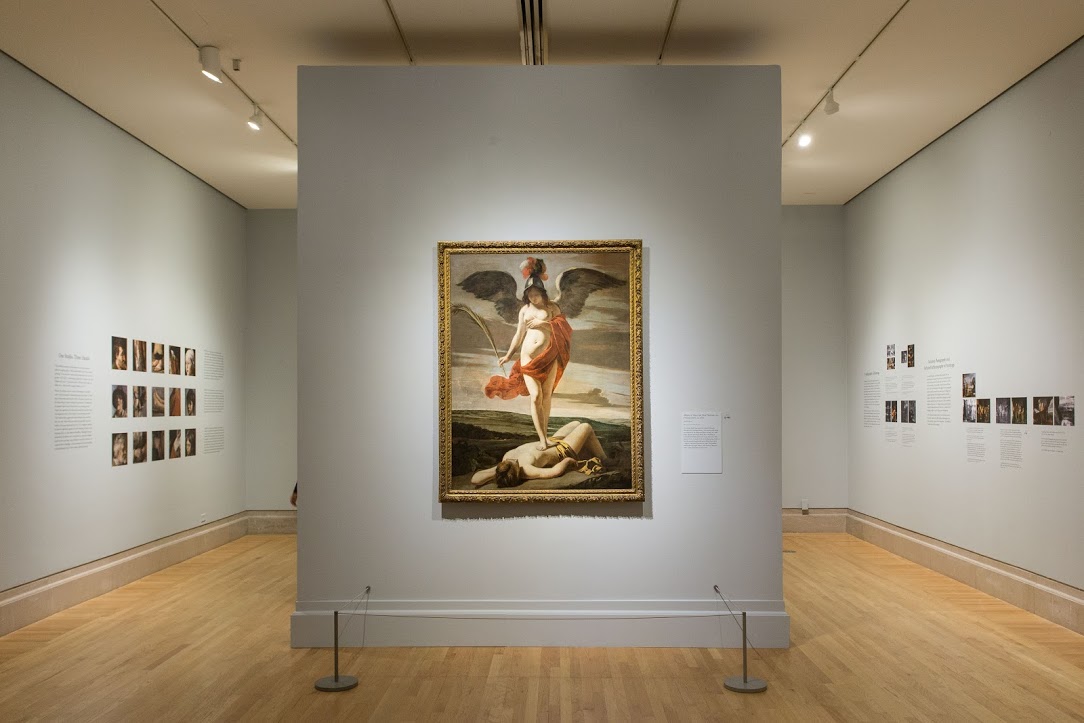 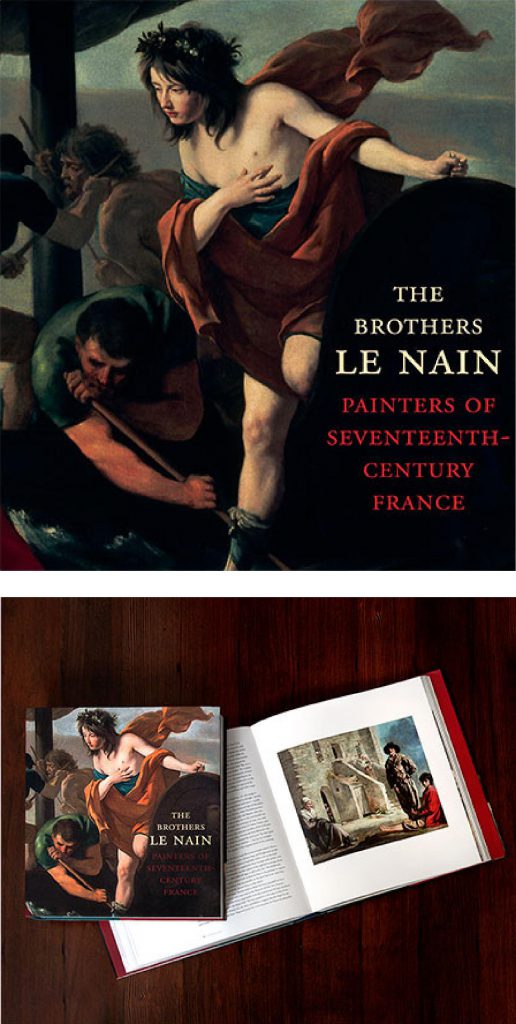 Featuring more than sixty paintings highlighting the artists’ full range of production, including altarpieces, private devotional paintings, portraits and the poignant images of peasants for which the brothers are best known, this illustrated volume presents new research by leading scholars in the field concerning the authorship, dating and meaning of the works.

Also groundbreaking are the results of a technical study of the paintings, which constitutes a major contribution to the scholarship on the Le Nain brothers.

Copies are available for purchase online at the museum stores.

Exhibition Organization. This exhibition is organized by the Fine Arts Museums of San Francisco, the Kimbell Art Museum, and Musée du Louvre-Lens.

Diane B. Wilsey. Curator’s Circle: The Bernard Osher Foundation. Conservator’s Circle: Mr. Lionel Sauvage. Benefactor’s Circle: Phoebe Cowles and Robert Girard.
The exhibition is supported by an indemnity from the Federal Council on the Arts and the Humanities.
The catalogue is published with the assistance of the Andrew W. Mellon Foundation Endowment for Publications.

The Fine Arts Museums of San Francisco, comprising the de Young in Golden Gate Park and the Legion of Honor in Lincoln Park, are the largest public arts institution in San Francisco.
The Legion of Honor was inspired by the French pavilion at San Francisco’s Panama-Pacific International Exposition of 1915 and, like that structure, was modeled after the neoclassical Palais de la Légion d’Honneur, in Paris. The museum, designed by George Applegarth, opened in 1924 on a bluff in Lincoln Park overlooking the Golden Gate. Its holdings span 4,000 years and include European painting, sculpture, and decorative arts; ancient art from the Mediterranean basin; and the largest collection of works on paper in the American West.