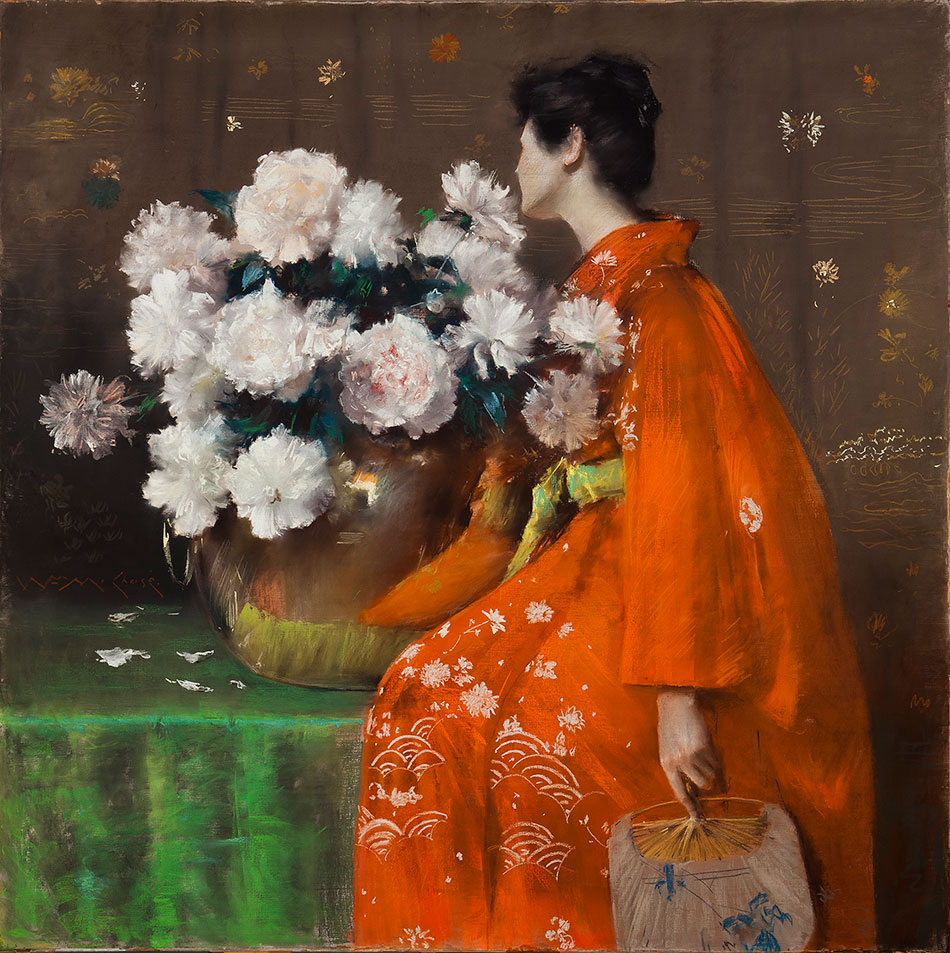 The Phillips Collection presents a major international exhibition on American artist
William Merritt Chase (1849–1916). A renowned figure in the international art circles of the late 19th and early 20th centuries. 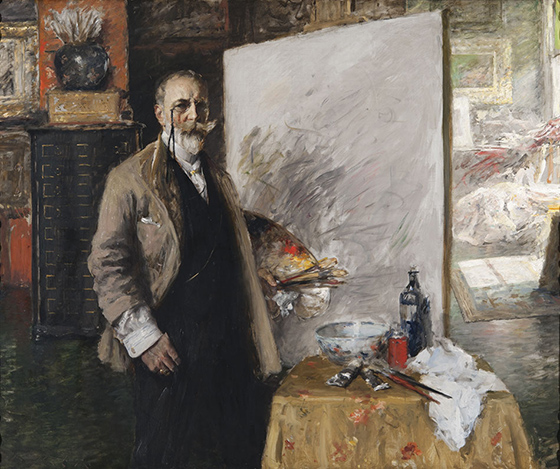 A brilliant observer
of contemporary life

William Merritt Chase was an innovative painter, and an influential teacher. Marking the centennial of his death, this retrospective—the first in more than three decades—explores the interrelationships in Chase’s work across subject and media.
William Merritt Chase, Self-Portrait in
4th Avenue Studio, 1915–16.
Oil on canvas, 52 1/2 x 63 1/2 in.
Richmond Art Museum purchase and gift of Warner M. Leeds, 1916

William Merritt Chase Exhibition brings together more than 75 of the artist’s best works from all phases of his four-decade-long career, from portraits and figurative paintings, to urban park scenes, domestic interiors, still lifes, and landscapes. Also includes several fine examples of Chase’s pastels to highlight the integral role the medium played within his oeuvre. A co-founder of the progressive Society of American Painters in Pastel, Chase was a leader in the late 19th-century revival of pastel painting and one of its most innovative practitioners.

Throughout his career, Chase experimented with pastel alongside his work in oil, translating the painterly qualities of wet color to the velvety effects of dry pigment. William Merritt Chase sheds new light on the artist’s aesthetic philosophy, artistic practice, and working methods, while positioning his work within the vibrant international cultural climate at the turn of the 20th century. Drawing on significant new scholarship in the field since the last Chase retrospective in 1983, this exhibition provides a fresh appraisal of the artist and his important contribution to the history of American art. 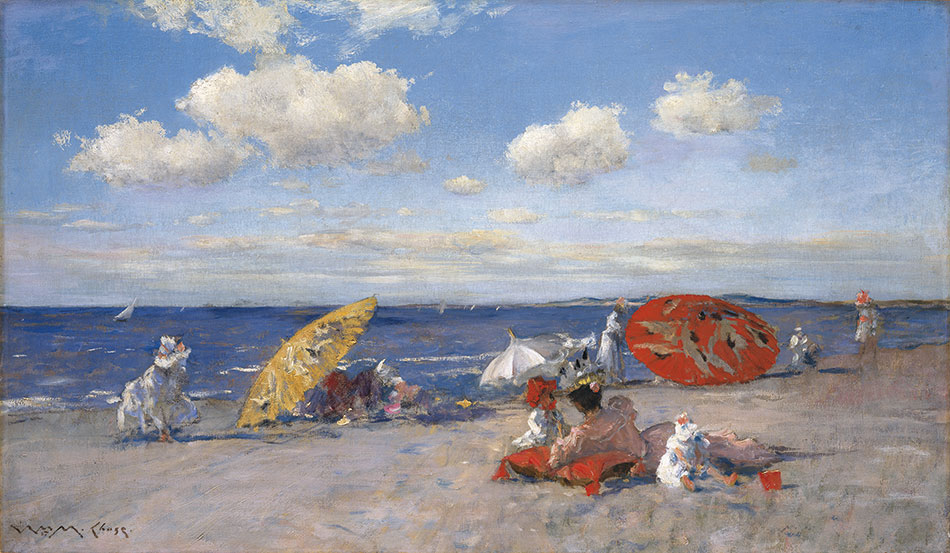 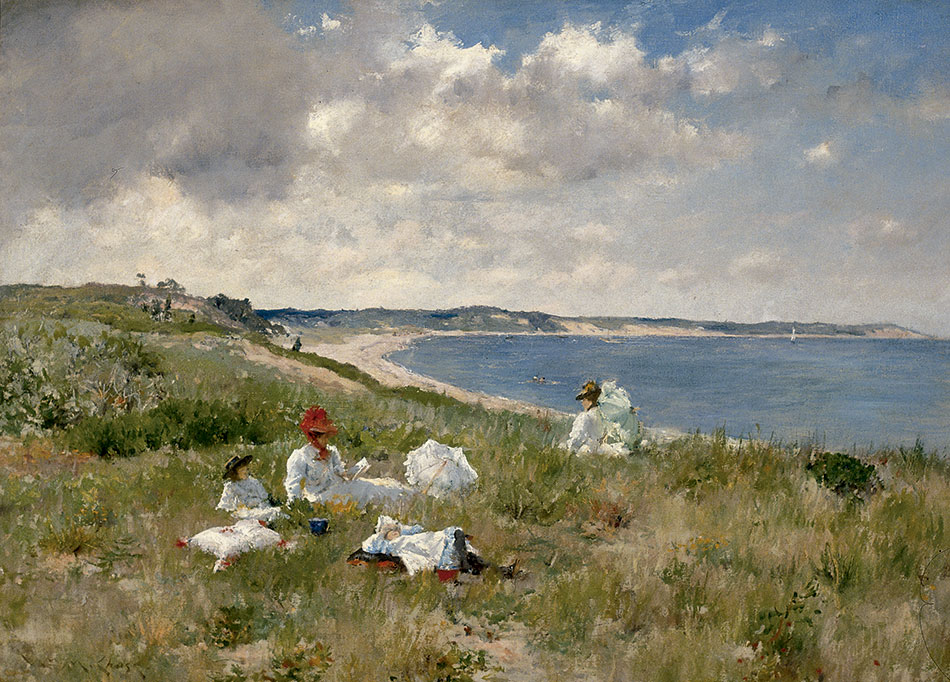 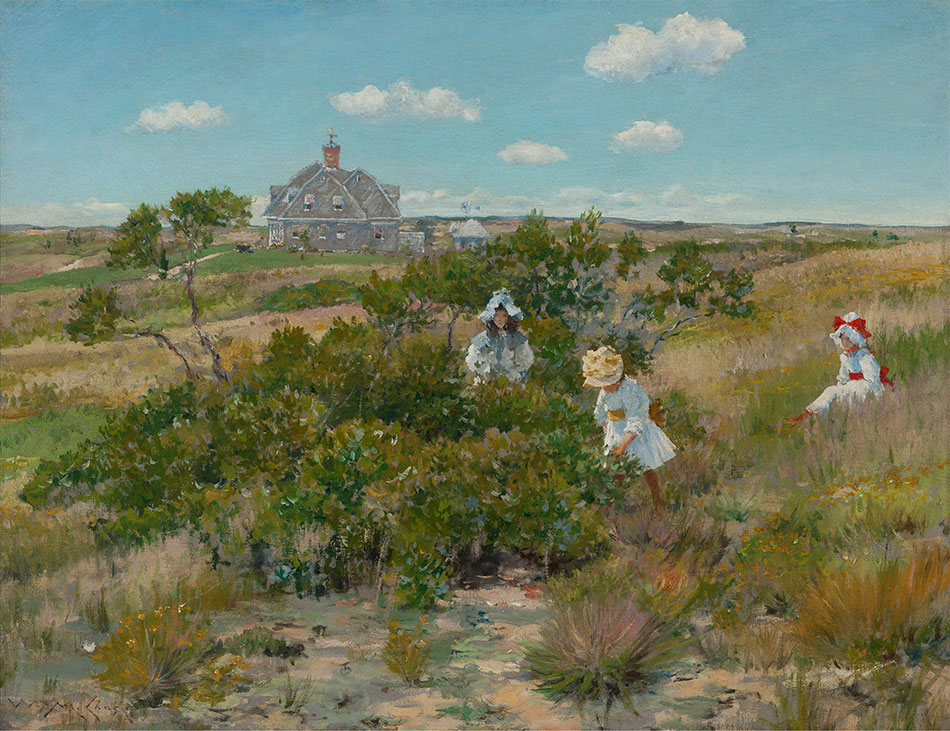 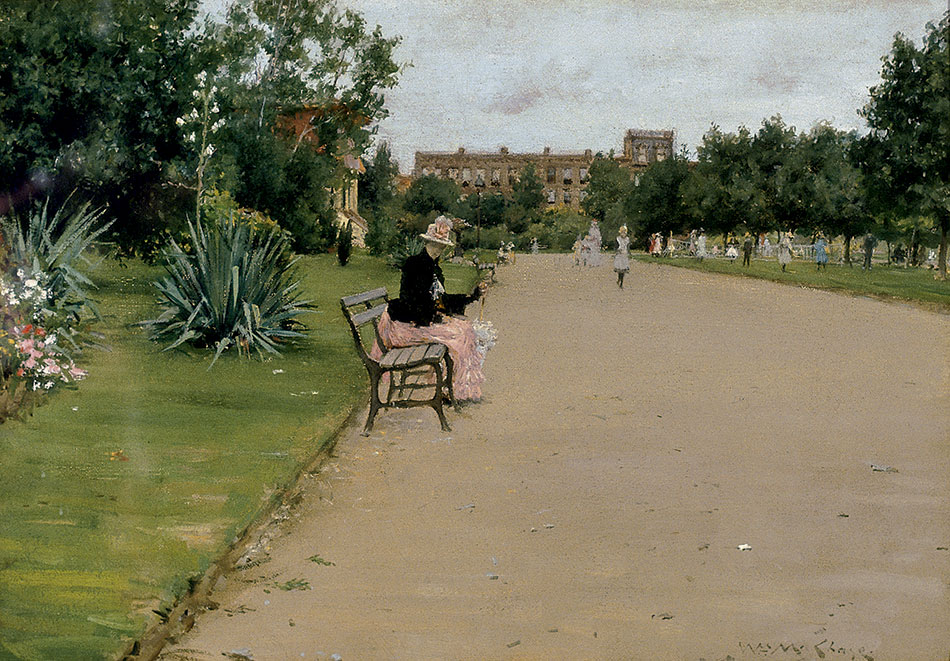 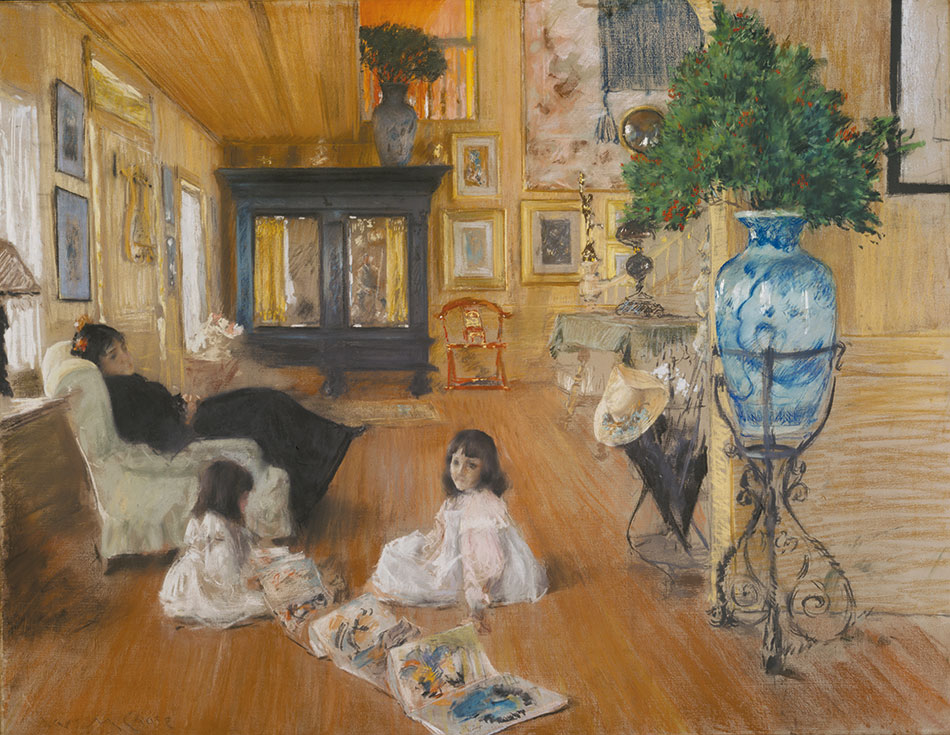 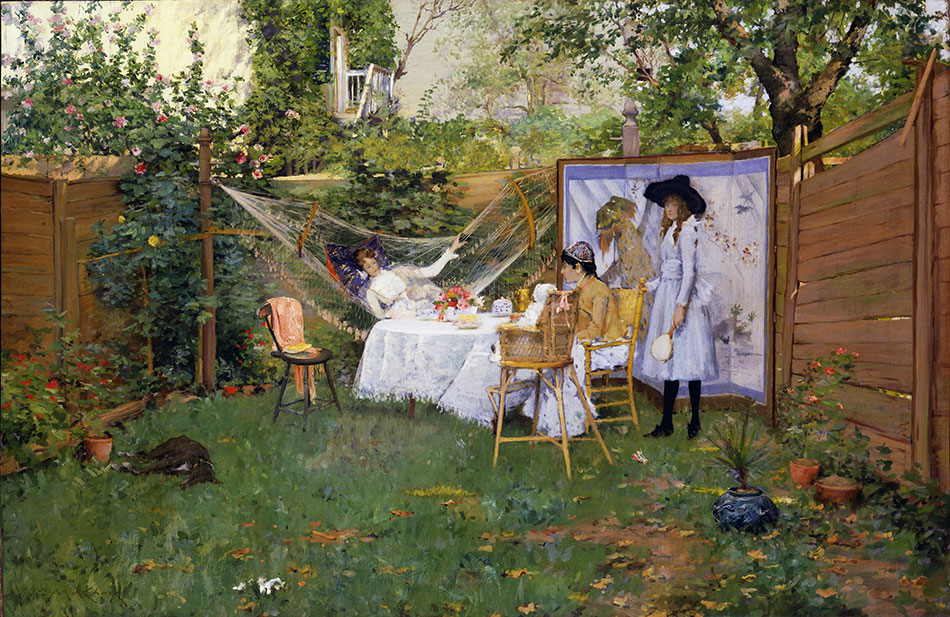 William Merritt Chase, The Open Air Breakfast, c. 1888. Oil on canvas, 37 3/8 x 56 3/4 in. Toledo Museum of Art. Purchased with funds from the Florence Scott Libbey Bequest in Memory of her father, Maurice A. Scott. 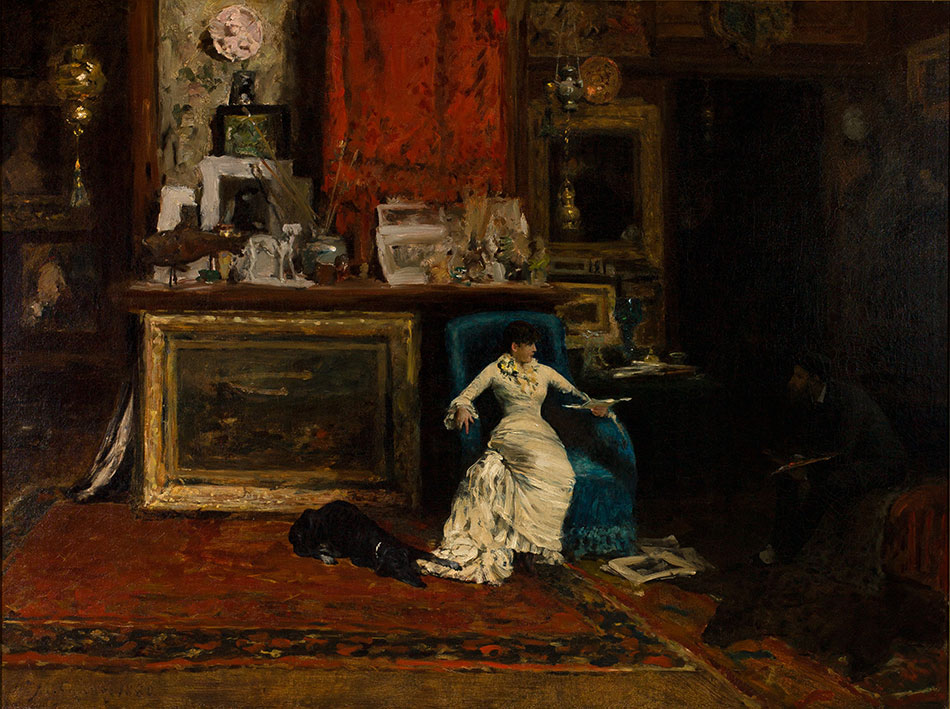 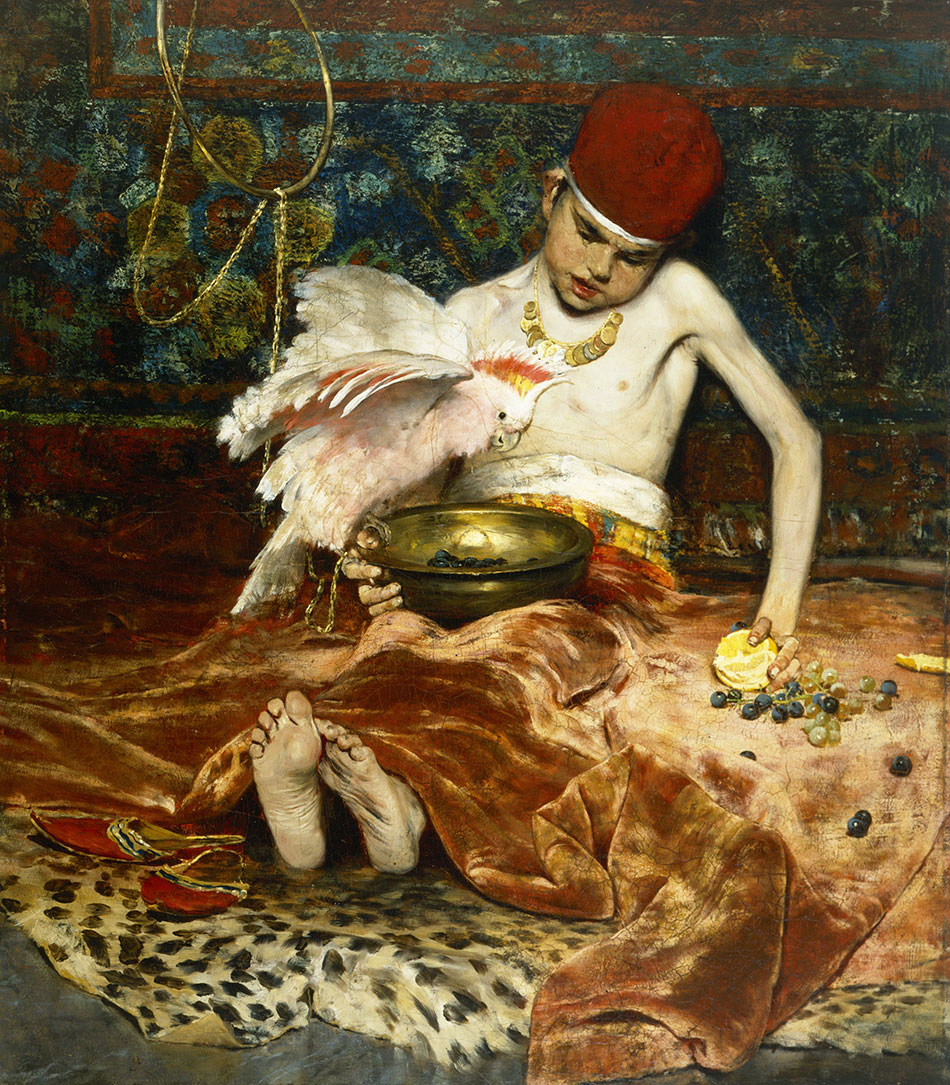 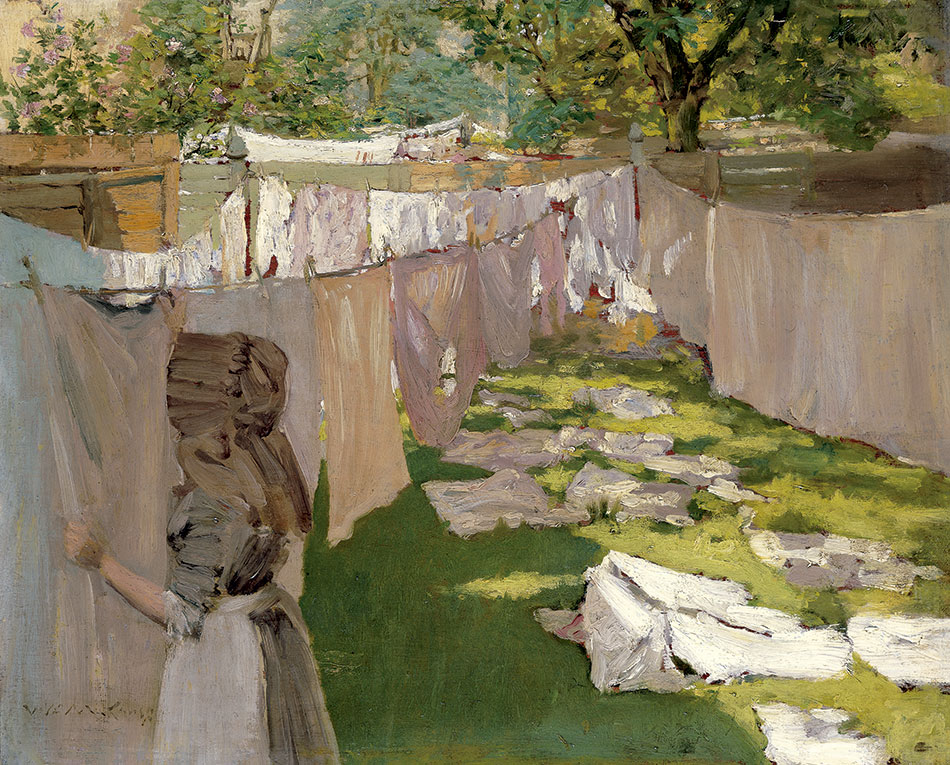 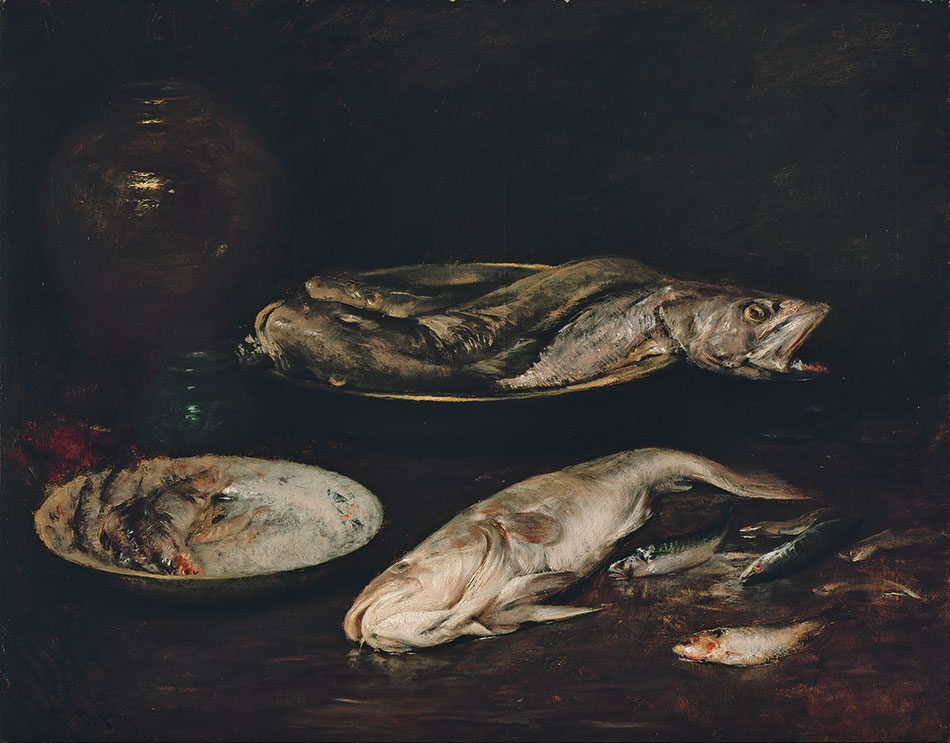 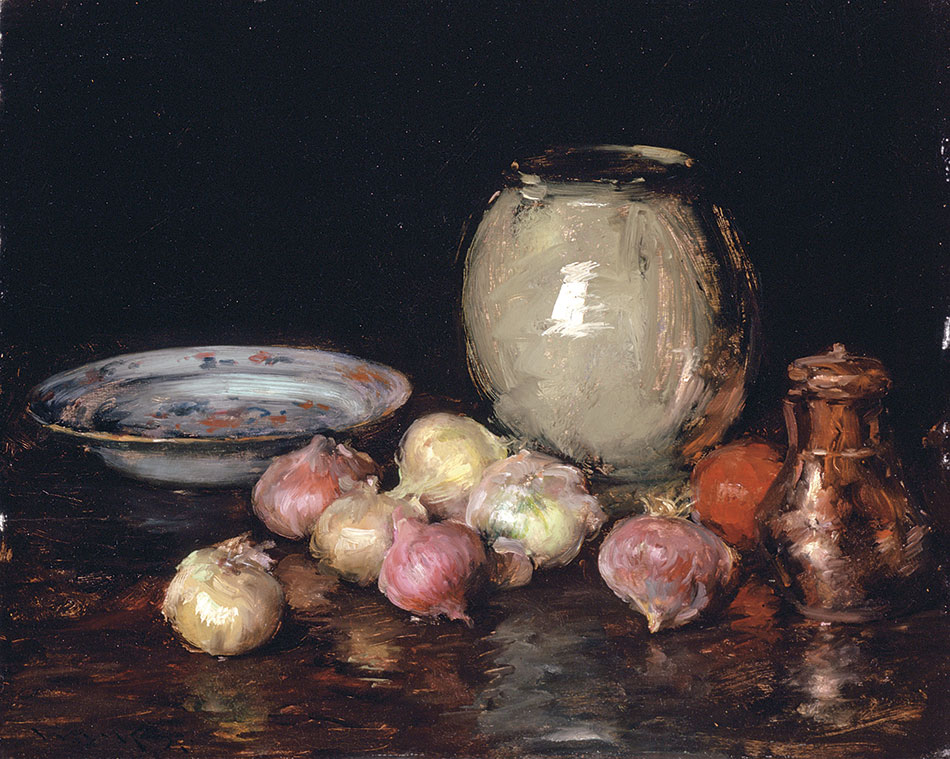 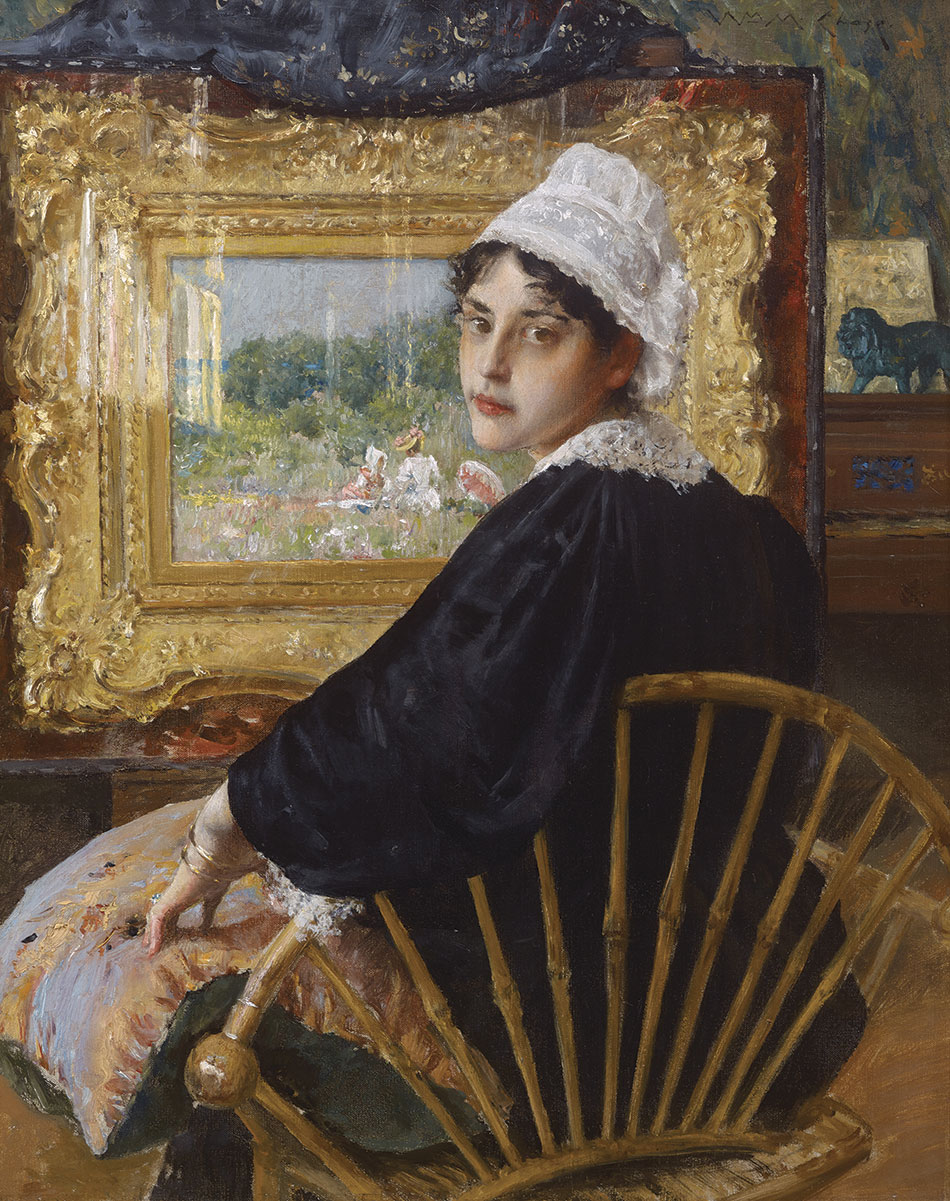 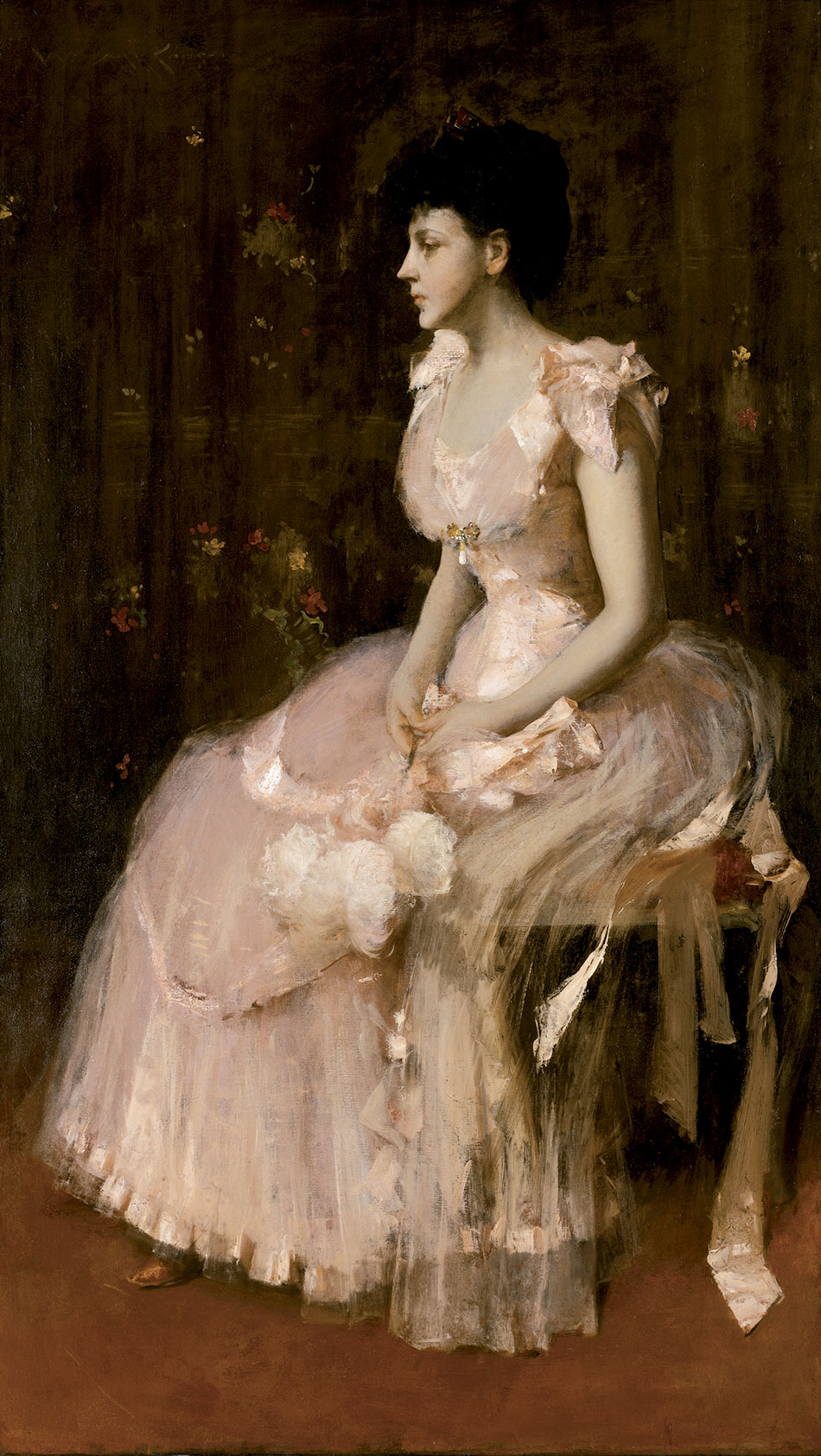 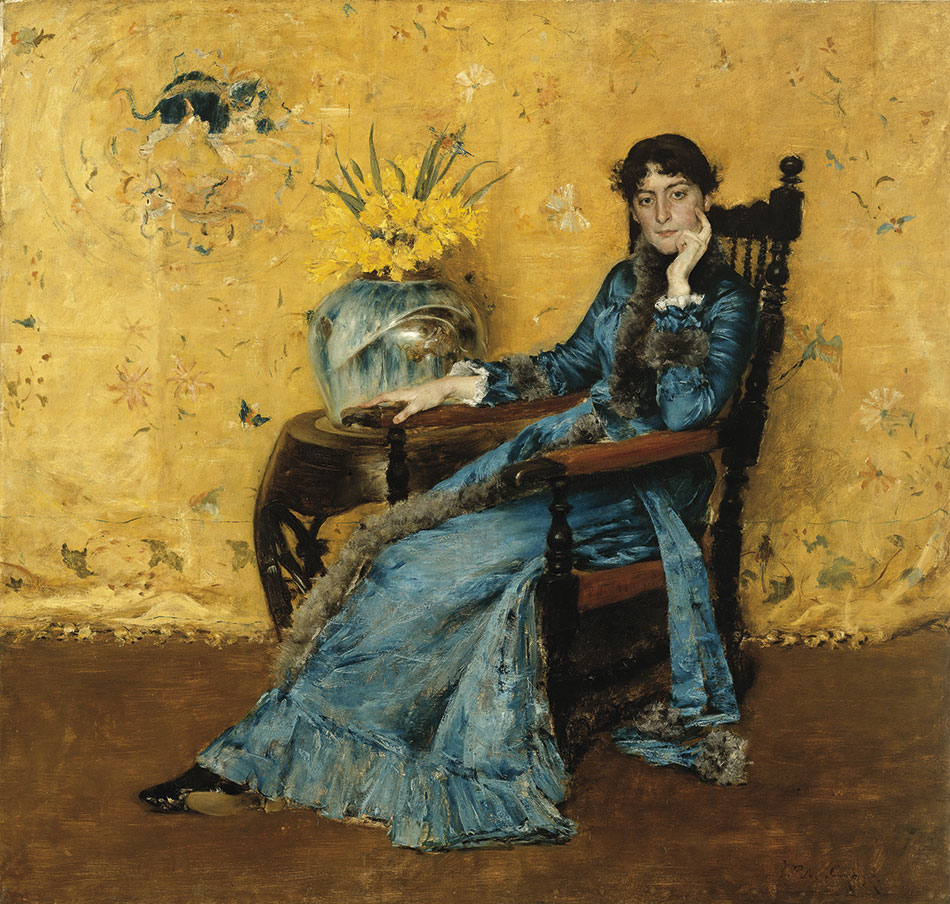 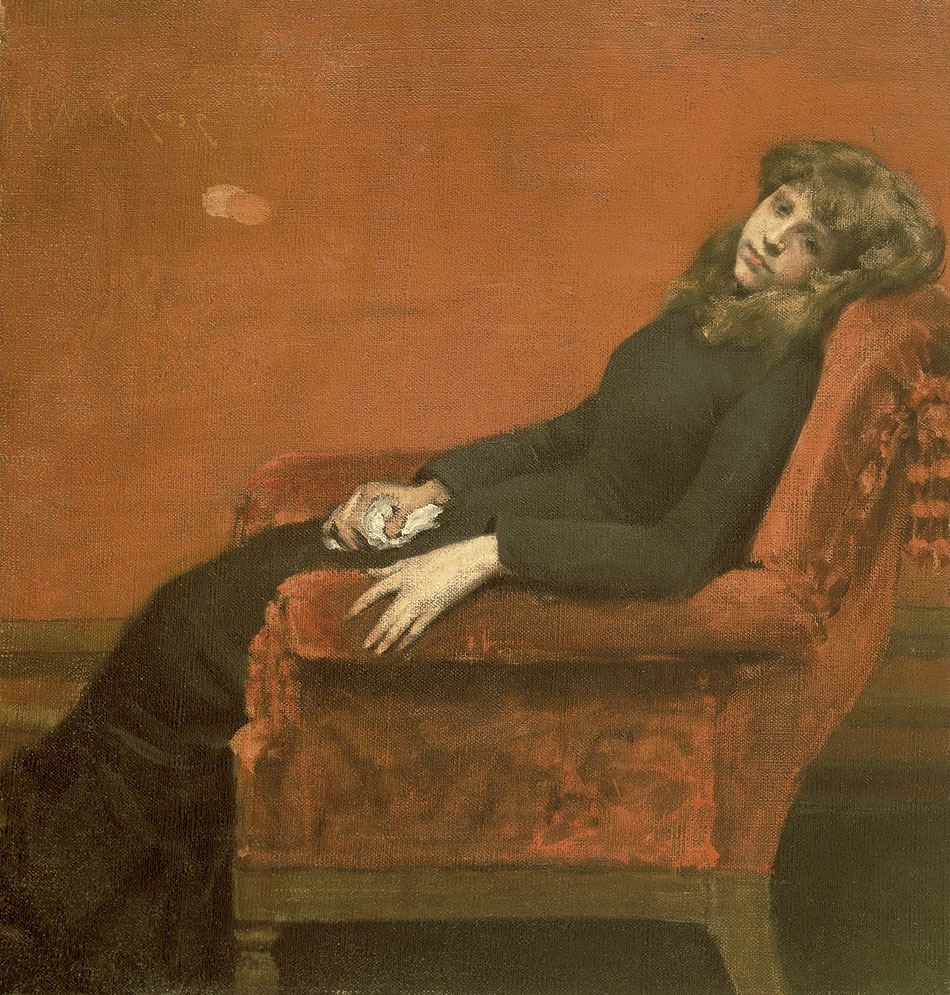 The exhibition also focuses attention on Chase’s role as a highly influential and devoted teacher, who trained and inspired the next generation of American artists, including Marsden Hartley, Edward Hopper, Georgia O’Keeffe, and Joseph Stella, who feature prominently in the Phillips’s permanent collection. 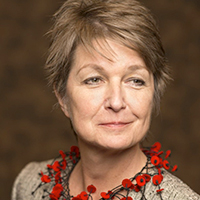 “William Merritt Chase once said, ‘Art has become international… the best of art today belongs to all countries combined and localization has been entirely done away with,’ and this curatorial team’s rigorous intellectual study is aptly driven by an international approach,” says Director Dorothy Kosinski. “A growing interest in transnational approaches to historical” 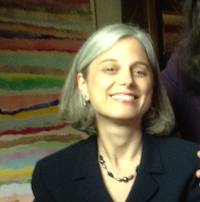 “Today, as the history of American art is being rewritten through 21st-century eyes, long overlooked but revolutionary figures like Chase deserve renewed attention,” explains Curator Elsa Smithgall. “While the artist’s so-called ‘eclecticism’ has made it a challenge for scholars to fit him into a particular art movement, this exhibition firmly redresses that position by asserting that Chase’s stylistic experimentation is one of his strongest virtues. The Phillips has celebrated American art and artists since it opened to the public in 1921, and this in-depth presentation of Chase enriches our understanding of his vital place within the history of American art and his lasting legacy in the art of our time.”

This exhibition will be the first Chase retrospective to be exhibited abroad, traveling to the International Gallery of Modern Art, Venice, Italy, in February 2017 after appearing at the Museum of Fine Arts, Boston, October 2016–January 2017. 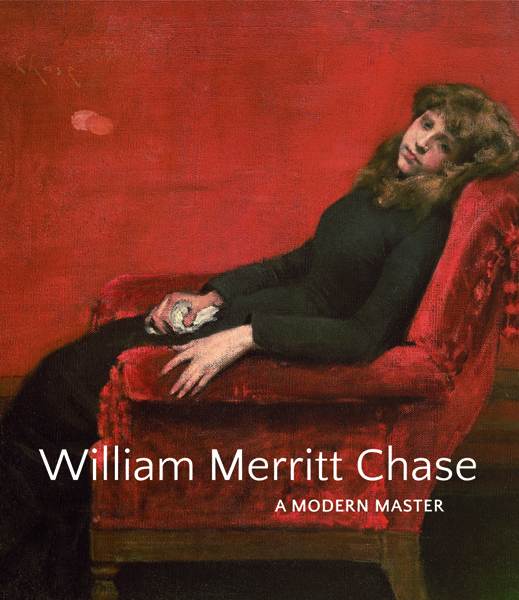 William Merritt Chase: A Modern Master
is accompanied by a fully illustrated catalogue, published by The Phillips Collection in association with Yale University Press.

Available this spring for $60 in the museum shop and online: www.shop.phillipscollection.org