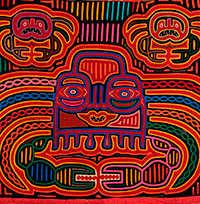 Mola Textiles of Panamá: Fashioning Identity
For the Guna women of Panamá, the mola, a hand-sewn cotton blouse and a key component of traditional dress, is a powerful symbol of culture and identity. Strong expressions of duality, repetition, and equilibrium are evident in mola imagery, both in single panels and those comprising the front and back of a blouse… READ MORE 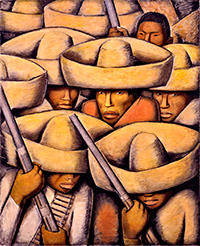 MUSEUM OF FINE ARTS, HOUSTON. 175 masterpieces by well-known figures such as Frida Kahlo, José Clemente Orozco, Diego Rivera, and David Alfaro Siqueiros, as well as important contemporaries. An exhibition that charts the development of Modern art in Mexico and the social, political, and cultural forces that shaped it over the course of nearly half a century, including easel paintings, large-scale portable murals and mural fragments, prints, photographs, books, newspapers, and broadsheet. Paint the Revolution is unprecedented for its breadth and the variety of visual materials on display… READ MORE 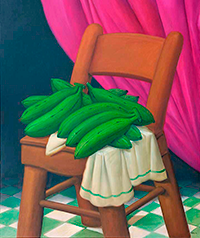