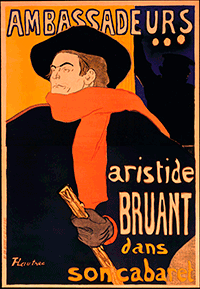 PAINTER. HENRI DE TOULOUSE-LAUTREC
MUSEUM OF FINE ARTS BOSTON presents “Toulouse-Lautrec and the Stars of Paris”. The exhibition examines how Toulouse-Lautrec pushed his art in new directions to portray the celebrity culture of his time—equally fascinated, much like today, with the performers’ personal lives as with the roles they played. Using brazen colors and expressive lines, the artist depicted the defining gestures, costumes and expressions of the celebrities of the day, many of whom were his personal friends. The exhibition present more than 200 of Toulouse-Lautrec’s evocative posters, prints and paintings, including more than 100 works from the BPL’s collection… READ MORE 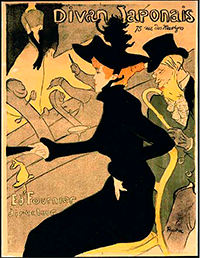 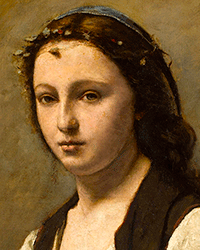 PAINTER. CAMILLE COROT
NATIONAL GALLERY OF ART. “WOMEN”. Dressed in rustic Italian costume or nude on a grassy plain, rendered with a sophisticated use of color and a deft, delicate touch, Corot’s women convey a mysterious sense of their inner lives. Corot: Women Exhibition features 44 paintings created between the 1840s and the early 1870s: nudes, individual figures in costumes, and an allegorical series of the model in the studio. One of the greatest landscape painters of the 19th century, Jean-Baptiste-Camille Corot (1796–1875) bridged the French neoclassical tradition and the impressionist movement of the 1870s… READ MORE 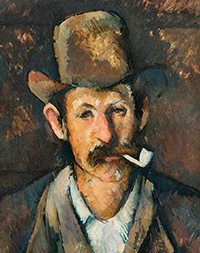 PAINTER. PAUL CÉZANNE
NATIONAL GALLERY OF ART. “Portraits” is the first exhibition devoted exclusively to this often-neglected genre of his work. The revelatory exhibition explores the pictorial and thematic characteristics of Paul Cézanne’s (1839–1906) portraits, the chronological development of his style and method, and the range and influence of his sitters.
Cézanne painted almost 200 portraits, The exhibition presents a selection of portraits… READ MORE 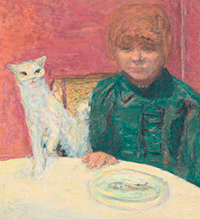 PAINTER. PIERRE BONNARD
LEGION DE HONOR. The exhibition celebrates Bonnard (French, 1867–1947) as one of the defining figures of modernism in the transitional period between Impressionism and abstraction. Several themes from Bonnard’s career will emerge, including the artist’s great decorative commissions where the natural world merges with the bright colors and light of the South of France, where windows link interior and exterior spaces, and where intimate scenes disclose unexpected phantasmagorical effects…  READ MORE 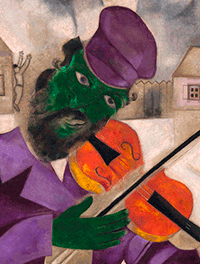 PAINTER. MARC CHAGALL
Fantasies for the Stage
LACMA. Concentrated in four theatrical productions created over a quarter century: Aleko (1942), The Firebird (1945) , Daphnis and Chloe (1959), and The Magic Flute (1967). The exhibition comprises 145 objects, including 41 vibrant costumes; nearly 100 preparatory sketches; rare 1942 film footage of the original performance of Aleko; musical accompaniments for each section; and a selection of… READ MORE 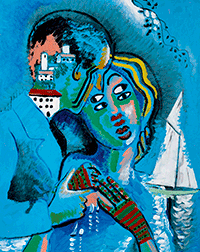 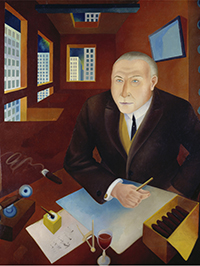 PAINTERS. NEW OBJECTIVITY
German Art in the Weimar Republic, 1919–1933
LACMA. Los Angeles County Museum of Art. During the 14 years of the Weimar Republic, artists in Germany grappled with the devastating aftermath of World War I:  the social, cultural, and economic effects of rapid modernization and urbanization; staggering unemployment and despair; shifting gender identities; and developments in technology and industry. Situated between the end of World War I and the Nazi assumption of power, Germany’s first democracy thrived as a laboratory for widespread cultural achievement…  READ MORE

SCULPTOR. AUGUSTE RODIN
100 Years “The Legacy of a Genius”
CLEVELAND MUSEUM OF ART. Like Michelangelo, he uses the vocabulary of the body, he talks of human passions and destinies, a language that speaks to all cultures and all shades of opinion. Rodin changed the course of sculpture through his innovation, exploring human passions, using body language and creating unexpected assemblages…  READ MORE 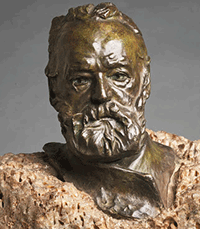 SCULPTOR. AUGUSTE RODIN
“Centenary”
LEGION OF HONOR. In 1915, Legion of Honor founders Alma and Adolph Spreckels began assembling what American dancer Loie Fuller called “the greatest collection of perfect Rodins in the world”; the museum’s holdings remain among the finest pieces made during the artist’s lifetime… READ MORE 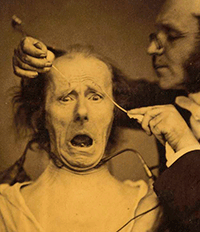 PHOTOGRAPHER. Nineteenth-Century Photographs
NATIONAL GALLERY OF ART. The Gallery presents a selection of 140 photographs of 19th century pioneers of photography from its important collection, one of the best collections in America. The exhibition begins with the earliest examples of photography—daguerreotypes and photogenic drawings and salted paper prints by William Henry Fox Talbot—and continues with thematic sections ranging from portraiture to landscape…READ MORE